Why now is the time for banks to use their data to support customers
Our website publishes news, press releases, opinion and advertorials on various financial organizations, products and services which are commissioned from various Companies, Organizations, PR agencies, Bloggers etc. These commissioned articles are commercial in nature. This is not to be considered as financial advice and should be considered only for information purposes. It does not reflect the views or opinion of our website and is not to be considered an endorsement or a recommendation. We cannot guarantee the accuracy or applicability of any information provided with respect to your individual or personal circumstances. Please seek Professional advice from a qualified professional before making any financial decisions. We link to various third-party websites, affiliate sales networks, and to our advertising partners websites. When you view or click on certain links available on our articles, our partners may compensate us for displaying the content to you or make a purchase or fill a form. This will not incur any additional charges to you. To make things simpler for you to identity or distinguish advertised or sponsored articles or links, you may consider all articles or links hosted on our site as a commercial article placement. We will not be responsible for any loss you may suffer as a result of any omission or inaccuracy on the website. 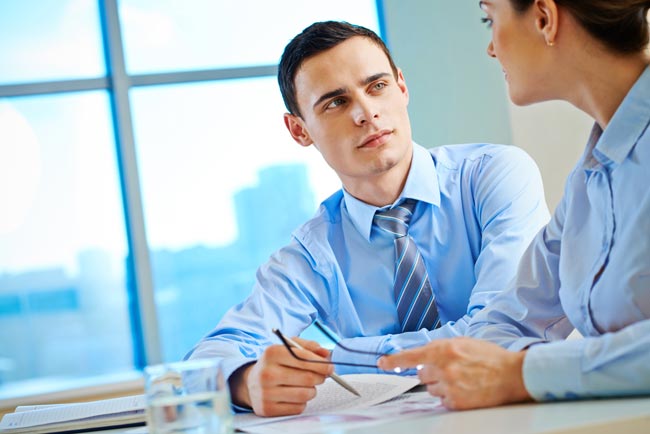 By Felicia Rosenzweig, Partner at Prophet

It’s hard to believe, but there’s probably never been a better time to be a British retail bank. However, it’s vividly apparent that banks are struggling to fully perceive and capitalise on all of the consumer opportunities before them. Prophet’s recently released 2016 Brand Relevance Index shows that UK consumers don’t see bank brands as relevant in their lives – only one bank out of 10 cracked the Top 100 (Nationwide at #46). Given all of the consumer-driven opportunity, how can banks not be relevant to consumers’ lives?

There’s clearly a disconnect, and if they’re going to move beyond perceived mediocrity, UK banks need to be much more honest with themselves and their consumers about where and why the relationship isn’t quite working and what they’re going to do about it.

Relevance seems like one of those ‘I know it when I see it’ ideas, but the Prophet study takes a more focused approach, and also reinforces the crucial link between relevance and growth. Relevant brands consistently inspire and provoke customers and partners to take action. They make smart, bold moves both in-market and internally that amaze, push competitors out of consideration, and, when opportunities arise, define entirely new categories and markets. And they do it whilst remaining unswervingly authentic.

Using this lens, we can start to see why most UK banks aren’t connecting with consumers the way they could. There’s a fair amount of boldness and proactivity in retail banking right now, but very little of it is coming from the banks.

One could chalk it up to banking being a ‘boring industry’ – unsurprisingly, consumers see global ‘tech’ brands as extremely relevant — Apple, Google and Amazon are #1, 2 and 3, respectively in the UK. But financial services companies like PayPal (#26), Visa (#41) and Mastercard (#73) are also perceived as more relevant than most of the included banks:

Nationwide stands out amongst UK retail banks as a consistent, trusted brand that is there when consumers need it, and unlike other bank brands tarnished by the 2007/08 banking crisis, it is likely reaping the benefits of having a purpose that people believe in: being run for the benefit of its members. And in the age of social media and crowd-based business models, this traditional form of business ownership is chiming perfectly with the modern consumer.

Given where the banks stand vis-à-vis consumers’ perceptions, let’s take a look at the opportunities…

Whilst the makeup of the British high street has been in flux, banks retain visibility via ATMs and branch networks. An increasing number of banks are also prominent on smartphones – the lifeline that consumers wouldn’t think of leaving home (or a room) without. According to a 2016 Deloitte study, 40% of smartphone users use apps for online banking, with 18% of smartphone users using online banking via browser. Banks couldn’t ask for much better real-time access to consumers’ daily lives.

Brexit and the associated drop in Sterling’s value, create two big opportunities for banks. First, many consumers are more aware of their finances (e.g., how much do I have to spend month-to-month; were do I stand if my job is eliminated; how much more will I need to save for my holiday in Lanzarote?) and want help in managing their money and achieving their goals. Second, indications that the property market may soon shift has many in the sector recommending potential buyers to take a plunge in 2017, which means more demand for mortgages.

And whilst there are reams being written about the disruption threats from fintechs (some of which are bank-funded and/or supported and nearly all of which are niche), the fintechs are really doing the banks quite a favour. Banking-related fintechs are signposting exactly where the opportunities are to improve touchpoints within the banking experience, and the fintechs already in market are showing the banks exactly what to do to make it real. They are handing the banks opportunities and roadmaps on a silver platter, but the banks don’t seem to know what do with the windfall.

So what should UK retail banks do to be more relevant to consumers? The Prophet study focuses on four proven dimensions of relevance: Customer-obsessed, ruthlessly pragmatic, distinctively inspired, and pervasively innovative. The UK banks do relatively better on being ruthlessly pragmatic, but there’s plenty of room on all four dimensions to improve significantly and create meaningful engagement. Without conscious action, the retail banks are going to continue to lose ground on relevance, and the opportunities will continue to be pursued and won by others. It’s a critical time for UK retail banks to become relevant again and grow.

Banks can rebuild trust with consumers by protecting their identity