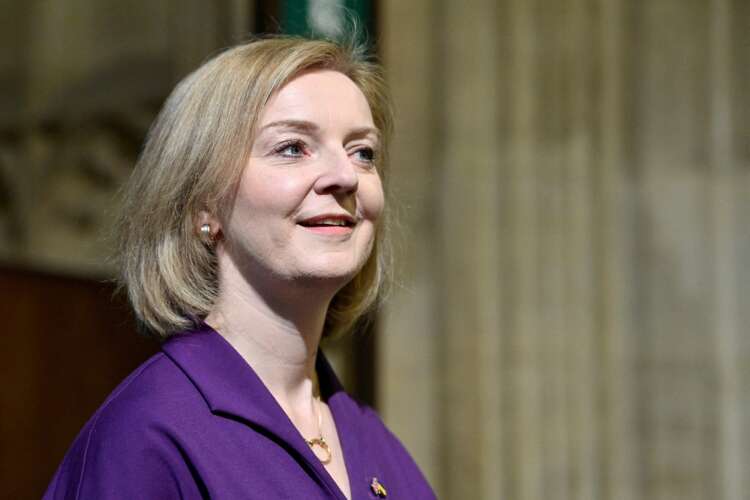 By William James and Elizabeth Piper

LONDON (Reuters) -Britain warned it might be forced to “act” in a row with the European Union over post-Brexit trade rules for Northern Ireland, raising the risk of commercial strife and deepening a standoff stirring U.S. concerns for peace in the province.

Foreign Secretary Liz Truss said on Thursday Britain would have no choice but to act unless the bloc was more flexible in talks over trade rules for the British-run province — one of the most difficult issues in Britain’s exit from the EU.

When Britain quit the EU, Prime Minister Boris Johnson’s government agreed to a pact that effectively left Northern Ireland within the EU’s single market and customs union given its open border with EU member Ireland.

That created a customs border in the sea between the rest of the United Kingdom and the province, which pro-British communities in Northern Ireland say erodes their place within the UK.

The British government says the attendant bureaucracy created by so-called Northern Ireland protocol is intolerable and is also threatening the 1998 peace agreement that mostly ended three decades of sectarian violence in the province.

In a call with European Commission vice-president Maros Sefcovic, Truss reiterated that assertion.

She said “the situation in Northern Ireland is a matter of internal peace and security for the United Kingdom, and if the EU would not show the requisite flexibility to help solve those issues, then as a responsible government we would have no choice but to act,” a British statement said.

“Vice President Sefcovic confirmed that there was no room to expand the EU negotiating mandate or introduce new proposals to reduce the overall level of trade friction.”

Truss noted this “with regret”, the statement said.

In response, Sefcovic said the possibility of Britain acting unilaterally was “of serious concern” and any move to scrap the agreement would be “unacceptable”.

Sefcovic said the EU had offered a range of solutions to break the standoff and that there was “still potential to be explored in our proposals. We are still awaiting the response from the UK side”.

In Washington, the White House said on Wednesday the United States encouraged continued dialogue between Britain and the European Union to resolve a standoff over post-Brexit trade rules for Northern Ireland.

In what appeared to be a coordinated approach, Britain’s minister for the cabinet office, Michael Ellis, told the European Parliament in Brussels “the current situation with the protocol is not working”.

“We will take action to protect the Belfast Good Friday agreement if solutions cannot be found,” he said, appealing to the EU to work with Britain by invoking the united response by the West to Russia’s invasion of Ukraine.

At the heart of the dispute are two opposing approaches to what was signed in 2020 as part of Britain’s Brexit withdrawal agreement with the EU.

Brussels says the agreement was signed in good faith and any renegotiation is out of the question. London says that when it was signed, there was an understanding that some changes might be needed if there were any trade problems for Northern Ireland.

A Conservative source said a move to announce domestic legislation which would effectively disapply the protocol could come on Tuesday after a possible announcement by the prime minister a day earlier.

Such a process could take time, having to be passed by both the lower and upper houses of parliament, although the government might try to find ways to get around that.

Downing Street has repeatedly declined to say what action the government would take to break the deadlock and said there were more talks scheduled between officials.

“We will continue to see what, if any, more progress can be made,” Johnson’s spokesman told reporters.