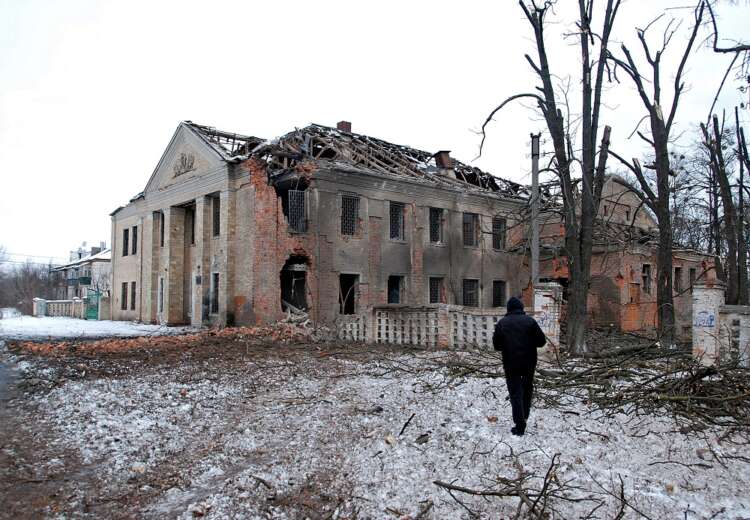 (Reuters) – Russia announced a new ceasefire in Ukraine on Wednesday to let civilians flee besieged cities, but there were only limited signs of progress in providing escape routes for hundreds of thousands trapped without basic supplies.

* Both Russia and Ukraine said they would “observe a regime of silence” from 0700 GMT to provide safe passage from Kyiv, Chernihiv, Sumy, Kharkiv and Mariupol.

* Ukraine appealed for a temporary ceasefire on Wednesday to allow restoring power supply to the mothballed Chernobyl nuclear power plant. It warned of a potential radiation leak if the outage continued, even as the U.N. nuclear watchdog said the loss of power did not have critical impact on safety.

* The Kremlin accused the United States on Wednesday of declaring an economic war on Russia that was sowing mayhem through energy markets, and it put Washington on notice it was considering its response to a ban on Russian oil and energy. [O/R]

* The European Union has agreed more sanctions over the invasion of Ukraine that will hit Russian lawmakers and oligarchs, the maritime sector and three Belarusian banks.

* Britain had impounded a plane linked to a Russian billionaire as its new aviation sanctions kicked in.[O/R]

* Russia is reducing the use of U.S. dollars following Western sanctions, the RIA news agency quoted a foreign ministry official as saying.

* Russian Foreign Minister Sergei Lavrov will travel to Turkey on Wednesday for talks with his Ukrainian counterpart Dmytro Kuleba.

* Coca-Cola and McDonald’s joined a growing list of companies suspending sales in Russia where a senior member of the ruling party has warned that foreign firms which close down could see their operations nationalised.

A global food crisis deepened on Wednesday as Indonesia tightened curbs on palm oil exports, adding to a growing list of key producers seeking to keep vital food supplies within their borders.

*Ukraine must hold off Russia’s attack for the next seven to 10 days to deny Moscow claiming any sort of victory, a senior Ukrainian official said.

* The United Nations human rights office said it had verified 474 civilian deaths and 861 injuries, but the true toll was likely to be higher.

* Ukraine says its forces have killed more than 11,000 Russian troops. Russia has confirmed about 500 losses. Neither side has disclosed Ukrainian casualties.

About 2.1-2.2 million people have fled Ukraine since the Russian invasion begun, the head of the U.N.’s refugee agency said on Wednesday. EU officials say up to 5 million could leave if the conflict continues.

* U.S. congressional leaders reached a bipartisan agreement to allocate $13.6 billion in emergency aid for Ukraine alongside a separate package for pandemic relief.

* The International Monetary Fund is poised to approve $1.4 billion in emergency funding for Ukraine on Wednesday, its head Kristalina Georgieva said on Tuesday.