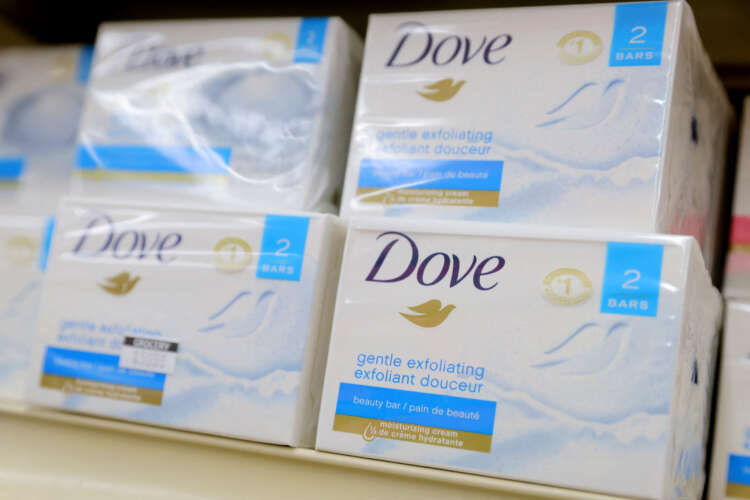 LONDON (Reuters) -Unilever Plc on Thursday gave a dire assessment of consumer sentiment in Europe and China, two of its key markets, but raised its full year sales forecast as it lifted prices to counter soaring costs.

Like the rest of the consumer goods industry, Unilever’s margins have been squeezed since the start of the war in Ukraine that has pushed up costs of energy and key ingredients. As a result, the company has raised prices sharply.

“Consumer sentiment in Europe is at an all time low,” Chief Financial Officer Graeme Pitkethly told reporters, warning of fears of a “confluence of events” in Europe with energy prices and inflation rising and consumers’ savings waning.

Shoppers around the world paid 12.5% more for Unilever products in the quarter – a record price hike for the company – with sales volumes declining 1.6%. The company reported a better-than-expected increase in third-quarter sales.

Shares were flat in morning trade.

But inflation and the promise of austerity in some countries has prompted a cost-of-living crisis that is pushing some people towards cheaper alternative products, such as private label goods made by retailers.

“The basic needs of our European consumers are occupying a higher share of wallets – things like utilities, transportation and food – and there tends to be cut back on discretionary non-food items.”

In China, Unilever’s third biggest market that has been doubling down on Covid-19 lockdowns, sales grew by 1%.

“The China number, 1%, was in fact a competitive performance in a Chinese market that is still quite subdued by continued lockdowns in China,” Pitkethly said, adding that confidence in China is lower relative to historical norms and that Unilever was not as able to increase prices in the country.

Unilever said it now expects underlying sales growth for the full year 2022 to be above 8%. In July, the company said it expected to beat its previous forecast of 4.5% to 6.5%.

Jack Martin, a fund manager at Unilever shareholder Oberon Investments, said the results were “very solid, pleasing to see among quite a turbulent earnings season generally.”

“Volumes are slightly off but given how much they moved up pricing and the economic environment this speaks to the strength of the portfolio,” he said. “Shares are flat in morning trading which suggests that is how the market is also taking it.”