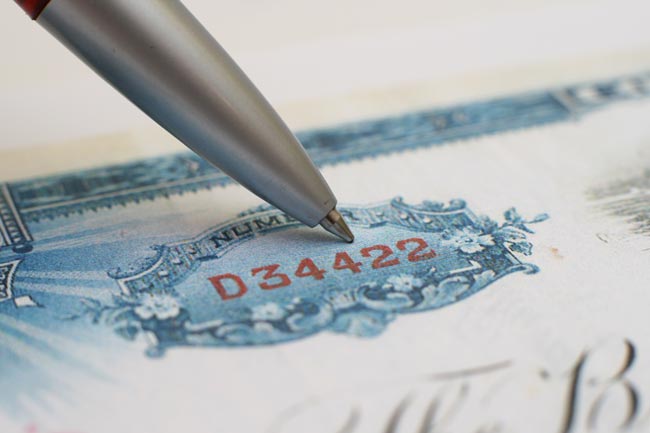 Recently, David Cameron came under intense political pressure about his personal tax affairs – and also over his attempts to win the forthcoming In/Out referendum and keep the UK in the EU. You would expect, therefore, two of the Prime Minister’s least favourite political ‘talking points’ to be, firstly, tax avoidance, and, secondly, the perception of the European Commission as a cabal of power-grabbing bureaucrats, desperate to run the whole of Europe from a locked office in Brussels.

Unfortunately for the PM, it is possible, thanks to the recent publication of the EU’s VAT Action plan, that the two issues will be fused together in the public’s consciousness during the run-up to the June 23rd vote. Depending on media coverage – consider how the tampon VAT issue dominated the news cycle, and forced itself onto the agenda of the recent EC summit – the new plan could itself become a factor in whether Brexit occurs.

From a political point of view, the controversy will all be around the Commission’s plans to further integrate European tax authorities. From the plan:

“Such a system [the proposed new ‘Single VAT Area’] would require more trust and cooperation between tax administrations as the Member State where the goods arrive would have to rely on the Member State of departure to collect the VAT due on the cross-border supply. The efficiency in collecting VAT and fighting fraud between tax administrations would therefore need to be aligned to the highest level. Such a system would also involve significant change for business. Any implementation should therefore be gradual to ensure a smooth transition for business and allow all Member States to reach higher levels of cooperation and administrative capacity”.

The Commission, which is focused on closing the annual EU ‘VAT Gap’ of €170 Billion by fighting back against tax evasion and fraud, is proposing that individual member states’ tax authorities audit and collect VAT on each other’s behalf; are fully operationally aligned; and make massively extended use of transnational anti-fraud mechanisms and organisations – like the EU wide Eurofisc.

Though Cameron will have to laud the aims of the plan (he could hardly do otherwise!) the means of achieving them – a fully integrated European tax system which could see, for example, Greece collecting UK VAT – may have him reaching for the smelling salts. This is the sort of proposal that, if he started to attack it, Nigel Farage would be accused of making-up.

Daniel Hannan, one of the leading lights of the Out campaign, once informed me that the Commission (itself directly funded from VAT receipts) clings to VAT because it was ‘the only successful example so far of the tax harmonisation that it now wants to extend across the board’. (According to Hannan, less successful EU tax projects and ideas included: ‘airport taxes, carbon emissions trading fees, a tax on emails, a tax on financial transactions’)!

But could such incendiary proposals as those included in the VAT Action Plan actually be counter-productive for the harmonisers’ cause? Just now, the ‘More Europe is the answer to everything’ principle is not massively popular in the UK. And how might UK businesses (80% of whom favour staying in, and who are often vocal about the risks of leaving) feel about the ‘significant change’ coming their way?

However the proposals are received, and whatever effect they have on the Brexit debate, one thing is absolutely clear about UK VAT post-Brexit. And that is that no one really knows how it will work. VAT – as the Action Plan repeatedly points out – is a European invention, a prerequisite for countries wishing to join the Union, and the tax at the heart of the EU project.

Would Brexit mean the end of VAT in the UK?  If the tax is adapted by a newly independent UK, would the EU grant the UK a similar status to Switzerland and Norway? What conditions would there be around VAT exemptions for a non-EU UK trading with the EU? If we do vote to come out, and Scotland, as the SNP has threatened, has a new referendum on the UK union, and then tries to rejoin the EU, would it lose the UK’s right to particular exemptions? We have no idea whether the EU will gather us to its chest in order to keep trading as smooth as possible, or if it will decide to make the UK an example and a pariah pour encourager les autres.

The EU itself has no idea how it will react; until very recently it was considered impossible that the UK would leave. When, at a conference, I asked the EU VAT Commissioner what would happen to VAT if the UK voted out, there was general derisory laughter. The Commissioner was in any case clear: the UK would simply negotiate bilateral agreements, and everything would carry on as before. In the current poisonous political atmosphere, that sunny optimism (containing an admittedly blithe disregard for national sovereignty), seems, well, extremely optimistic.

More likely is an extended period of doubt and confusion. Take VAT on e-commerce ‘distance sales’.  Depending on how the EU responds to Brexit, it could be that UK companies selling directly to consumers in other Member States no longer have to worry about distance sales thresholds. But, while the immediate VAT compliance burden of having to monitor sales value and maintain VAT registrations would be removed, UK companies (and their customers) would have to negotiate the far greater complexities of import and export.

In practice, however, because of the need to maintain next-day delivery schedules, many, if not most, UK distance sellers would probably decide to establish warehouses within the EU.  Doing this would then create an obligation to register in the Member State containing the warehouse and hence the benefit gained from no longer distance selling would be negated in one fell swoop. Aside from the administrative and operational upheavals involved, this could also be a situation where the UK warehousing industry suffers, and jobs are lost.

Mr. Cameron will probably be hoping that the European Commission does the best it can for the Remain campaign: by saying saying as little as possible about VAT.

The PCI DSS comes of age with v3.2