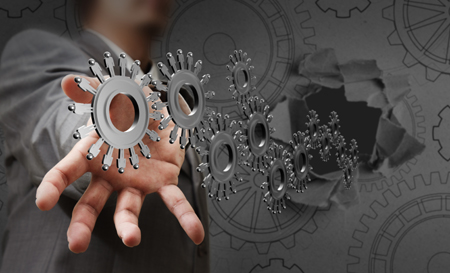 VIA, the business telephony and communications specialist, has deployed an innovative cloud-based communications platform for the Association of British Insurers (ABI) to aid the seamless transition to its new headquarters in London. The VIA Voice solution operates over a dedicated Internet connection to ensure maximum levels of resiliency.

The ABI recently embarked on a high profile office move from Gresham Street to the prestigious One America Square. Whilst based at its previous address, the ABI deployed a traditional PBX telephony network, as well as separately using the CRM solution Microsoft Dynamics and Office 365. After deciding to relocate to One America Square, the organisation took the decision to replace its outdated communications system with a cloud-based solution that could seamlessly integrate with both Microsoft applications.

Following a successful pilot, the ABI chose to deploy VIA Voice whilst still based at its previous headquarters in Gresham Street. As the communications platform operates over the Internet, the solution could then be accessed immediately upon arrival at One America Square, ensuring a seamless switchover.

By choosing VIA Voice, the ABI has been able to benefit from a joined-up approach across its communications, office and CRM platforms, whilst the industry body was able to proceed with its office move with confidence that important communications would be not affected.

VIA Voice completely replaces the need to have a traditional phone network. The solution – which incorporates Skype for Business – allows employees to talk, instant message, email, video chat or partake in conferences across a variety of devices, such as landlines, smartphones, PCs, and tablets. This helps the ABI team, who were equipped with Jabra Evolve 65 headsets, to stay continuously connected and contactable even when they are on the road or working from home. By deploying VIA Voice, the ABI is also benefiting from increased functionality across its meeting spaces, which range from a five-person huddle area to a 100-seat conference room.

As a part of the revamp of the organisation’s communications platform, VIA deployed its advanced call routing solution, which includes a professional voiceover and effectively directs incoming phone calls to the correct departments.

Alex Tebbs, Director, VIA, said: “VIA Voice has revitalised how the ABI’s team of employees communicate both internally and externally. Our cloud-based solution also incorporates a call recording feature to ensure the ABI complies with necessary regulations.

“We have also provided the ABI with a direct and exclusive network connection from our data centres to their offices. By using VIAConnect, the organisation can share and send calls and data whilst ensuring unrivalled levels of security and resiliency.”

Lawrence Withy, CRM Project & IT Services Manager, said: “Not only has VIA Voice increased workforce connectivity and productivity, but the innovative solution also guaranteed our office move was painless and problem-free. By tailoring its platform to our exact requirements, VIA continues to provide exceptional value for money.”