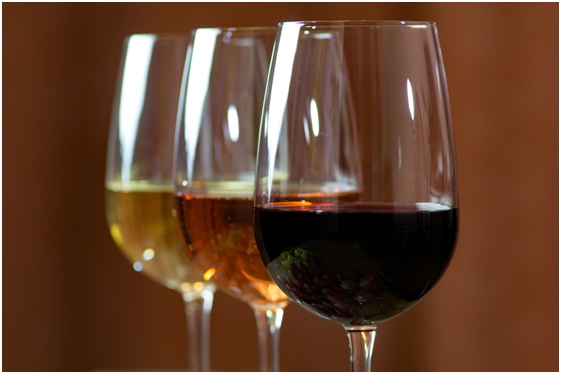 Wine tourism’s position as an important global element of gastronomic tourism has been cemented by the holding of the 1st UNWTO Global Conference on Wine Tourism in Georgia. The event attracted tourism experts, wine professionals and policy makers from nearly 50 countries, all looking to expand upon the considerable success of this global tourism sector.

Data compiled by leading Spanish property portal Kyero.com has revealed how wine tourism can play into other factors within a country, such as the property market. Kyero.com’s data reveals the ideal second home locations for all those with a love of Spanish wine.

The world’s third largest wine producer and its biggest wine exporter, Spain has earned a loyal following around the globe for its robust reds, crisp whites and delightfully drinkable rosé wines. Wine tourism in the country is popular among those who want to explore Iberia’s culinary delights. Now, Spanish wine lovers can take their passion one step further and pick up the perfect property as well as the perfect plonk, thanks to Kyero.com, the main source of trusted information on buying a home in Spain.

“Many of those who visit Spain regularly delight in the country’s cuisine and particularly in the wines that are produced here. We wanted to take this one step further and look at how much it would cost to purchase a home in each of Spain’s main wine-producing regions. I think many people will be surprised to find out just how affordable it is to live in the perfect location for enjoying local Spanish wines within easy reach of the vineyards they came from.”

According to the Cámara de Valencia, La Rioja is “considered to be the foremost wine tourism destination in Spain and a world leader in the field.” The area is known for its vibrant and fruity and rosé wines and its distinctive, oak aged reds.

Yet according to the Kyero.com data, La Rioja is the joint cheapest wine region when it comes to purchasing property, coming in at an average of just €1,300 per square metre. Those on a budget can pick up a one bedroom, one bathroom apartment in the pretty city of Logroño – the autonomous community of La Rioja’s capital – for a mere €29,200. That’s the same price as just 70 bottles of the region’s priciest vintage, Contador.

Equally affordable, at €1,300 per square metre, is Cadiz province, in the Andalusia wine-producing region. Prices in the Andalusian city of Jerez de la Frontera – a name which fans of sherry will be familiar with – are even more affordable, at just €1,100 per square metre. But it’s not just bargain basement properties that can be picked up in Jerez. This six bedroom, three bathroom country house estate with swimming pool is priced at €768,750. The accommodation is split across two houses, with excellent equine facilities including stables, tack storage and a barn for hay and raising foals, as well as extensive meadowland and farmland.

Ourense province is the next cheapest wine region when it comes to property purchase prices, coming in at €1,400 per square metre. Home to the Ribeiro Wine Route and part of the autonomous community of Galicia, Ourense is known for its young, light wines full of fruity and floral notes. The whites are particularly good and make the perfect accompaniment to shellfish, cured meats and light cheeses – so perfect for an al fresco lunch in the Spanish sunshine.

Wine lovers looking for a base in Ourense will be delighted by this impressive, seven bedroom 19th century manor house, which comes with swimming pool, three car garage and plenty of land, including mature walnut, hazelnut, palm, oak, chestnut, magnolia, fig and cherry trees complete with automated irrigation system. The property is on the market for €450,000.

At the other end of the price scale in Ourense comes this two storey house with 70m2 vineyard for just €16,000. Needless to say the property could do with some work, but it does have running water and comes with five pieces of land that cover more than an acre, so would make an ideal project for someone looking to take their love of Spanish wine to the next level by owning their own vineyard.

Over in Burgos, one of just four provinces where Denominación de Origen Ribera del Duero wines are produced, property prices reach an average of €1,450 per square metre, according to Kyero.com. The area has more than 170 wineries and 18,000 hectares of vineyards, according to Berry Bros & Rudd. The reds rival those produced in La Rioja, with no whites permitted.

The Ribera del Duero region is famed for being home to Spain’s most expensive wine: Dominio de Pingus, which has an average Wine-Searcher listing price of $898. Not only is the wine produced from a tiny plot of extremely low-yielding tempranillo grapes, but the loss of 75 cases of the already-rare vintage in a shipwreck in 1997 saw the price nearly double.

For less than the price of just 37 bottles of Pingus, oenophiles can pick up an 18th century country home surrounded by forest and rolling countryside in Burgos province. The €29,000 property includes three bedrooms and one bathroom. It is in need of total refurbishment. Two further houses on the same plot are for sale for €50,000, with the owners happy to negotiate for a quick sale, meaning a buyer with the right vision could bag an incredible bargain in this stunning region.

Vastly more expensive than the other regions is Spain’s priciest wine making area: Barcelona province. Prices in the province as a whole are distorted by the high costs of real estate in the Catalonian capital city, meaning that the average price is €2,250 per square metre.

Catalonia’s wines are as fiercely independent as its people, according to Wine Enthusiast, with full-bodied reds coming from vines that soak up not just the sunshine but also the minerals of the granite, fractured slate and chalk soils in which they are grown.

Wine lovers looking to live close to the region’s vineyards will be delighted by this four bedroom country house with summer porch and pool at Vilafranca del Penedes, which is on the market for €450,000. The spectacular views extend for miles around – perfect for enjoying some of Spain’s best wines in the peace and fresh air of the countryside.

Buyers wanting their own vineyard, rather than a view of someone else’s, have plenty of choice in Spain. Commercial opportunities include this working Chantada vineyard registered on the Board of the Qualified Denomination of Origin Ribeira Sacra, complete with two storey property, for €120,000. An operational wine cooperative near Chantada is also for sale, priced at €450,000. The property comes complete with a hectare of vines and a vast array of modern equipment with a production capacity of 200,000 kg.

Those looking for a slightly smaller scale venture will be delighted by this two bedroom farmhouse with vineyard near Asco and the River Ebro, on the market for €169,000. A tasteful renovation has modernized the property while retaining the original features and there’s even a wine store outbuilding for storing wine produced from the vineyard. What oenophile could ask for more?

Birmingham lines up post-Brexit housing plan, with a little help from its friends in China