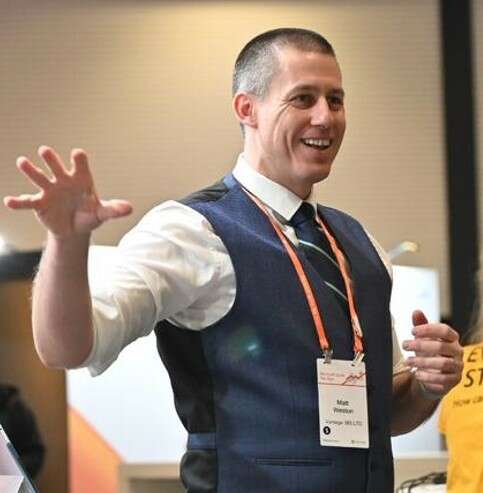 By Matt Weston, founder and managing director of Vantage 365

When examining the make-up of a typical working day, many office-based businesses are likely to uncover an uncomfortable truth – that much of their time is going to waste on outdated processes and unnecessary tasks.

This notion is corroborated by a global study carried out by OnePoll, which found that, on average, 26% of an employee’s day will be wasted on avoidable administrative chores or antiquated ways of working, with nearly half of respondents [44%] classing their company’s office technology as being ‘woefully outdated’.

Despite this grim picture, there has been a greater shift towards process automation through the use of technology in recent years. For example, Microsoft Teams Approvals, which launched at the beginning of 2021, has already helped countless businesses to collect, process and store all Approval-related requests in one place.

Not only has it enabled companies to send, receive and review requests far more quickly and easily, but to also streamline processes by boosting team collaboration and efficiencies.

While Approvals is certainly beneficial for businesses, those firms that do not explore the full suite of Microsoft’s automation tools are missing the bigger picture, as the potential ways that organisations can drive efficiency and productivity through greater automation are seemingly endless.

An exciting function within Power Automate that many businesses may be unaware of is the ability to automatically generate a wide variety of formulaic documents, such as quotes, contracts, e-mails and reports, with the simple click of a button.

Users can design their own documents with a no-code approach in Microsoft Word, Excel and PowerPoint, and in doing so save lots of time, which can otherwise be devoted to other, more mission-critical tasks.

What’s more, utilising document automation removes the need to Copy & Paste large swathes of an old document for use in a similar, new one, which can result in the wrong data being included or sent to the incorrect recipient.

By eliminating this risk, organisations can save time through automation and become much more fluid in the way that they operate.

Another tool businesses should explore is the ability to automate user provisioning in Microsoft 365.

User provisioning comprises the process of creating, managing, and maintaining user accounts, which can be particularly beneficial when a new employee is on-boarded, or if an employee leaves the organisation, and is driven by the HR process with minimal input from IT.

This is because, in these instances, technicians are often laden with the considerable burden of manually creating and adding a user account to a company’s Microsoft 365 system, updating personal details, or blocking and deleting a user’s account.

Automation is essential to saving technicians time on performing this monotonous and redundant task, freeing them up to devote their efforts to other areas of the organisation where they can add more value.

Power Automate is a powerful tool that businesses also have at their disposal within the Microsoft 365 offering.

Formerly known as Microsoft Flow, this cloud-based software allows employees to create and automate workflows and tasks across multiple applications and services without help from developers.

It works through the creation of automated workflows called ‘flows’, which are created when the user specifies what action should take place when a specific event occurs.

For example, users can save time on archiving tweets that include a specific hashtag to a SharePoint list, send an email to any given audience when a data alert is triggered, or get a push notification when they receive an email from their manager.

By automating these flows, organisations can simplify complex and time-consuming tasks, safe in the knowledge that they will be completed despite minimal human input. This means teams can focus more time on carrying out other tasks that cannot be so easily automated and require a greater degree of human engagement.

Users can drive efficiencies even further by using Power Automate Desktop, a Robotic Process Automation solution that would enable them to record and replay specific mouse movements, key presses and window interactions.

For the vast majority of businesses, time is money, which is why any time that can be saved on carrying out tedious, low-value tasks is likely to profit an organisation.

Firms that have merely dipped their toe into the world of process automation are missing out on a prime, cost-effective opportunity to drive efficiencies, promote productivity, and boost sales as a result, and should seriously consider adopting a more consistent approach to automation.

By only automating a certain minority of processes but failing to address the plethora of other areas where process automation can be valuable, businesses are effectively cancelling out the time saved through existing automation efforts, meaning very little progress is achieved with such an approach.

With a uniform approach to process automation that spans the entire organisation, business leaders can truly begin to save valuable time and money, and keep staff focused on what really matters for the continued success of the company.

The key focus of process automation is not to replace people or make the roles that they perform obsolete, but instead give them the space to perform duties that add maximum value to their company.

How FinTech is becoming the driving force of eCommerce

Winning the security race: how financial services can keep pace with cybercriminals