What’s coming next in the clearing and settlement world?

Thomas LR Griffiths' top 10 strategies for US tax planning
Our website publishes news, press releases, opinion and advertorials on various financial organizations, products and services which are commissioned from various Companies, Organizations, PR agencies, Bloggers etc. These commissioned articles are commercial in nature. This is not to be considered as financial advice and should be considered only for information purposes. It does not reflect the views or opinion of our website and is not to be considered an endorsement or a recommendation. We cannot guarantee the accuracy or applicability of any information provided with respect to your individual or personal circumstances. Please seek Professional advice from a qualified professional before making any financial decisions. We link to various third-party websites, affiliate sales networks, and to our advertising partners websites. When you view or click on certain links available on our articles, our partners may compensate us for displaying the content to you or make a purchase or fill a form. This will not incur any additional charges to you. To make things simpler for you to identity or distinguish advertised or sponsored articles or links, you may consider all articles or links hosted on our site as a commercial article placement. We will not be responsible for any loss you may suffer as a result of any omission or inaccuracy on the website. 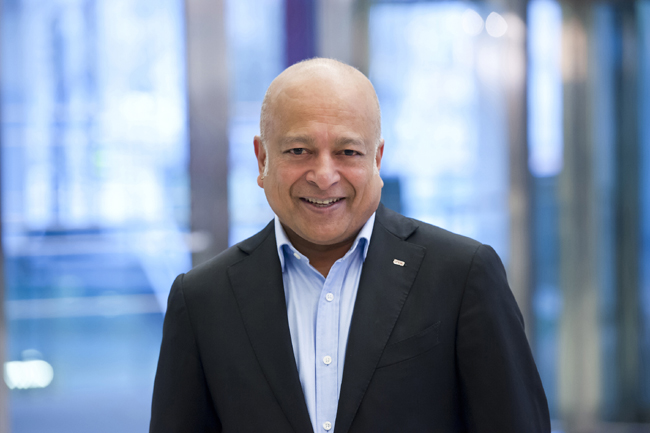 The clearing and settlement world is by no means a simple landscape to navigate, bringing with it regulatory twists and turns, and constant changes in rules and requirements. Being on top of what’s coming next may not be the easiest of tasks to master, but having a good understanding of where to focus your efforts in the coming years is vital.

In our view, these are the three key issues to keep an eye on:

The changing understanding of risk

It has long been recognised that risk is an inherent part of the investment process. If that wasn’t the case, we’d all keep our money in some sort of giant Post Office Savings Account. However, in the late 20th Century, between the recognition of the Herstatt Risk (cross-currency settlement risk) and the publication of the first set of G30 recommendations, it became a fashionable viewpoint that the only legitimate risk decisions are related to investment risk. On the other hand, any risks related to the execution and administration of those investment decisions should be minimised, if not completely eliminated.

There is no doubt that over the following 25 years, or so, considerable progress was gained as a result of standardisation and collective effort in areas such as market practice. This lightened both the cost and resource burden devoted to post-trade processing. Although since the 2008 financial crisis, much of the regulatory momentum has been focused on closing down potential risk decisions that informed industry professionals may once have considered their preserve. Whilst we are by no means advocating that operational risk appetites should be indulged, a considered approach to risk should be part of the skill set of securities professionals. Taking away this discretion completely could result in unintended consequences.

The role of CCPs

Alongside the risk debate, a recurring theme of the past decade has been the growing role of CCPs. Technology has undeniably enabled new approaches to central clearing, but the real motor for equity clearing, in our view, has been competition.

However, whilst this has had a beneficial impact on customer choice, the question of interoperability remains unsolved. In one sense, without interoperability among the various CCPs, the benefits to the customer base in terms of collateral agility will be constrained. Conversely, CCP providers do not necessarily have easily compatible risk models. This is a dilemma that will ultimately need to be considered and resolved.

For all of the hype that surrounded the T2S go-live, it is really not going to herald a revolution. It’s undoubtedly an important first step in an evolution, and an expensive step at that. As a member of the first wave, we can confirm with some confidence that the system is progressing, somewhat slowly, in order to meet its functional objectives.

However, the ability of intermediaries to recoup their investment in the infrastructure depends on changes yet to come. The main limitation on reducing settlement timeframes -from a settlement perspective – is the ability to effect payment in central bank money in a DvP (delivery versus payment) environment for cross-border transactions. However, reducing the time needed for such payments to clear remains a challenge.

Harmonisation in settlement practice is one of the benefits of the industry’s T2S preparations. Yet there are still areas where progress needs to be made for a coherent investment environment: tax regimes, collateral management, corporate actions and regulation are all still subject to policy fragmentation, for example.

In the past quarter of a century enormous progress has been made in the industry in providing a safe and efficient environment for our clients to invest and administer their assets. By keeping on top of what’s coming next, firms in the clearing and settlement space can focus their efforts on what’s really going to matter in the next 25 years.

TYPES OF FRAUD IN E-COMMERCE