What’s the tech behind regtech?

Can companies minimise their dependency on cloud service providers?
Our website publishes news, press releases, opinion and advertorials on various financial organizations, products and services which are commissioned from various Companies, Organizations, PR agencies, Bloggers etc. These commissioned articles are commercial in nature. This is not to be considered as financial advice and should be considered only for information purposes. It does not reflect the views or opinion of our website and is not to be considered an endorsement or a recommendation. We cannot guarantee the accuracy or applicability of any information provided with respect to your individual or personal circumstances. Please seek Professional advice from a qualified professional before making any financial decisions. We link to various third-party websites, affiliate sales networks, and to our advertising partners websites. When you view or click on certain links available on our articles, our partners may compensate us for displaying the content to you or make a purchase or fill a form. This will not incur any additional charges to you. To make things simpler for you to identity or distinguish advertised or sponsored articles or links, you may consider all articles or links hosted on our site as a commercial article placement. We will not be responsible for any loss you may suffer as a result of any omission or inaccuracy on the website. 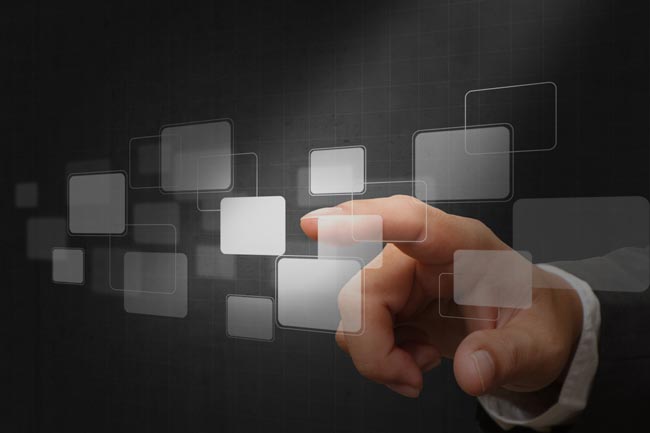 Jarred McGinnis, UK managing director at Ontotext, goes behind the headlines to find out what’s really going on with the newest trend in financial technology

Using technology to ease this burden is nothing new: technology has been used at various points in the regulatory enforcement process for decades. What is new is both the quantity of data being produced by financial firms, the amount of data required by regulators, and the analytical capabilities available for processing of this data to provide valuable and actionable insight. Together, these developments represent a significant opportunity for innovation in the financial regulation space, so much so that the Financial Conduct Authority (FCA) issued a call for input supporting the development and adoption of regtech in November 2015.

What can regtech actually do?

The FCA breaks down the potential solutions regtech offers into four areas:

It’s clear from this list that, at the moment, regtech is an area of great promise for a lot of areas, but is somewhat lacking in focus. Each of these points requires very different sets of technologies to achieve them effectively, and it’s worth having a clear understanding of what technologies we’re talking about before we get too excited.

What are these technologies? A brief survey:

One set of technologies that frequently makes headlines is biometrics. Banks and financial services providers are increasingly looking to investigate the capabilities of biometrics in reducing fraud and streamlining anti-money laundering (AML) checks, which at the moment are cumbersome. These added security mechanisms could mean in the future that a smaller amount of regulation is actually required to ensure security in complex transactions and prevent money laundering.

HSBC is planning a large-scale roll-out of voice recognition technology for the simpler purpose of securing account holders’ mobile banking applications. Such technologies will become more prevalent over time, and will form an integral part of security checking individuals.

The blockchain is another technology which holds huge promise for the future of regulation. The blockchain is a ‘distributed ledger’ technology – simply put, it enables exchanges of information and/or value between parties to be approved and publicly recorded without the necessity for a third party or central authority to verify them.

Put simply, blockchain technologies enable ‘disintermediation’, which cuts out the middle-man in transactions. This ability to disintermediate finance is generating substantial interest. By cutting out the middle-men who control information flows, blockchain could make financial services and general corporate governance more transparent and open to auditing.

Fraud investigation is an area that has been resistant to technology in the past, primarily because of the complexity of the problems each scenario generates. Even a case of low-level insurance fraud presents a complicated web of relationships and identities – who owns what policy, the event being claimed against, the interrelationships between claimants and third parties – that have been historically difficult to model via technological means.

However, a type of database called ‘graph databases’ is now at a level of maturity that they can be used in these scenarios. Rather than modelling data as a spreadsheet of rows and columns, graph databases model data as a ‘web’ of information, making it easier for a computer system to understand an environment rich in complex and overlapping ‘many-to-many’ relationships inherent in domains such as financial regulation.

Often one of the biggest barriers to effective regulation of financial services firms is simply a lack of understanding within the company as to what regulatory obligations actually exist in a given situation. This is hardly surprising: financial regulation is an extremely complex area, so much so that entire professions are devoted to creating and understanding it.

Semantic technologies, which enables machines to have an understanding of the keywords and key relationships within a body of text. At its simplest application. the technology makes written content indexable and searchable which enables tools for human experts to more quickly find and navigate regulatory data and content, which lowers costs and risks to an organisation.

Where do we go from here?

The key to regtech’s success will be its flexibility, and how easily these new technologies can integrate with existing systems. Banks are notoriously slow to innovate their IT systems from the ground up, preferring instead bolt-on technologies. This risk-averse attitude is understandable, however the result is that many financial services companies can be reliant on antiquated technology dating back to the 1960s. Deloitte estimates that in 2014 European banks spent €55 billion on IT, but of that only €9 billion was spent on new systems.

Companies describing their products as a ‘regtech’ solution will need to be mindful of this challenge, and demonstrate their knowledge of the existing technologies and issues in the field they are operating in. The key take away is that ‘regtech’ is not one technology addressing one problem: it is an umbrella term for a wide variety of technologies looking to solve the many regulatory and compliance issues that face the financial sector today.

WHY IS COMMUNICATION VITAL IN THE EVENT OF A CYBER-ATTACK?

Can financial services brands ever be credible on social?