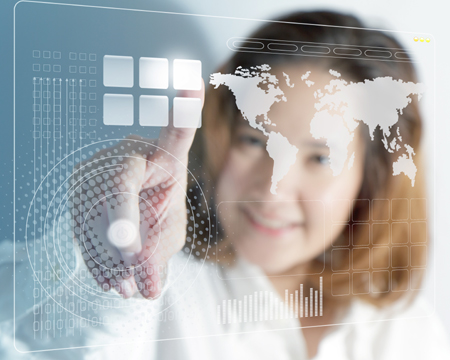 There continues to be a very strong case for investors to be invested in both equities (‘risk-on’ assets) and government bonds (‘risk-off’ assets, until the outlook becomes clearer and a bias in favour of one or the other can be followed.

The risk-on rally that lasted a month from mid-February, and that pushed up the price of equities and credit, has faded. Indeed, the second quarter has begun with a renewed downward lurch on global stock markets.

The recent downturn can in part be attributed to members of the U.S. Federal Reserve (Fed), who over the last few weeks have been more hawkish in their comments on U.S. growth, inflation risks and interest rates than the Fed Chair Janet Yellen was in her statement following the last Fed meeting on 17 March.

But thanks to the rally much of the market decline over the first six weeks of the year has now been reversed, with the MSCI World index down only 0.4% in US dollar over the first quarter.

The MSCI Emerging Markets index rose 5.7% over the same period, led by the revival in commodity prices – particularly in energy and metals. This is the second large fall in stock markets to have been almost-reversed within a month or so since July of last year.

On the bond markets, the Barclays Global Aggregate index of investment grade bonds rose 2.7% in U.S. dollars, led by strong performance from core government bonds as the U.S. Fed eased their forecast of future rate hikes for this year.

The surprising strength of government bonds this year, and the sudden revival in energy and metals prices, demonstrates the need for investors to maintain a broadly-based, well-diversified portfolio that automatically includes temporarily out-of-favour asset classes.

The U.S. dollar was generally weak over the quarter, reflecting the reduced fear of multiple Fed rate hikes this year after a spell of weak economic data in late December and January. The one major currency that fell against the dollar over the period was sterling, down 2.5%, on fears that the country may leave the E.U.

The outlook for the second quarter is equally uncertain. The biggest single risk for investors continues to be inappropriate monetary policy from the Fed, it is far from clear how strong growth and inflation pressures are, which in turn contributes to fears that the Fed is conducting policy in the blind. The risk of a hard landing for the Chinese economy also persists. Political risks are rife, from the threat of a President Trump and Brexit, to over-reaction by the West to Islamic terrorism – creating exactly the Christian/ Sunni Islam conflict that ISIS seeks.

The dollar, and U.S.-based asset classes, appear to be the safest havens against fears of the UK leaving the European Union.

Opinion polls still favour the UK remaining in the EU after the referendum on 23 June. However, the ‘Leave’ campaign has gained increasing support in recent weeks, with the recent terrorist incidents in Brussels giving it an additional boost.

Sterling has already showed itself to be the most sensitive of financial assets, falling a few cents against the dollar whenever senior government ministers leaves the ‘Remain’ camp that is led by Prime Minister David Cameron. In February, when sterling stood at $1.40, Goldman Sachs suggested that sterling might fall by 20 per cent should the ‘Leave’ campaign win the vote.

How might fears of Brexit play in the stock market? I expect small and mid-cap stocks to underperform blue-chips during this period of uncertainty. At first glance, the liquidity and broad geographic shareholder of FTSE 100 stocks make them most vulnerable to a sell-off by investors looking to exit sterling-denominated assets. However, around 70 per cent of FTSE 100 company earnings come from abroad, meaning that a devaluation will boost their profits when expressed in sterling. This gives a substantial amount of protection to the share price.

Small and mid-cap UK stocks tend to be domestically focused, so will benefit less from sterling’s devaluation, and will be much more sensitive to any economic uncertainty arising from Brexit.

Some market analysts suggest that the euro, and continental European stock markets, could also come under pressure if the likelihood of Brexit rises. This reflects fear of disruption to UK/ EU trade links as new trade deals are worked out, with the EU possibly dragging its heels in order to make the process as painful as possible and so dissuade other countries from following the UK’s path as a means of securing a more favourable relationship with the EU.

This suggests that if investors wish to protect themselves against the risk of Brexit, a bias towards the dollar and the S&P500, and an underweight in sterling and euro-denominated assets may be a suitable route.

The second quarter is unlikely to be as volatile as the first, which was quite unusual. However, many of the same themes that dragged markets down in the first six weeks of this year persist, leading us to argue for a balanced approach to portfolio investing.