Why are there so few apartments to rent in Liverpool city centre? 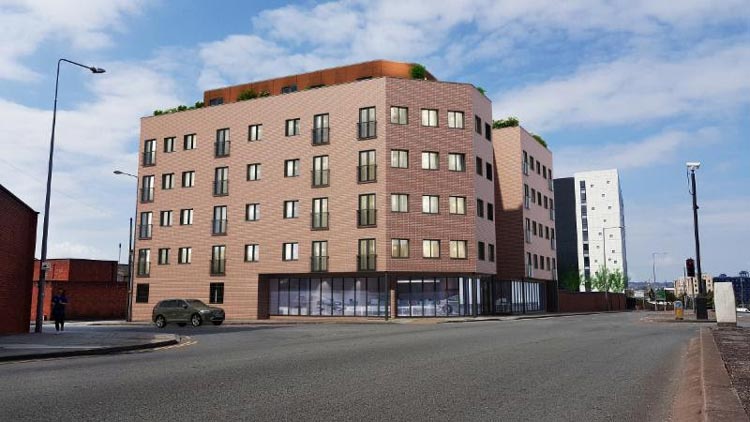 The ongoing EU Referendum debate has led to some fascinating figures being bandied about regarding the UK’s lack of housing. Ex-Cabinet Minister and ardent Leave campaigner Liam Fox has stated that,

apartments to rent in Liverpool-1

“At current levels of immigration, the Office for National Statistics project that our population will continue to grow by around half a million a year – a city the size of Liverpool every year.

“This will mean that, in England, we will have to build a new home every six minutes, or 240 a day, for the next 20 years to accommodate just the additional demand for housing from new migrants.”
By the time of the televised debate on 7 June, UKIP leader Nigel Farage had increased the figure to a home being required every 4 minutes.

Regardless of the politics and scaremongering, the UK does definitely need more homes, thanks to a growing population and a trend towards urbanisation. The theme is the same in cities around the world, with the UN projecting that 70% of the world’s population will live in urban areas by 2050.

apartments to rent in Liverpool-2

In UK cities like Liverpool, re-urbanisation is leading to intense demand for housing. From a peak of 846,101 recorded in the 1931 Census onwards, the city’s population has been in decline, but the most recent Census (2011) showed a reversal of the trend, with Liverpool’s resident numbers increasing for the first time in 80 years, to 465,700.

Toxteth makes for an interesting case study. The once notorious area has seriously smartened up its image in recent years, with swanky bistros and artsy coffee houses spilling over from L1 into L8. The gentrification has in fact been so pronounced that Toxteth’s ‘Granby 4 Streets’ was nominated for the Turner art prize in 2015.

In light of Liverpool’s re-urbanisation then, why is so little housing available to rent in the L1 and L8 areas? And what is being done about it?

apartments to rent in Liverpool-3

“Liverpool’s re-urbanisation seemed to come as something of a surprise to city planners, so the city is playing catch up in terms of providing new, decent homes in areas where demand has spiked. The timing of the population increase was also a factor. Developers in 2011 were still coping with the economic hangover from the previous decade, so there weren’t many cranes on the move in Liverpool. Professionals were flocking to the city to work and demanding smart, new waterfront homes but the supply just couldn’t keep up.”

The situation is now beginning to improve. Prime Centrum is one of those companies working to tackle the shortage head on. Their new Parliament Residence development will provide 44 high end one and two bedroom apartments in what is being hailed Liverpool’s most iconic waterfront development. The apartments have been released for sale to investors (prices start at £109,900 with 7% NET income per annum assured for the first 3 years) and will be available for rent to professional tenants and families working and living in the city centre.

Given that Zoopla is currently listing just 36 two bedroom new build apartments for sale in the L1 area, Parliament Residence will come as a welcome relief both to investors looking for a quality buy-to-let property in Liverpool city centre and to tenants looking for high spec homes with views of the city’s UNESCO World Heritage waterfront. No wonder then, that Parliament Residence had sold more than 25% of its apartments less than two weeks after the building was launched to investors.

The re-urbanisation of cities such as Liverpool has become the new reality for city planners. Gone is the ‘managed decline’ approach, with regeneration projects capturing the interest of everyone from large tech companies to business start-ups. City living is on the up once more and the UK’s cities are racing to catch up.