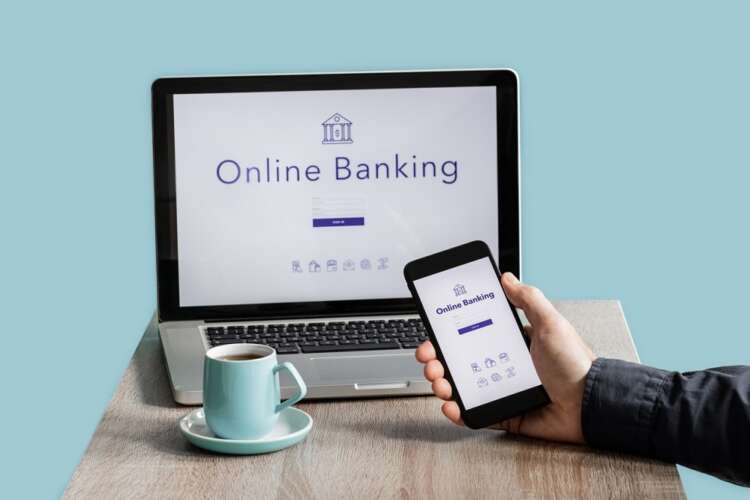 By Jim Close, Regional Vice President of Enterprise at Kofax

A quick glance at the typical IT budget of most banks provides hard proof that many of these financial institutions spend way too much money on standing still. In fact, I recall a statistic from a major analyst in the early noughties which identified that the average business system lifespan was 17 years.

While that cycle has surely been reduced in more recent years, we still have some long-in-the-tooth technology around. Too great a percentage of IT budgets in banks is devoted to sustaining complicated legacy systems. They’re expensive to maintain and don’t leave enough funds to invest in the kind of modern, innovative technologies (like digital identities) banks need to succeed in today’s competitive marketplace.

Banks must embrace digital identity technology for a variety of reasons. From a seamless customer experience to compliance and security, digital identities are the future of banking. A word of caution though – whilst banks need to move quickly to keep up with newer entrants to the marketplace, they must do so without falling into the trap of a rush job that fails to deliver sustainable, long-term results.

I vividly remember losing a project to a competitor two years ago simply because our recommendation was to implement a system over a four-month period, which, of course, included appropriate due diligence and testing. The system was in the crucial area of establishing new customer credentials for loans on-boarding. However, a board mandate in the financial institution concerned forced a decision to get something up-and-running quickly, and thus a compromise was made in this crucial function for the sake of expediency.

We’re now revisiting that discussion with the same client. They’re being forced to re-evaluate that hasty decision as the behind-the-scenes glue holding their mission-critical Know Your Customer (KYC) system is showing signs of strain.

This isn’t the first time in recent months that we’ve been approached by institutions with the same challenge. They weren’t alone in the financial services sector in having to patch together something quick-and-dirty to avoid displeasing the regulator whilst keeping up with the competition in the early days of digital identification. They’re also not alone in realising the accelerated pace of technology is making their customer experience less than optimal in shorter cycles than ever before.

Digital identity is one of these tricky areas in which much of the technology implemented was patched together in clunky ways to deliver something that appeared slick from the customer viewpoint. A glance behind the curtain, however, showed this piecemeal approach failed to eliminate a considerable amount of people-process that introduced a level of error-and-risk that’s now unravelling.

Legislation and regulation demand you must verify just who your customer is, and the penalties for failing to act appropriately can be staggering.  Regrettably, this necessary evil is now sucking the life-and-profit out of your operation. There can be fewer tasks more tedious than checking names, addresses and photos on paperwork, resulting in inevitable manual process errors and the resultant cost-and-risk. Surely, your staff should really be doing more productive things.

Not surprisingly, financial services leaders are re-evaluating how to respond to the growing cost of regulation, and looking for ways to advance beyond the present state-of-the art. So what conclusions are they drawing?

Digital-first goes without saying, as do self and assisted service. Offloading the work onto the customer only takes you so far though. There’s a saturation point at which the customer becomes overwhelmed by requests for documents and endless two-factor authentication before deciding to abandon the process or seek an easier alternative. We regularly hear of 70 percent+ abandonment rates, and for those dogged souls who do persist, it’s not atypical to see straight through processing success rates of 40 percent or lower. That means 60 percent of KYC checks still require people, and lots of them.

The state isn’t helping here, either – well, the UK state anyway. If we look to the north, in Scandinavia, government identity schemes are tightly integrated with the provision of financial services. We seem to have decided as a nation that we don’t like this level of state control in our lives, and consequently, we need to verify our digital identities repeatedly with multiple providers.  It seems unlikely this will change any time soon, so either financial institutions collaborate for a single token-based scheme (which won’t be a speedy solution), or they increase their levels of automation for this crucial process.

But how can banks accomplish this quickly while still building a system that’ll continue to support their needs in two, five and 10 years’ time?

Get Results Today and Tomorrow with Intelligent Automation

Let’s start at the beginning. At the hub of establishing identity is the handling of documents. These can be electronic or paper, and they must be cross-referenced with a person, either via a camera link or in-person.

From a customer viewpoint, this is just an inconvenience. The fact this is partly for their own protection isn’t factored into their opinion, with a resulting negative impact on the overall customer experience. From the financial institution’s point-of-view, it’s mandated in legislation, offers a degree of fraud protection and, probably most importantly, reduces the possibility of fines. What many financial institutions are seemingly still wrestling with in this respect is to get anywhere near to total straight-through processing for digital identity checks.

The good news is some are getting there. The advent of the citizen developer, cloud-based platforms, intelligent automation, and the increasing application of artificial intelligence (AI) to valuable document handling is making a difference.

Establishing a digital identity is essentially a content-intensive workflow. Increasing machine automation in the process, especially when multiple systems are involved, can only have positive outcomes for all concerned and increase key measures like Net Promoter Score (NPS). At the same time, banks are able to create a frictionless customer experience, improving the lot of your staff in having to deal with repeated manual document checks, reducing compliance costs and putting a smile on everyone’s face.

Wondering how it works? Here’s a glimpse into some of the magic behind modern digital identity technology:

When these types of technologies are applied, concrete results are attainable in a short period of time. I recently heard a spokesman of a prominent financial services firm in The Netherlands report they had recovered 1.9 million hours of business value from intelligently automating routine tasks, facilitated by citizen developers (tech-savvy business operations people who used an intuitive, low-code intelligent automation platform to solve immediate daily problems).

Similarly, a spokesman from an Irish banking client recently revealed their astonishment at the results from making a simple change to the way they collected documents via mobile phone and web cameras. To quote, “We should’ve put this in years ago; it’s a game-changer for document quality.”

What’s even better, though, is an intelligent automation platform provides the kind of complementary technologies that enable banks to keep seeing results as needs change. In other words, you won’t find yourself two years later having to rip out the system and start all over again.

Often, large global corporations painstakingly undertake cost-benefit analyses when considering adoption of newer technologies. But when it comes to investing in digital identities infrastructure, banks can’t afford to waste time on lengthy analyses. Perhaps one way of looking at it would be to hypothetically consider the cost to the business of identity theft and fraud in the absence of such capability. There’s no dearth of statistics, but by way of an illustration, during the first quarter of 2021, 24.9 percent of phishing attacks worldwide were directed towards financial institutions. It would seem wise for banks to forge ahead, rather than waste time as fines and losses pile up.

While banks don’t need to trash every past investment, it is time to invest more in modern technologies necessary for survival in today’s competitive landscape. But don’t fall prey to a rush job that’ll leave you scrambling to catch up again in a few years. The intelligent approach is to extend what you do today and bolt on to existing processes with an over-arching orchestration which permits a variety of technologies to come together and provide a benefit greater than the sum of its parts. And isn’t that a better legacy to leave behind?

Any business can now offer their customers financial services: How embedded finance is reinventing the wheel when it comes to banking

Four years of Open Banking: 2022 may be the best year yet