Gamers all over the world are unable to play some of the biggest titles in the industry, due to the lack of the necessary hardware required to run the games successfully. That’s why we at Playkey are harnessing the use of blockchain, to raise the cloud gaming industry up a level. Here I will walk you through some of the key parts of the process, including stumbling blocks that you may identify on the way. 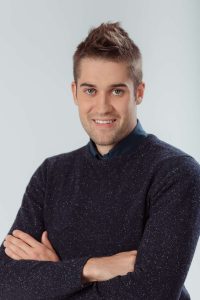 Cloud gaming itself isn’t a new idea, but many have failed throughout the years, due namely to a dependence on internet quality and reoccurring service difficulties. If the first problem was gradually improving, the second was causing some serious problems that ceased the development of this technology for a while.

For a while, Playkey was using costly GPU servers. Instead, we decided to create something brand new, using the general decentralized system. By using it, the owner of an upgraded gaming PC would be able to loan out their equipment in return for money. Gamers will then have access to said equipment it for a low budget cost. This technology will give users an opportunity to create more cloud services which will decrease the cost of that service. Eventually, the numbers of users overall will rise as well.

Blockchain lends itself to decentralized gaming perfectly. Originally, our objective was to empower gamers by allowing those with low spec hardware and old computers to be able to play the kinds of games that demand the most when it comes to processing power. We did this by hosting various servers across the globe that gamers could connect to and play via our cloud-based platform, thus negating the need for their own computer systems to be up to scratch.

With blockchain technology we can enhance this experience even further for users, who’ll be able to play and pay for their gaming using the Playkey token (PKT), and harnessing powerful gaming PCs of individuals across the world who are ready to rent out their home gaming machine on the Playkey decentralized ecosystem. Consequently, gamers will not have to invest in expensive gaming consoles and other hardware. The more analysis we undertook of blockchain technology, the more it became apparent that it is a perfect fit for what we are trying to achieve as a company. Blockchain’s distributed network naturally facilitates the sharing of participants’ server power. Rewarding people who lease their servers via tokenisation will accelerate adoption of the Playkey platform and allow us to compete amongst the more established gaming providers, both console and online.

The ICO for PKT took place in late 2017, where just over $10.5M was raised during the sale of 60,000,000 tokens. During this time we ran an extensive marketing and promotion campaign by participating in top blockchain conferences all over the world, from CoinAgenda Global in Las Vegas to the World Blockchain Forum in London, won Startup Sauna in Singapore, formalized a partnership with the South Korean Coinlink market, and obtained support from professionals from industries ranging from blockchain to VR.

The Playkey cryptocurrency (PKTs) had a set price during the ICO, but now the value of the tokens can be affected by a number of factors, including mechanisms of supply and demand on the market, the availability of a product ready for commercial implementation, and many others. There are no serious fluctuations on the market right now, nor is there a large quantity of PKT. Mostopt to hang onto their tokens until PKT is released on major exchanges or they see an increase in value. As things stand, the ICO is over and the process of developing the product has begun. PKT will therefore not be considered a utilitarian unit of calculation within the ecosystem until its factual appearance towards the end of this year and the demand is not increasing on a daily basis. At the moment, what PKT represents on the exchanges is an opportunity to stock up on the tokens at a comparatively low price for the purpose of strategic, long-term investment.

The very nature of user interaction, means the price of PKT will increase over time, as do actions of the key investors. At first about half of the PKTs will remain off the market. Institutional investors put money into the project at the presale stage, and they’re focused on the long term. To stimulate their interest, the Playkey Foundation will regularly issue reports on the company’s development and on measures to stimulate growth in the PKT’s price. We will work with key investors personally and assist them with their strategic decisions.

We will also undertake efforts to stimulate demand from gamers and to attract new miners. This can raise the price of the token and can make it a more profitable asset.

And finally, we have a department that will work like a central bank. Two reserves of money will be created: in tokens and in fiat money. Depending on market fluctuations, it will be profitable for Playkey to sell and buy tokens and add to both reserves. So, we plan to regulate the PKT’s uneven growth and stabilize the market.

Of course, not all the instruments will operate right away. It will take about a year after the launch of the decentralized gaming platform for the ecosystem to develop. During this time the PKT’s value will be supported by the foundation, and short-term investors will make way for those who have acquired tokens with a long-term strategic perspective in mind.

The cryptocurrency and blockchain technology in Playkey give fantastic opportunities for scaling, decentralization, and an accelerated transition of the gaming indusry to the cloud. Users will get the chance to independently create more and more cloud servers, as well as a reliable method of making deals between the seller and the buyer, based on smart contracts and excluding intermediaries.

Is it time for financial services to embrace robots?