SAP to cut 3,000 jobs, explore Qualtrics stake sale
Our website publishes news, press releases, opinion and advertorials on various financial organizations, products and services which are commissioned from various Companies, Organizations, PR agencies, Bloggers etc. These commissioned articles are commercial in nature. This is not to be considered as financial advice and should be considered only for information purposes. It does not reflect the views or opinion of our website and is not to be considered an endorsement or a recommendation. We cannot guarantee the accuracy or applicability of any information provided with respect to your individual or personal circumstances. Please seek Professional advice from a qualified professional before making any financial decisions. We link to various third-party websites, affiliate sales networks, and to our advertising partners websites. When you view or click on certain links available on our articles, our partners may compensate us for displaying the content to you or make a purchase or fill a form. This will not incur any additional charges to you. To make things simpler for you to identity or distinguish advertised or sponsored articles or links, you may consider all articles or links hosted on our site as a commercial article placement. We will not be responsible for any loss you may suffer as a result of any omission or inaccuracy on the website. 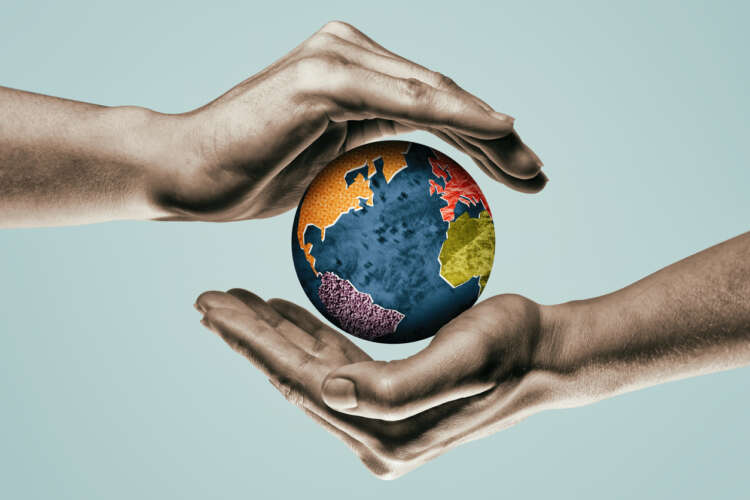 From record breaking heat waves in India to flood warnings in Australia and droughts in Italy, the impact of the climate emergency is being felt across the globe, so the transition away from fossil fuels towards clean energy is absolutely critical.

Across the world, there are therefore a lot of intelligent people applying their skills and knowledge to producing a viable clean energy infrastructure that will stand the test of time. As this gathers momentum, we must not lose sight of the importance of the circular economy in all new product innovation – or risk running out of resources that can no longer be replaced.

What is the circular economy?

Put simply, the circular economy is about creating things today that will still have use in the future in one capacity or another. It is a way of producing products that can be shared, reused, repaired, repurposed and recycled for as long as possible.

Unfortunately, we are still producing things that are built to be disposed of (from single use plastic to batteries) even though we know that we live on an Earth with limited resources. So now the challenge is to create things that can be used – and then reused, giving the materials a second, third and even fourth life purpose.

Batteries as an example

With the increased number of electric vehicles being built, battery waste is of serious concern – and not really being considered enough. According to the University of Warwick, 339,000 tonnes of batteries are expected to reach end of life by 2040, which is a colossal amount.

On another level, larger scale energy storage is widely understood to hold the key to increasing our access to renewable energy, even when the sun isn’t shining or the wind isn’t blowing. This can take the form of providing heat and power for buildings, being used for back up power or supplying energy in a leisure setting (on board boats, camping, caravanning etc). Batteries in all their shapes and sizes really are going to make all the difference when it comes to reducing (eventually eliminating) the need for fossil fuels.

The most widely used method of battery assembly involves bonding the cells and other parts together, using a combination of spot welding and strong adhesives. When they are no longer useful in their current state, they are frequently disposed of in an unsafe or harmful manner. In developing countries for example, lead-acid batteries are often open smelted, meaning the battery is burnt over an open fire in order to reserve the lead for resale or reuse. The lead leakage into the soil results in toxic poisoning of the land and the carcinogenic smoke released during the process is harmful to all living organisms in the vicinity.

At best, ‘broken batteries’ are sent to be crushed and the raw materials recycled, but this process in itself is wasteful, using enormous amounts of water, as well as releasing materials and gases that are harsh to the environment.

The fact is, although they no longer work, it is often the case that 80% of their cells would still be reusable, but because they are welded and glued together, the useful cells that could be used, become useless also.

Serviceable battery technology – how it works

Transitioning to a world where we produce batteries that can be used for one application and then parts are cascaded down for use in other products, gaining as much value as possible from the materials is what will prevent us from creating more harm to the environment in the future.

The technology is there, batteries can be built without the use of spot welding and adhesives, which means that they can be taken apart and rebuilt – the epitome of the circular economy principle. Individual cells and other components that no longer work can be replaced or repaired, with replaced parts being repurposed into a second life existence or recycled if they have reached the end of their use.

As technology advances – for instance, should we improve the chemistry of the cells so that they become more energy dense, existing parts can be replaced with newer versions and the older parts can be repurposed into a second life product. This ensures that we get maximum use of the materials used before having to recycle them.

Batteries can no longer be treated as disposable objects and, with a future that is highly likely to rely heavily on batteries to increase our access to clean energy, I would argue that adopting a circular economy approach to energy storage is absolutely fundamental to our very survival.