Why loyalty still matters for retailers 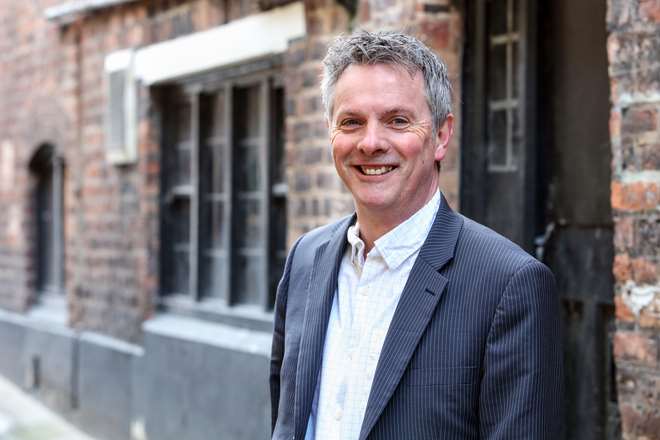 A few weeks ago, the British Retail Consortium released their monthly figures showing that UK retailers suffered their worst October since 2008. This made for particularly grim reading; the slowest October since the year of the financial crash is sure to have retailers of many sizes feeling slightly anxious about the coming months. With inflating biting, wallets being squeezed and business and employee uncertainty rife following Britain’s decision to leave the EU, it’s no wonder the waters are slightly choppier than usual.

With consumers having less money to spend, it’s vital that businesses look to alternative methods to lure in customers who are otherwise hesitant opening their purses. Of course, Black Friday and Christmas sales will hope to rebuff some of the October slowdown, but retailers – and particularly smaller ones – will be weary of warnings like these. So how are retailers able to compete with the rising tide of big digital players? And how can they win back the customer intent on purchasing from the likes of Amazon?

As digital services – from Amazon to Booking.com and Apple and Android Pay – have grown in popularity, consumers have also become a more demanding nation. Growing used to accessing products, information and services with the tap of a card or touch of a finger, consumer expectations of businesses are higher than ever, with speed and simplicity a key driver. The public wants easy, fast and efficient service and they want that wherever they are and whatever they’re doing, with as little input or effort on their behalf required. For retailers, this puts them under enormous pressure.

In short, the rise of the digital age has seen loyalty wane, particularly those smaller, local businesses who lack the investment, infrastructure and/or time to develop retention strategies. But when these strategies are implemented, they’re all too often hit and miss. Just by sending email blasts to large databases is akin to throwing spaghetti at the wall and hoping it sticks. Those days are behind us; customer loyalty programs are moving towards data-guided decision-making and a single customer view.

Getting personal with your consumers

The key to success lies in making offers personal. People want to be rewarded and recognised for their loyalty but actually those rewards have to be relevant as well. If you’re a vegetarian with “20% off all meats” offers flooding your email, phone and letter box, this isn’t going to incentivise you to shop at that outlet. Retailers should be creating the right offers at the right time with the right value; consumers like to be communicated with more directly and interactively today, and be part of what we like to term the ‘membership economy’.

Consumers now expect VIP membership as part of a loyalty scheme, part of a club which delivers constant rewards that feel tailored to them. One which isn’t open to all, rewards them for their custom and encourages them to stay loyal. But it should also offer them a choice too, whether that’s points, discounts or experiences. The more diverse a retailer’s loyalty offering, the more likely a consumer will be to take up the offer and make a return purchase.

There is a sentiment among consumers that points are seemingly antiquated and an outdated means of loyalty; in any case, we’re living in an age of experiences and ‘moments’ aren’t we? But in fact, it’s probable this view is largely held when points came into disrepute years ago when you needed thousands to get a percentage off something you didn’t actually want (e.g. Barclays old rewards catalogue). Nowadays, points are a currency.

Consumers are now able to collect points and exchange them for monetary vouchers, with the freedom to spend on any product they like. If the business is a trade one, they get exchanged for Amazon vouchers, who of course are more than likely to sell the product the customer is after. If that doesn’t appeal, many retailers are now signing up to the option of allowing a customer to donate to a charity of their choosing. This would have been unheard of when, for example, the Nectar card was introduced in 2002. Customers want flexibility, and nowadays this is exactly what they’re able to get.

In uncertain times for many retailers, any avenue to gain customers and keep customers is welcome. Loyalty – for what it’s worth – is threatening to disrupt big retailers thanks to the expectations now placed on speed of delivery. For many smaller, independent and local retailers looking for a slice of the action, that loyalty can still be maintained through a robust and considered programme that’s open to everyone, but personalised and tailored individually.

As consumers today become increasingly demanding of what they buy, how they buy it and how their loyalty is rewarded, it’s important for retailers to acknowledge that the importance of a customer-centric loyalty programme that rewards the shopper first. It’s a massive opportunity for smaller businesses and one that should be embraced. After all, converting customers to loyal engagers means both parties reap the rewards: great offers and increased sales.