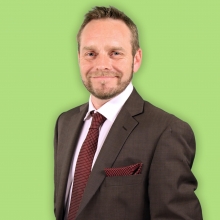 It’s that time of the year again when many analysts chuck their hat into the ring and try to predict the next 12 months.

You can hear it already, the shouts of what is the new bitcoin, whether the GBP will hold its own despite the ongoing Brexit drama and when the Stock market bull run will finally stop.

For me, I am going talk about an old favorite of mine and that is gold.

Gold and I have a pretty close relationship. In fact, when I first started out in this industry, Gold options were the first asset I got involved with and I can remember it trading around $684 oz. It was at the dawn of the financial crisis and my firm at the time was predicting gold to skyrocket $1000 OZ. And I remember the excitement that filled our office in August 2008 when it finally breached that level. Ok, it then fell back a little but after the financial crisis took hold it carried on its bull run hitting its peak of around $1920oz in September 2011.   After that the next 4 years saw it free fall hitting a low of $1042 in December 2015.

Since then Gold has been stuck in a range, trading between $1375oz and $1124oz. Now will 2018 be the year for Gold to finally break through that range? Three weeks into the start of the year have seen a fairly bullish rally, however historically speaking January has often been a good month for the yellow metal, but this January it has hit a 17 month high of $1365 oz on 25th January. So is there good reason for gold bulls to start getting excited?

The size of the bull run so far is no greater than previous January bull runs. So far this month Gold has moved higher by around $50 and at the time of writing it is currently trading around $1358.32.

The past two January’s have seen similar moves, with it opening in January 2017 at $1144.81oz and closing the month out at around $1208 oz with January 2016 being slightly more impressive with its open price at $1057oz and the close at around $1119.15oz. So really the movement at present is nothing for the bulls to shout about.

As well that Gold’s jet propulsion skyward actually started around the December 20th, when it posted gains for eleven sessions in a row till gains being pared on January 5th. So really is this January’s 17 month high really cause to celebrate?

Greenback falling flat on its face

Now there is something which can fuel the bull’s enthusiasm for gold to return to its dizzy heights and that is the US Dollar’s recent collapse against the majors which can visibly been seen with the Dollar index trading at the lowest level since January 2014.

As every gold trader knows a weaker dollar often results in higher gold prices due to their ongoing love/hate relationship. In fact, USDs dramatic decline this year has seen other currency pairs hit levels not seen for nearly 4 years with the likes Euro/USD at the time of writing trading at $1.2462. With the ECB along with BOI toying with the idea of cutting back on monetary stimulus and the UK economy showing signs of being stable and the hope that a Brexit deal will be made, there are clear reasons why the USD is struggling against the majors but eventually this will surely turn around especially with the FED likely to raise rates again this year.

However, Treasury Secretary Steven Mnuchin’s address to reporters in Davos on Wednesday 24th January sparked the markets to life as he mentioned that “a weaker dollar is good for trade” though he later tried to backtrack. The fact that a US Treasury secretary is actually embracing a weaker greenback is surprising traders with the long standing rhetoric of previous US Treasury Secretaries have favored a stronger greenback.

Now no one can say for sure what’s a weaker USD but with recent trades tariff’s imposed upon South Korea and China, the concerns of a potential trade war are very much alive and a weaker USD would play a key part in winning any sort of trade war.

How about the stock market?

The stock market is still very much enjoying its bull run with the SP500 and Dow Jones both hitting all-time highs. Now so many speculators out there have said that eventually we will experience a crash and at some point we must, but no one has really said when they believe this will finally occur.

A weaker USD can certainly help the bull run to keep going, however if we do end up having a full blown trade war that will not help the stock market at all.

With the stock market still enjoying its record highs so far this year it hasn’t stopped Gold which is of course a safe haven and really should only benefit when times are bad from hitting the before mentioned 17 months high. So could it also be a case that there are those big hitters out there moving into gold preparing for the eventual crash?

One method of trying to read market sentiment is by looking at the last COT report which was published on 16Th January, which shows that the merchants are hedging themselves with 212,879 short positions in gold where the speculators have 227,373 long positions in gold, hinting at a potential overall bullish tone.

Where could Gold possibly go?

Now I have read wild claims that some believe we could see the yellow metal rise to its all-time highs once again. But to be fair, back in 2011 when we hit an all-time high of $1920 we were still feeling the aftershocks of the financial crisis and witnessing unrest with the Arab Spring. Currently we are seeing economic revival across the globe and despite the occasional spat between North Korea and US, thankfully not so much potential conflict.

The other matter which weighs on my mind is that even though the USD is suffering massively, GOLD has yet to pass the key level of $1400oz, but instead at the time of writing still unable to break through the $1375 level.

However, due to the points I have made about the USD weakness, the threat of a trade war and the anticipation that we might see the stock market finally experience a correction I can see gold push above the $1400 level at some point and depending on how it may react to more rate hikes this year from the FED, I can also see the possibility of it approaching the $1500 level before the year is out.

Digital transformation, finance, and world-class performance in 2017 and beyond