Working from home – the new normal? 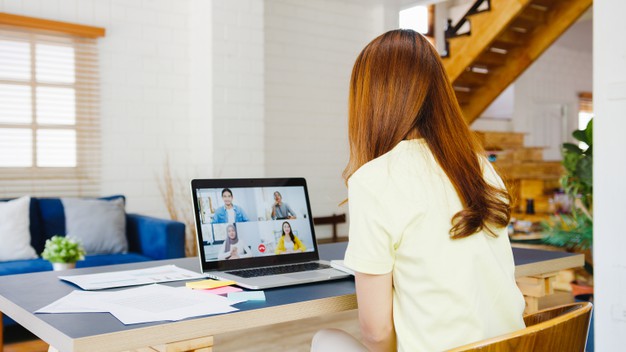 How we made working from home work for us

As a PR agency, we have the benefit of being able to work from home with ease, doing all of our work straight from our laptops.

And, despite having worked from an office since the agency was founded in 2009, Covid made us realise that we don’t always have to be with each other to do our work well.

That’s why, following the imposition of the first lockdown in March 2020, we made the decision to break up with our office and make a fresh start at home.

While the decision to separate wasn’t easy, in hindsight, it was most definitely the right one – nearly one year later, the pandemic is still raging and we’re still in lockdown.

So, here’s what we’ve learned after nearly a year of working from home – let’s start with the positives…

We’ve all enjoyed the lack of commute, with benefits for both our time and our wallets. But it’s also good for the planet too.

If everyone could work from home just half the time, the positive impact on the environment would be staggering, saving 640 million barrels of oil and 119 billion miles of driving.

With green issues at the top of the agenda, figures like this show just how much power is in our hands to be a force for good.

And, with less time spent travelling, we also have more time for each other, meaning that our team is more connected than ever.

Have laptop, will travel

While we’re safe at home for now, when restrictions are lifted, we can work wherever we like – after all, a change is as good as a rest.

In the Summer, we met up at various venues across our native North East to collaborate on ideas, catch up on work and put the world to rights.

No longer confined to the same four walls, our imaginations ran riot and we found ourselves inspired by fresh surroundings.

Like many businesses, our hiring pool has always been limited by the area we operate in, meaning we may have missed out on some perfect working relationships.

However, now we’re working from home, we can – and do recruit – from anywhere.

For example, our latest appointment lives more than an hour away from our Darlington headquarters – an unappealing commute by anyone’s standards.

However, through the magic of Teams, she can now play a full part in office life; virtually, we’re as near or far as we want to be.

We’re currently recruiting for a number of further positions, and, as long as they can occasionally travel to the North East for meet-ups, they could live in Middlesbrough or Mablethorpe for all we care.

Working from home has had a number of unexpected benefits too. We’re constantly having to think of creative ways to keep in touch and deliver content, and we can pass this hard-earned knowledge not clients too.

We’re also far more productive; able to work when and where we want means each team member is responsible for their own day, and while some of us are early birds, others work best into the evening.

This flexibility means we’re all happier at home too, with more time for the things that matter to us.

However, working from home is not all fun and games, especially for such a sociable team, and we have had to contend with a number of issues.

As the months have worn on, and lockdown rules have been tightened again, we have found that we’re missing the camaraderie and banter of office life.

When restrictions allowed, we did meet at venues and spaces across the region twice a month, but, for now at least, we’ve had to call a halt to that once again.

We have a daily catch-up via Teams, which allows to check in on each other and bounce ideas around, but, to be honest, it’s not the same as meeting in person.

We love a good brainstorm, and sometimes it can be hard for ideas to flow naturally when we’re not all in the same room, listening in to each other’s conversations and calling out as we’re inspired.

However, we do hold a weekly team Teams meeting to bounce suggestions around, as well as a daily meeting to discuss various topics.

And what we’ve lost in spontaneity, we’ve made up for in creativity (see the positives) – necessity, after all, is the mother of invention.

As well as the team’s physical health, their mental health is a priority too – now more than ever. We host regular wellbeing sessions where work is off the agenda, helping the team to bond and take some much-needed time for themselves.

Recent examples include yoga, drawing classes and mindfulness sessions; in short, anything to take our minds off the stress of living through a pandemic.

Working from home has been a revelation, in more ways than one. While we’d never rule out returning to office life, our current situation means we’re more agile, both financially and physically, to weather whatever storms Covid throws at us next.

4 tips for creating a calm workspace to boost productivity

How to set up your first-ever business (without the stress)