A wake-up call for merchants this festive season?

FinTechs: How to increase loyalty through user experience and fraud prevention

IFRS 15: Moving away from short-term fixes is vital for effective compliance

How Financial Organisations can Stay Protected from Financial Data Breaches
Our website publishes news, press releases, opinion and advertorials on various financial organizations, products and services which are commissioned from various Companies, Organizations, PR agencies, Bloggers etc. These commissioned articles are commercial in nature. This is not to be considered as financial advice and should be considered only for information purposes. It does not reflect the views or opinion of our website and is not to be considered an endorsement or a recommendation. We cannot guarantee the accuracy or applicability of any information provided with respect to your individual or personal circumstances. Please seek Professional advice from a qualified professional before making any financial decisions. We link to various third-party websites, affiliate sales networks, and to our advertising partners websites. When you view or click on certain links available on our articles, our partners may compensate us for displaying the content to you or make a purchase or fill a form. This will not incur any additional charges to you. To make things simpler for you to identity or distinguish advertised or sponsored articles or links, you may consider all articles or links hosted on our site as a commercial article placement. We will not be responsible for any loss you may suffer as a result of any omission or inaccuracy on the website.

Consumers are more aware than ever before of issues around security, particularly in online payments. As e-commerce becomes mainstream and shoppers move into the digital realm, new research finds that 55% of UK, US and Canadian consumers think fraud is inevitable when shopping online and want merchants to heighten their security measures. 58% of consumers said they would accept whatever security measures are necessary to eradicate fraud, and two-thirds are open to a two-step authentication process. 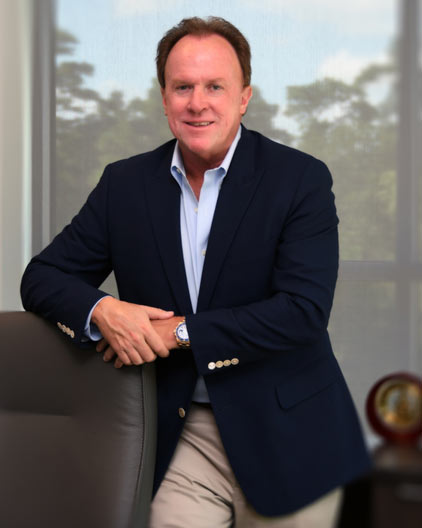 A wake-up call for online businesses as we approach the busiest retail period of the year, perhaps?

These findings suggest that convenience matters less than security to a majority of consumers – rather than making online payments any easier, it appears consumers would prefer merchants to focus on making them safer.

Paysafe data shows that almost half of consumers from the UK, US and Canada think the risk of fraud is an inherent part of e-commerce. And 81% take proactive steps to limit their exposure to it, including the avoidance of unsecured or public Wi-Fi when shopping online.

Nonetheless, fraud is still a problem that merchants must deal with. One in five victims of fraud permanently lose substantial amounts of money. Even those who recover at least part of their losses — thankfully, a majority of cases —lose trust in the merchant involved. Thus, it is safe to say that merchants with lax or ineffective security can seriously damage their reputation and, in turn, their prospects of long-term success.

The research also explores merchants’ attitudes to security and their overall preparedness in the fight against online fraud. Here’s what we found out.

Behind the pace of evolving technologies

The importance of robust fraud prevention measures isn’t in dispute. For 71% of merchants, addressing fraud is a top priority at board level. And almost 80% say they intend to increase their anti-fraud budget by at least by 10% in the next 12 to 24 months.

Translating these good intentions into effective real-world measures, however, is more of a challenge.

Conventional methods such as bank account and proof of address checks are still the most popular verification techniques, despite advances in biometrics, big data and other technologies. As a case in point, only 15% of US merchants and 14% of Britons and Canadians use biometrics to target mobile users.

What’s more, 36% of merchants only review their fraud prevention measures every 12 months or less. This is hardly satisfactory, given the rapid pace of change in the e-commerce landscape and cybercriminals’ track record of adaptability.

There are various reasons for the disconnect between merchants’ intentions and the processes they have in place.

For 61% of merchants, the cost of fraud prevention remains a significant issue. This is further compounded by the perception — shared by 40% of respondents — that continuous evolution in the e-commerce space quickly makes any new anti-fraud measures ineffective.

More significantly, many merchants fear the impact more robust fraud prevention measures could have on the customer experience and consequently, on their bottom line. As many as 72% think customers will either resist enhanced security or take their business elsewhere, and a further 34% said they’re concerned it would make them less user friendly.

Put another way, merchants often feel like they’re damned if they do and damned if they don’t. As much as there’s pressure to crack down on fraud, there’s also pressure to increase transaction volumes and drive more sales, by making the payment process as frictionless as possible — objectives that are often considered at odds with more stringent security.

Fraud prevention and the bigger picture

Merchants aren’t wrong to focus on delivering seamless shopping experiences, which is particularly crucial during big retail events such as the fast approaching Black Friday and Cyber Monday shopping craze. Customers do value convenience, so much so, that it’s reshaping the way they shop and also driving adoption of mobile wallets and other alternatives to hard currency. However, as much as customers want the shopping experience to be quick and easy, they also want to stay safe online.

Clearly, this calls for a shift in mindset. One in which security is no longer a compromise to make, but an element that’s just as integral to the customer experience as speed and ease of use. The challenge facing merchants is clear. It’s about achieving the right balance between delivering the most frictionless consumer experience possible, while enhancing verification methods to reduce risk thresholds.

Timing is important too. The busy retail period can make the difference between an average and a successful year. Merchants that are able to navigate through seasonal promotions, initiatives and well-timed marketing activity are likely to do well. But a deliberate and well-intentioned Black Friday campaign can fall down at the final hurdle if consumers do not think a merchant’s payments setup meets their expectations. There’s plenty of choice in the competitive e-commerce world, and another merchant is only a click away.

Far from being simply a measure that could impact the bottom line, more robust fraud prevention builds a foundation of trust with consumers that’ll increase their satisfaction and secure their loyalty for years to come. This is where partnering with the right payment service providers who have the necessary expertise and risk management capabilities, can be the difference between closing a successful sale, or losing out to a competitor.