Anti Money Laundering Mess? How to Outsmart Villains by Understanding Their Networks 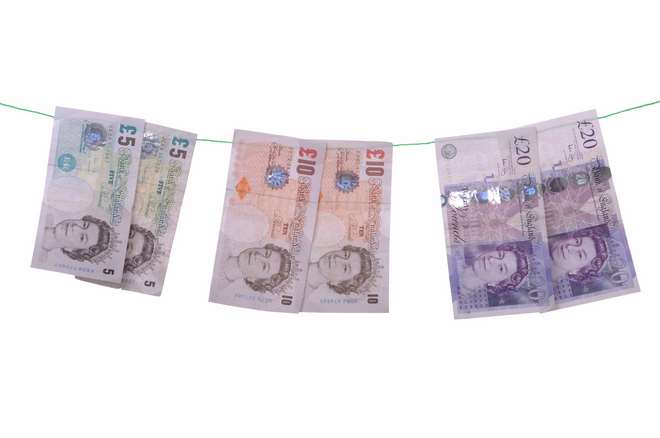 More than £90bn is estimated to be laundered illegally through the UK each year, according to the all-party parliamentary committee scrutinising the home office .No wonder HMRC and the banks are stepping up their efforts to combat these illegal activities with tightened regulation and the threat ofvery large fines for firms that are not addressing the issue, plus government ministers are drawing up legislation to establish the Draft Registration of Overseas Entities Bill, which aims to stop foreign criminals using the property market to launder money.There’s the money-laundering scandals that have engulfed Europe,especially in the Nordics.

The issue is that cracking down on anti-laundering involves following illegal money trails, which is a huge challenge. Financial criminals are sophisticated at using misdirection to make it very challenging to track funds from their start to end point and are adept at creating intricate networks of identities. As a result, it’s very hard for financial institutions to sift them out from legitimate transactions in gargantuan amounts of data that flow through banking systems every day.

At the same time, most banks’ standard instruments for dealing with money laundering – such as monitoring for deviation from normal banking patterns – are all about discrete data, which can’t easily detect the shared characteristics that typify money laundering networks. What’s more, such methods tend to issue false positives, which harm customer relationships.

A better way of uncovering the hidden

The good news is that while no measure can be 100% bullet proof, significant opportunity for improvement can be achieved. How? By looking beyond the individual data points to the connections that link them – as all too often, these connections go unnoticed until it is too late. And as those hidden connections hold the best clues to ongoing criminality it is a very promising place to look.

Graph software has the power to uncover these connections and is a highly useful addition to any bank chief security officer’s arsenal, as well to the forensic accountant or to regulatory bodies. With their widespread availability, graph databases are a technology any stakeholder who wants to stop those illegal activities should be considering.

Used by the International Consortium of Investigative Journalists (ICIJ), the group behind the Panama and Paradise Papers, which exposed the tax invasion of the super rich and powerful, graphs are a very powerful way to look under the covers of a complex system of financial connections and spot activities the criminals have been hiding. Just as we would not have discovered how the elite avoid tax if it wasn’t for graphs joining the dots between the hidden relationships – or recouped themore than $1.2 billion in resulting fines and back taxes, so the software could really help with money laundering issues.

Afterall, our accepted methods of dealing with the issue don’t suffice any more. The traditional relational database approach used in business has a role in indexing and searching for data, supporting transactions and performing basic statistical analysis. But this technology was not created to analyse relationships which are essential in uncovering money laundering routes – finding connections using relational databases results in lengthy queries and rigid and complex data structures that can’t keep up with the agility of white collar crime. Plus, making them work in synchronous time is problematic, with performance faltering as the total dataset size increases.

So instead of using relational tables, graph databases use structures better at analysing interconnections in data. Graphs use a notational formalism that is closely aligned with the way humans think about information – and once the data model is coded, in a scalable architecture, a graph database is practically impossible to beat at analysing the relationships between a large number of data points.

With the array of cyber threats increasing money laundering is only going to increase in frequency and complexity. Unless action is taken, with our connected world increasing the amount of data financial institutions have to deal with, it is imperative we can analyse data in real-time to have any chance of halting and tracing illicit funds and getting to the root of the crime syndicates that perpetuate them. Graph software is capable of bringing together various pieces of the money laundering puzzle and creating a logical picture. Using graph analytics, financial institutions finally have a tool that can help them fight money laundering from all corners.

The changing face of finance – the impact of digital transformation

Tightening up time consuming processes in the financial industry