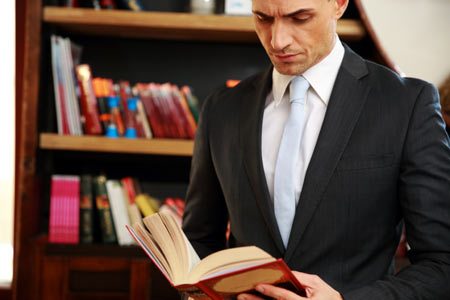 Aragon, the decentralized management platform for companies, today announced the latest additions to their Board of Advisors. Ahead of their token sale, which commences on May 17, 2017 and runs until June 14, 2017, Aragon invites Kenny Rowe, Chief Operations Officer of the Dai Foundation, and Jake Brukhman, Co-Founder of CoinFund to the team. In addition to the new board members, Aragon launches the formation of an Estonian-based non-profit, Aragon Institution MTÜ.

Built on Ethereum, Aragon is the first management tool developed specifically to disintermediate the creation and maintenance of companies all around the world. Aragon will offer a new, more efficient model for companies to operate and requires only the Internet to function. It implements basic features such as cap table management, governance, fundraising, payroll, and accounting, supporting all areas of company management through an easy-to-use interface.

“Aragon is extremely pleased to be bringing two of the industry’s most trusted and respected experts on board as Advisors: Kenny Rowe and Jake Brukhman. Both advisors bring with them a wealth of industry experience and knowledge to the board and are well equipped to make significant contributions to the project,” said Luis Cuende, Co-Founder and Project Lead at Aragon.

Currently Chief Operations Officer at the Dai Foundation, Kenny Rowe joins the Aragon board with experience in e-commerce, blockchain technology, decentralized governance, and crypto-economics. Prior to joining Maker DAO, Rowe served as E-Commerce Manager of ExOfficio for over 8 years and as MIS Specialist with Upaya Social Ventures. As COO at the Dai Foundation, Rowe is in charge of governance at Maker DAO, the producers of the first stable coin, the Dai.

“Maker DAO has been one of the best examples of transparency in governance within the community. Having Kenny Rowe, their governance lead, advise Aragon on the governance of the Aragon Network and Aragon organizations, is incredible. Rowe will assist us in shaping the growing Aragon community,” added Cuende.

With a background in mathematics and computer science and experience in distributed systems, private equity research and startups, Jake Brukhman joins the Aragon board of advisors. Brukhman is currently Co-Founder of CoinFund, a blockchain research company andproprietary crypto asset investment vehicle established in May 2016. Prior to cofounding CoinFund, Brukhman was a Partner and CTO at Triton Research, a technical product manager and engineer at Amazon, and spent over 5 years in the financial technology industry in New York City holding positions at Kohera LLC and Highbridge Capital Management.

“As one of the most connected individuals in the blockchain and cryptocurrency space, Brukhman will be assisting Aragon in partnering with other unique and ambitious projects, further cementing Aragon as a growing organization within the industry. His background in crypto-economics will also be crucial to his advisory role, as he will support Aragon in assessing the financial incentives in the Aragon Network for long-term success,” added Cuende.

Jake Brukhman said: “I am proud to bring my experience in blockchain to the advisory board of Aragon, a company I believe will redefine the management of companies globally and drive the movement towards decentralized organizations.”

Aragon today also announces the launch of their Estonian-based non-profit, Aragon Institution MTÜ. The non-profit’s primary responsibility is to oversee the fund allocation for the development of the project, as set out by the Aragon roadmap. Eventually, the non-profit will be integrated fully into the Aragon Network and with the use of funds managed by ANT holders.

“Estonia is ahead of its time when it comes to the use of blockchain technology. The government fully embraces the technology using blockchain-based applications for governance including the welcomed e-residency programme and blockchain-enabled medical records initiative,” concluded Cuende.

An uncapped number of tokens will be sold during Aragon’s month-long token sale which will take place from May 17, 2017 to June 14, 2017. All funds raised from this initial sale, in the form of Aragon Network Tokens (ANT), will be used to continue building Aragon Core and the Aragon Network, a token-governed digital jurisdiction, to resolve core governance issues and increase efficiency.