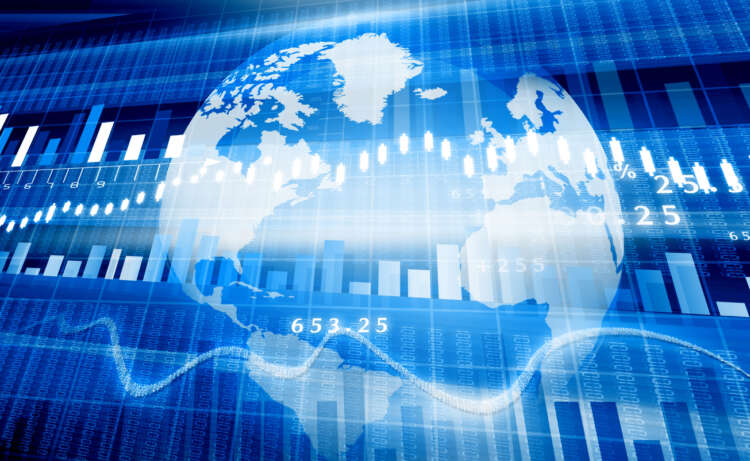 Global equities had another quietish week, albeit including a 3% mid-week pop in the US market, ending up 0.5-1%. The main news was in the US, where a speech by Fed Chair Powell was behind Wednesday’s bounce.

Powell hinted strongly that the Fed would at its next meeting on 14 December raise rates by 0.5%, rather than by 0.75% as in the last three moves. He also said the Fed did not wish to overtighten. These comments were seized on by markets but in fact they merely confirmed what the Fed had already been pointing towards.

Moreover, Powell’s remaining comments were distinctly less dovish. He continued to downplay the significance of the pace of tightening and emphasise the importance of where rates end up and how long they remain there. He also reiterated that the Fed will stay the course until the job is done and that history argues strongly against prematurely loosening policy.

Even so, the markets in their wisdom have scaled back their expectations for Fed tightening and are now pricing in rates peaking at slightly below 5% in the spring. Just as importantly, they are assuming the Fed will cut rates by 0.5% in the second half of next year. This optimism has in turn led to 10-year Treasury yields falling back further to 3.5%, a full 0.75% down from their October high of 4.25%.

We believe that US rates could well peak somewhat higher and that the Fed may not start easing policy before the end of next year. Last week, the Fed’s favourite measure of core inflation did come in slightly lower than expected in October, edging down to 5.0% from 5.2%. But it remains well above the Fed’s 2% target and a cooling in the labour market and slowdown in wage growth will be essential in driving core inflation back down.

Friday’s numbers, however, appeared to show the US labour market remaining hot, even if not as red hot as earlier in the year. Employment posted another robust and larger than expected gain in November and wage growth was also unexpectedly strong.

The danger that the markets are being too optimistic on the Fed is one of the major reasons why the current market rally looks overdone and markets may not see a sustained rebound before the spring.  In the past, a new bull market has usually only begun when one is distinctly closer, than we are now, not only to the end of monetary tightening but also to the eventual bottom in corporate earnings and economic activity.

Outside the US, China was the principal focus. The spate of protests against the zero covid policy has led to the scaling back of some restrictions, including easing Covid testing requirements. As discussed last week, a major relaxation will probably have to wait until the spring but these moves were still sufficient to trigger a 7% bounce in Chinese equities.

The prospect of a rebound in the Chinese economy next year contrasts markedly with the outlook for the Western economies and is a key reason why we remain positive on Chinese equities. We are also relatively optimistic on UK equities which are currently the only major market to deliver a positive return so far this year, albeit only of 1.8%. But our bullishness here is based on super cheap valuations rather than an improving economic outlook, with the UK unfortunately likely to spend next year mired in recession.