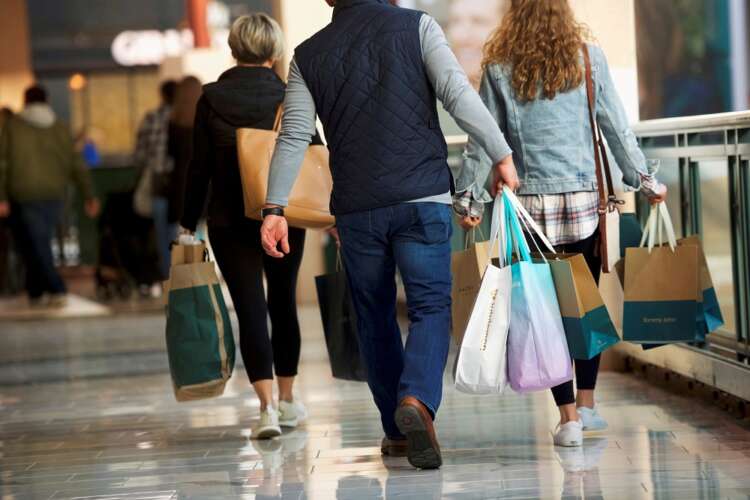 WASHINGTON (Reuters) – U.S. retail sales fell more than expected in July as shortages depressed motor vehicle purchases and the boost to spending from the economy’s reopening and stimulus checks faded, suggesting a slowdown in economic growth early in the third quarter.

The weak sales reported by the Commerce Department on Tuesday also reflected a rotation in spending back to services from goods. Retail sales mostly capture the goods component of consumer spending, which accounts for a smaller share, with bulky services such as healthcare travel and hotel accommodation making up the rest.

The school year gets into full swing later in August and most education districts are reverting to in-person learning. As such, consumer spending is likely to remain strong and keep the economy growing, though rising COVID-19 cases and a recent plunge in consumer sentiment are wild cards.

“If anything, today’s data suggests that spending is not keeping pace at the start of the third quarter after the fiscal stimulus-fueled and re-opening led surge in consumption growth in second quarter,” said Kevin Cummins, chief U.S. economist at NatWest Markets in Stamford, Connecticut.

“We still expect sales to bounce back for the quarter as a whole. Spending will benefit from recent strength in job gains and a boost from back-to-school spending as kids begin to return to in-school classrooms.”

Retail sales dropped 1.1% last month. Data for June was revised up to show retail sales increasing 0.7% instead of rising 0.6% as previously reported. Retail sales are 17.2% above their pre-pandemic level.

Receipts at auto dealerships fell 3.9% after declining 2.2% in June. Motor vehicle production has been hampered by a global shortage of semiconductors.

There was some encouraging news, with a separate report from the Federal Reserve on Tuesday showing motor vehicle output surged 11.2% in July as auto makers either pared or canceled annual retooling shutdowns to work around the chip shortage. That boosted manufacturing production last month.

Online retail sales dropped 3.1%, payback after Amazon.com pulled forward its Prime Day to June from July. Sales at clothing stores fell 2.6%. A rebound is expected as parents shop for the new school year. Qualifying households in mid-July started receiving money under the expanded Child Tax Credit program, which will run through December.

Stocks on Wall Street fell on the retail sales data and a weak earnings report from Home Depot. The dollar rose against a basket of currencies. U.S. Treasury prices were higher.

Excluding automobiles, gasoline, building materials and food services, retail sales fell 1.0% last month after an upwardly revised 1.4% increase in June. These so-called core retail sales correspond most closely with the consumer spending component of gross domestic product. They were previously estimated to have accelerated 1.1% in June.

Part of the cooling in retail sales reflects the shift in spending from goods to services like travel and entertainment, with more than 50% of the United States’ population fully vaccinated against COVID-19.

Rising infections driven by the Delta variant of the coronavirus could, however, slow the services spending boom.

The U.S. Centers for Disease Control and Prevention in late July urged fully vaccinated Americans to resume wearing masks in indoor public places in areas where the virus is surging.

“We’ve long held the view that discretionary services would lift overall consumer spending this year as the economy trended back to some semblance of normal,” said Tim Quinlan, a senior economist at Wells Fargo in Charlotte, North Carolina.

“But now with the resurgence of COVID, those gains may be more tepid. High-frequency data on restaurant visits and travel have plateaued in August as the Delta variant has become more prevalent in the United States.”

Still, the foundation for consumer spending growth remains strong. Job growth is picking up and employers are raising wages. Households are sitting on at least $2.5 trillion in excess savings accumulated during the pandemic.

Consumer spending, which accounts for more than two-thirds of U.S. economic activity, notched double-digit growth in the second quarter, helping to pull the level of GDP above its peak in the fourth quarter of 2019.

The economy grew at a 6.5% annualized rate in the second quarter. The Atlanta Federal Reserve is currently estimating GDP growth will increase at a 6.0% pace in the third quarter.

“The economy has strong positive momentum that should carry into 2022,” said Ben Ayers, a senior economist at Nationwide in Columbus, Ohio. “A slower pace of consumer spending in the months ahead could act to dampen overall growth, but likely only modestly so.”