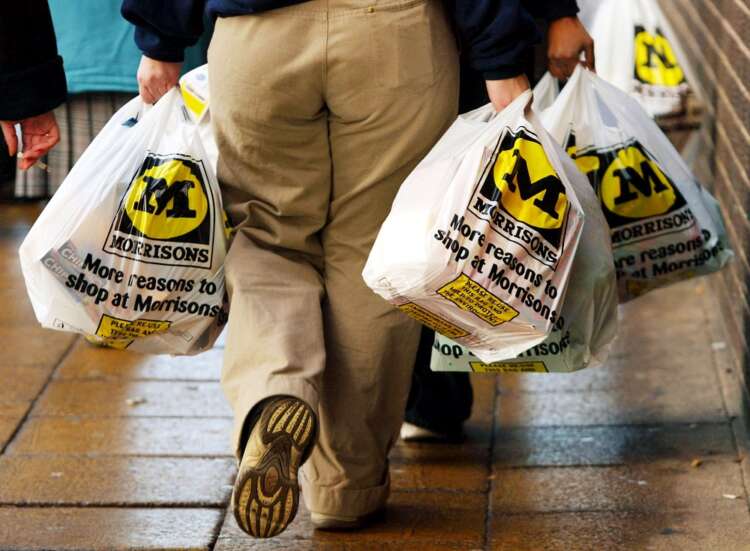 LONDON (Reuters) – UK grocery inflation hit 11.6% in August, the highest level since at least 2008, adding 533 pounds ($642) to annual bills during the worst cost of living crisis in decades, industry data showed on Tuesday.

Market researcher Kantar said the inflation rate was the highest it has seen since it started tracking supermarket prices in this way 14 years ago.

As prices rise Britons are also increasingly turning to own-label products to drive down the cost of their weekly shop, Kantar said. Sales of supermarkets’ own lines grew 7.3%, while sales of branded items now make up about half of the market, the highest level recorded, Kantar said.

“Over the past month we’ve really seen retailers expand and advertise their own value ranges across the store to reflect demand,” said Fraser McKevitt, Kantar’s head of retail and consumer insight. “It’s not surprising that we’re seeing shoppers make lifestyle changes to deal with the extra demands on their household budgets.”

Prices are rising fastest for products such as butter, milk and poultry, the researcher said.

The Bank of England said inflation would peak at 13.3% in October, the highest since 1980. Soaring inflation has largely been driven by rising energy costs, alongside issues surrounding Britain’s departure from the European Union and supply chain disruptions that worsened with Russia’s invasion of Ukraine.

Kantar said its data also showed Britons reacting to heat waves in July and August with sales of mineral water and soft drinks soaring by 23% and 10% respectively over the past four weeks.