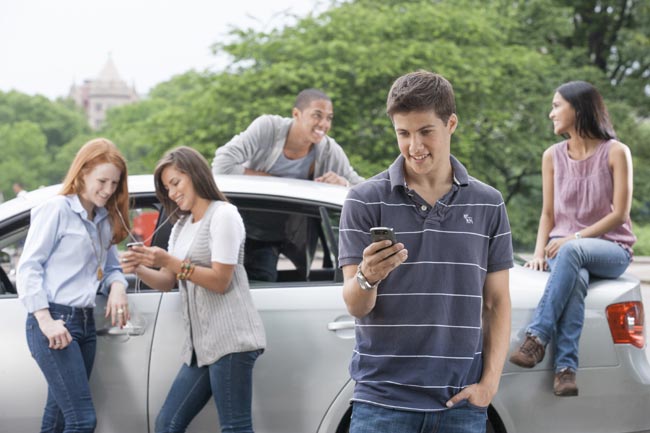 By Paul Davies, head of business diversification at Audatex UK

A few years ago, the idea of a driverless car was akin to having a robot butler or building a colony on the moon –a potentially achievable, but distant fantasy. But today, the future is suddenly a lot nearer than we think:companies like Nutonomy are testing near-fully autonomous vehicles taxis in Singapore, there are autonomous shuttle buses in Switzerland, and who hasn’t heard of Elon Musk’s electric Tesla cars and their autopilot systems?Fact is, driverless cars are already on our roads and will only multiply. Members of the Institute of Electrical and Electronics Engineers (IEEE) predict that a driverless vehicle is the most promising form of intelligent transportation and estimate that up to 75% of all vehicles will be autonomous by 2040.

Amidst the plethora of conversations being had on the consequences of driverless car adoption on a global scale, one topic that particularly stands out revolves around ownership.Will we still own cars in years to come? Will car sharing schemes become the norm? And of course, this raises a question from the automotive insurance industry:what effect will this have on how we insure drivers and these high-tech vehicles in the future?

Once upon a time, owning a car was a really big deal. People scrimped and saved and went without – all to make an investment in an asset that could be passed down to future generations.Fast forward 30 years and a lot has changed. With the Ubers, Addison Lees and Lyfts of this world, it’s no surprise that BMI Research found younger drivers are becoming less and less inclined to purchase something that loses value as soon as you drive away from the dealership.Having multiple cars per family in a city is now wildly inefficient. Roads are jam-packed 24/7 by either traffic jams or by stationary cars parked on main roads.With suburban areas on the outskirts beginning to fill up just as quickly, there’s no way to get around it. Coupled with concerns around carbon emissions, people increasingly prefer to rideshare, cycle or use public transport.

The general consensus is that it’s only a matter of time before car-sharing will become the most environmentally friendly, convenient and affordable alternative to owning a car – and it’s already happening. French start-up BlaBlaCar – hailed the world’s largest long-distance ridesharing community – is paving the way, with more than 25 million members all over the world. Now imagine this system combined with a fleet of driverless cars…My son and I always talk about the possibility of being dropped off at school or work, then being able to send our car to the elderly lady who lives on our road so she can go to the supermarket. For us and many others,it’s the dream – bringing communities together and giving mobility to those who have previously had limited access.

From an insurance perspective this begs a number of questions, the most important of which is who (or what) exactly will insurance companies be insuring? Will it be that we are insuring individuals and this would cover them no matter what mode of transport they use throughout the day? Would we insure vehicles and the liability hands over between users? It’s a potential minefield and the industry needs to work together to find the right solution.

Another big area for discussion when we talk about autonomous vehicles is in the event of a crash, it may become extremely difficult to pinpoint where the fault lies. It could be that the human behind the wheel was not concentrating when they needed to resume control, but in the instance of a hacking attack or a software fault, is it then the manufacturer who is to blame or the hacker?

One thing is for certain among the myriad of questions… very soon individualised insurance policies will simply make no sense, and the industry needs to reinvent itself in order to keep up with consumer needs. Just like how life insurance premiums differ depending on your lifestyle, I can already envisage a day where insurers move from insuring possessions to insuring people and the ‘things’ they interact with. And all insurance they take out – whether home, phone, travel, pet or car – will depend on the person and the way they live their life.

There are some incredible events taking place in the industry right now, bringing together insurers, manufacturers and regulatory bodies to help tackle the challenges of tomorrow, and we hope to be a big part of shaping the future for autonomous vehicles on our roads.