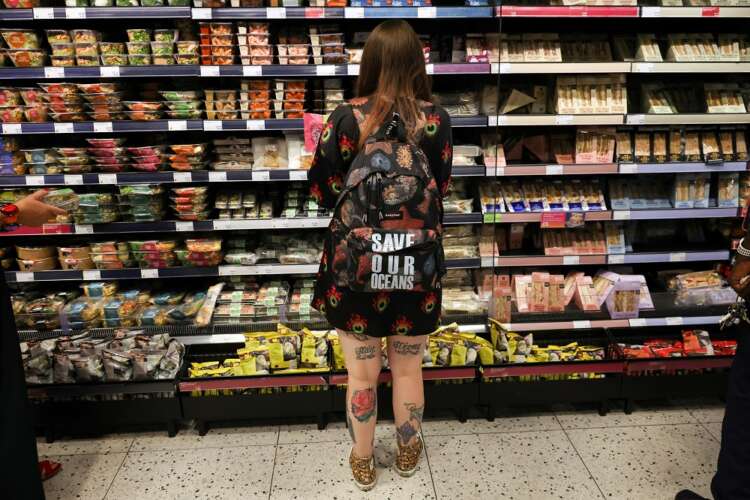 LONDON (Reuters) – Bank of England Governor Andrew Bailey and other top officials from the British central bank spoke to lawmakers on Wednesday about last month’s decision to raise interest rates to their highest since 2008 in the face of double-digit inflation.

“It’s not for us to comment on what fiscal policy will be and we will wait and see what it is…but I do very much welcome the fact that there will be, as I understand it, announcements this week because I think that will help to, in a sense, frame policy and that’s important”

“It’s important that there is a clear way forward on policy… That will be important for markets to understand what is going to happen.”

“The inflation target … has proved to be very successful. In 25 years since this regime came into existence … inflation has averaged pretty much exactly on target.

“This is by far the biggest shock we are facing during the life of that, but it is not does not suggest that the regime has failed. What it suggests is that the regime now has to do its work and respond to a much bigger shock and we are confident that it will do so.”

“One of the things that does seem to be under consideration … is a change to the relationship between gas prices and retail gas prices in a direction that will lower headline inflation, relative to what we were forecasting … where that relationship was based on the mechanics of the Ofgem price gap.

“So I think that in the short term would tend to weigh on inflation. Against that, some of the implications of supporting household incomes – particularly household incomes towards the less well off households – support demand in the economy, and other things equal, would probably lead to slightly stronger inflation. Net-net on the implications for headline inflation in the short term, I would expect that to see a decline.”

“Will fiscal policies generate inflation? We are here to ensure that they don’t generate inflation. So fiscal policies will have their own dynamics as will other shocks to the economy, and we as the central bank, our role is, our mandate is, our remit is to return inflation to the target and I think that’s what we’re trying to do, that is what we are doing, that is that is what we will do.”

“The more important question from a monetary policy point of view is what are the implications of these changes and the other fiscal changes that you mentioned, which I don’t have good insight into, but have also been flagged. I mean, what are the implications of those for inflation at the what we typically label, monetary policy relevant horizon, which is the horizon at which the lags in monetary policy unwind, the decisions we make today, how they affect inflation in the future? And I think there, not only does it depend on the macroeconomic effects of the various fiscal changes … I think there’s just too much uncertainty to have a strong view right now, given the lack of details.”

“I judged that the more gradual pace of tightening will allow us to reduce those risks, because we will see the effects of the data and we can always stop.

“So it’s about going slowly when there is a lot of uncertainty. And that was my judgement.”

“Given the uncertainty, my strategy will be to consider further tightening until we see firmer evidence.”