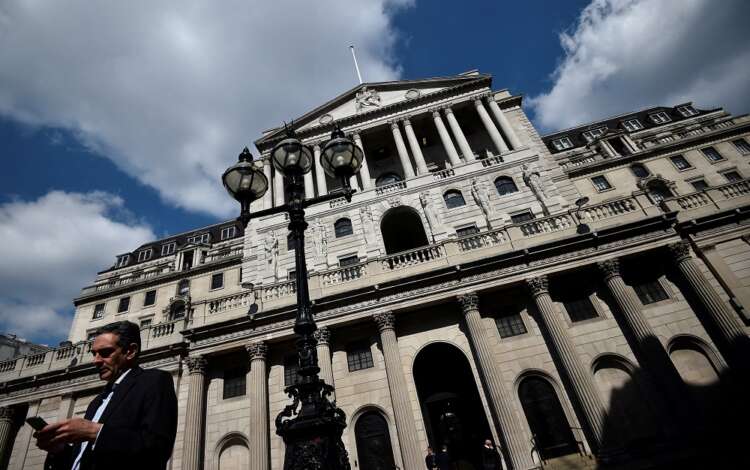 Pill said the central bank was battling the biggest inflation challenge since it gained operational independence in 1997, with inflation at a 40-year high of 9.0% and set to hit double digits later this year.

While inflation in the short-term was driven by factors such as geopolitical conflict, surging energy prices and supply-chain bottlenecks which the BoE could not control, he said it needed to ensure expectations of high inflation did not become entrenched.

“Avoiding any drift towards the embedding of such ‘inflationary psychology’ into the price-setting process is crucial,” Pill said in a speech to Wales’s Association of Chartered Certified Accountants.

“Tightening still has further to run,” he added.

Earlier this month the BoE said “some degree of further tightening in monetary policy may still be appropriate in the coming months” – although two members of its Monetary Policy Committee reckoned this guidance was too aggressive.

The BoE has raised interest rates four times since December – more than any other major central bank – and financial markets expect rates to reach 2% by the end of the year from 1% now.

BoE forecasts earlier this month showed inflation in three years’ time was on course to significantly undershoot its 2% target, as the economy slows and energy prices stabilise.

But Pill indicated this should not automatically be read as a signal that the BoE thought market rate expectations were excessive.

“I want to flag some reasons for caution in how to interpret our published inflation forecasts as guides to the validity of the interest rate profiles on which they are conditioned,” he said.

For example, these forecasts did not capture the impact of a potential future European embargo on Russian oil and gas, he said.