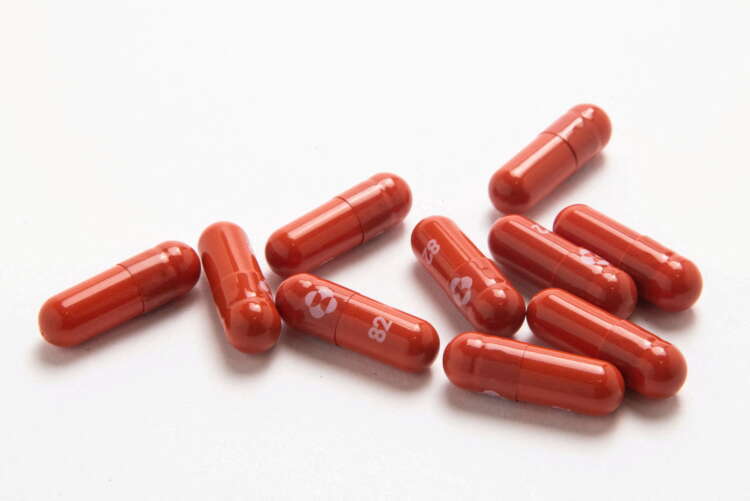 LONDON (Reuters) – Britain said on Tuesday it needed to recruit 6,000 more people onto a trial of Merck’s COVID-19 antiviral pill molnupiravir to inform how the drug can be rolled out more widely.

Britain’s MHRA medicine regulator approved the pill, made by Merck and Ridgeback Therapeutics, in November, and the government launched a national study to establish the best way to use the drug.

The health ministry said that while 4,500 trial participants had signed up, thousands more were needed to gather the data needed.

The study, called Panoramic, was launched to assess how the antiviral should be used in a largely vaccinated population, given it was assessed in clinical trials on unvaccinated people.

“Antivirals are a hugely important addition to our response to COVID-19,” said Eddie Gray, chair of the UK’s Antivirals Taskforce.

“Getting people enrolled onto this study is vital, not just in protecting the most vulnerable now, but in ensuring we can deploy these medicines more widely as soon as possible.”

Prime Minister Boris Johnson last week said he would ditch mask mandates, work from home guidance and compulsory COVID passes in England, citing Britain’s purchase of antivirals as well as the booster rollout and the lower severity of the Omicron coronavirus variant.

Merck’s pill was shown to reduce hospitalisations and deaths by around 30% in a clinical trial of high-risk individuals early in the course of the illness.

The government said that over-50s and those with an underlying medical condition who had tested positive for COVID-19 on a PCR test or who were unwell with COVID symptoms in the last five days could sign up for the Panoramic study.