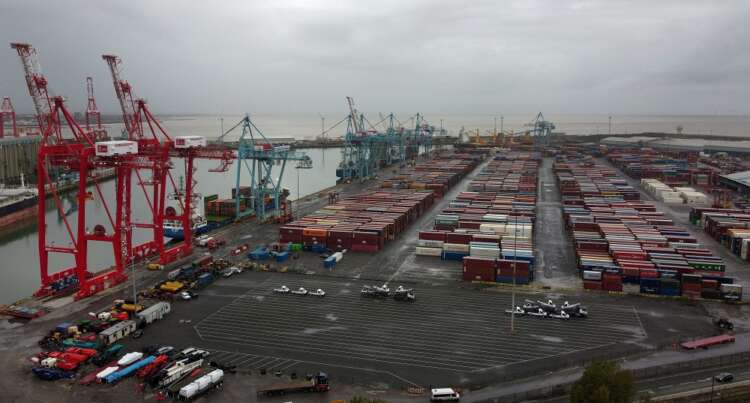 LONDON (Reuters) -More than 560 dockworkers at the Port of Liverpool, one of Britain’s largest container docks, will go on strike from Sept. 19 to Oct. 3 over pay, the Unite union said on Friday, adding to a summer of industrial unrest caused by soaring inflation.

“Workers across the country are sick to death of being told to take a hit on their wages and living standards,” Unite general secretary Sharon Graham said in a statement, urging the the Mersey Docks and Harbour Company to table a good offer.

The strike will severely disrupt shipping and road transport in Liverpool and surrounding areas, Unite said.

The workers, comprising port operatives and maintenance engineers, are striking over a 7% pay offer they say amounts to an effective “pay cut” with inflation reaching double digits. They also say MDHC has failed to honour a 2021 pay deal.

MDHC parent Peel Ports said it had offered a pay package of 8.3% on top of a 4.5% pay increase last year and other improvements to shifts, sick pay and pensions.

“Our pay offer is well above the national average and represents a sustainable position for the business, taking into account stagnation in the container market, worldwide economic pressures, the conflict in Ukraine and global shipping disruption,” Peel Ports Chief Operating Officer David Huck said in a statement.

It is the latest strike to disrupt rail services across Britain this summer and comes as industrial unrest affects a range of industries, from aviation and transport to nurses and lawyers.