Can the Fed Rein in Inflation Before a Recession? 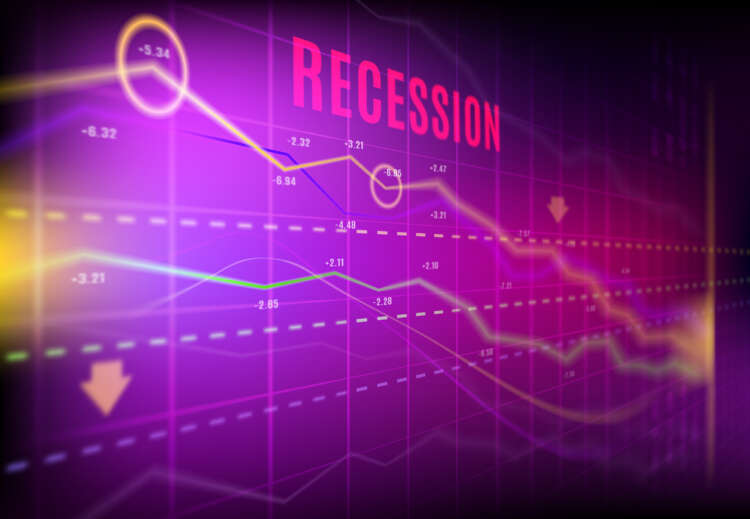 Americans are becoming increasingly worried about the possibility of a recession following rising prices for consumer goods and gasoline. In an attempt to cool the economy, the Fed recently began raising interest rates, but consumers are continuing to spend their money despite increased costs.

Over the following months, we will see whether raising interest rates will have the desired impact or whether a recession will occur.

What Is a Recession?

A recession happens when there is a continuous decline in GDP over at least two quarters. For a recession to occur, a significant decline in economic activity would need to happen. With a jobs market that remains hot, it’s possible that the U.S. will avoid a recession. However, the economy must remain as close to full employment as possible.

The Fed must also be cautious in how it raises interest rates. If it moves too quickly, there may be a decline in the labor sector, leading to a full-blown recession. To prevent a recession, the Fed needs to perform a delicate balancing act.

What Do the Experts Say?

According to Nick Tell, CEO of the leading asset management firm Armory Group, a recession may be inevitable and might occur in late 2022 or early 2023. As he explains, “Supply chain bottlenecks continue in Asia. Crude and gasoline pricing has regained strength after some relief last month, which helped inflation numbers last month, but that is now reversed: wage pressure continues to mount, and food inflation will accelerate with a potential worldwide grain shortage due to the war in Ukraine, drought in the midwestern U.S., and extreme weather in Canada.”

He continues, “The only solution I see is for the Fed to accelerate rate increases until consumer demand is reduced enough to fit the reduced supply currently in the economy.”

While Americans are currently experiencing sticker shock from increased gas prices, rising home costs, and more expensive groceries, this may only be the beginning. The prices for basic goods will continue to increase until Americans begin to stop spending and opt for cheaper alternatives.

As Nick Tell says, “Demand needs to be reduced so that the economy can regain equilibrium with all the limitations that currently exist on the supply side.”

Miesha Williams, the program director for economics at Morehouse College, believes that we won’t know of a recession until we are already in it. She contends that the country will be in a recession when housing becomes a more serious issue than it already is. Households may be unable to afford their rent, and the resulting losses to landlords will become visibly apparent. If people become afraid to spend their money for longer than four months, then the recession will have begun.

Dedrick Asante-Muhammad believes that consumer uncertainty and concerns about rising prices may also be a byproduct of the continuing COVID-19 pandemic. During the shorter recession that played out in March 2020, households didn’t feel as much of an impact because there were significant government interventions and programs that were made available to people who were out of work or had reduced incomes.

What Should Investors and Citizens Do to Prepare for a Recession?

According to Christelle Khalaf, the best option for investors is to save as much as possible. This creates a buffer in case of job loss and prevents losses in the stock market.

How to Choose the Right Retirement Plan for You