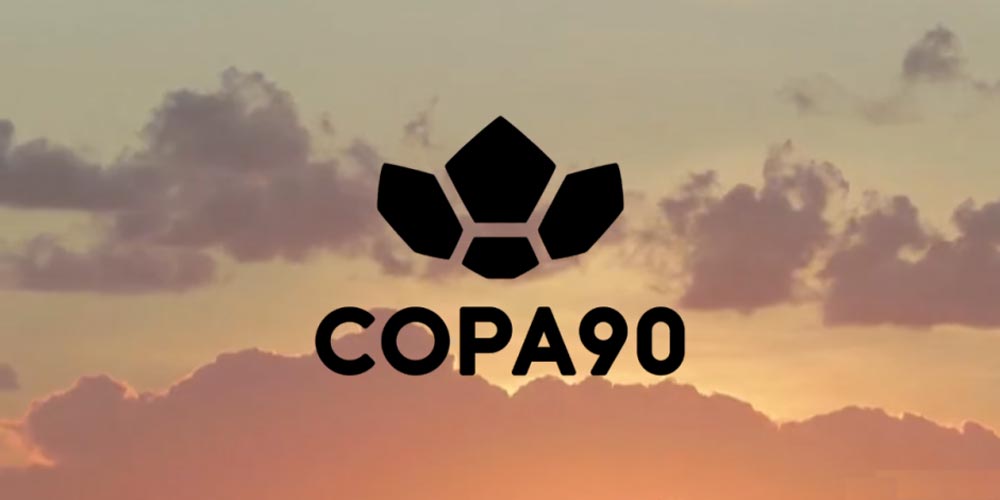 Jeff Mallett, the renowned sports and technology entrepreneur who was instrumental in leading Yahoo! to become one of the iconic global digital brands with over 500 million loyal users around the world and served as its founding President and Chief Operating Officer and director until 2002, will advise the Bigballs Media board and will invest in Copa90 as it continues on its impressive growth trajectory.

Mallett said: “As a passionate football fan, football league and club owner, combined with my 30 years in technology, I believe that Bigballs Media and Copa90 is well positioned to be the voice of the global football community. I look forward to working with its board of directors and executive team to help continue to grow the business at scale, delivering high quality programming to the rapidly expanding demand from football fans and business partners.”

Niall Curran, former President of Liberty Global’s media investments group, is taking on the new role of Chairman of Bigballs Media, and has made a personal investment in the company.

Curran is joining Bigballs Media as his first board role since leaving Liberty Global in June this year after a highly successful 16-year career with the company. He previously oversaw Liberty Global’s investment into Bigballs Media, one of a series of investments to strategically reposition the group’s media portfolio, after leading the build then sale of its Chellomedia channels business to AMC Networks Inc in 2014.

Curran said, “I am delighted to be working with Tom Thirlwall, the Chief Executive of Bigballs Media, and the terrific Bigballs Media team. Their fan-centric, digital first approach addresses a significant gap in a huge market, a fact reflected in the quality of the brands working with Copa90.”

Tom Thirlwall, said: “Copa90 is completely shaking up the way that football is covered globally, which is why we’re delighted that Niall and Jeff have jumped on board to invest and be involved. Both have got to know the business over the last year and bring a huge amount of experience in building world class media businesses.”

Bruce Mann, Chief Programming Officer at Liberty Global, said: “Bigballs Media is an important aspect of Liberty Global’s wider content strategy of investing in highly relevant and engaging sports media properties with global reach. Since our original investment, we are delighted with the progress the company has made – through its pioneering approach it has cemented its position as market leader in delivering coverage of football to the global fan community in the way they want to consume and interact with it. It is well positioned to further establish itself as a leading global sports media property in the run-up to the 2018 World Cup.”

“With further international expansion planned ahead of the 2018 World Cup and with Jeff and Niall on board, this is an exciting time for the company as it moves to another stage in its development.”

The appointments are evidence of the scale of Bigballs Media’s ambitions and will help Copa90, which has an audience of over 11 million, to further its international expansion beyond Europe and US and into China, LATAM and South East Asia. This follows the announcement in 2015, of a £7.5 million first stage of investment from Liberty Global and e.ventures, the global venture capital firm. The two companies, alongside Major League Soccer, are currently the most significant investors in Bigballs Media.

A massive sports fan, the Canadian dot-com mogul and charismatic entrepreneur Mallett is an investor, member of the board of governors, and business ventures committee member of Major League Soccer. A former co-owner of Derby County FC in England, he is now the co-owner and director of the Vancouver Whitecaps FC and an investor and principal partner in the San Francisco Giants. He is also a principal partner in highly regarded sports/technology/media investment firm Iconica Partners, based in Palo Alto California.

Curran and Mallett join Bigballs Media following Copa90’s recent success in defining the football fan agenda by shining a light on events off-the-pitch. It was the only sports business to create a Facebook Messenger bot for the European Championship football tournament and got closer to fans on the ground during the tournament through its partnership with ITV on The Fans Daily show, broadcast a mere 12 hours after the previous night’s games.

Copa90’s other recent innovations include a Snapchat show co-created with The Bleacher Report, content distribution on the SkyGo and Virgin Media platforms, and a one-off live event with Ibiza Rocks. It also focuses on taking fans beyond the game itself with initiatives such as the Liberté Cup, a football tournament to change perceptions of refugees in Northern France.

Curran and Mallett will work closely alongside Bigballs’ senior team, which includes Tom Thirlwall, James Kirkham, the Chief Strategy Officer for Bigballs Media and the Head of Copa90, and Ross Whittow Williams, the Chief Content and Operations Officer.

Niall Curran and Jeff Mallett are available for interview and comment.