Court fees and access to justice:  the impact of the Supreme Court's decision on lenders

In July this year, the Supreme Court ruled that employment tribunal fees are unlawful, triggering their immediate end. Following the Supreme Court’s judgment, the government announced its phase one plans to refund tribunal users for the fees they had already paid. 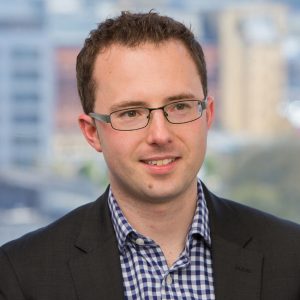 It is estimated that £32 million of fees have been paid since they were introduced in 2013. This article will look at the implication of the Supreme Court judgment for lenders and whether it could have a wider legal or political impact on access to justice for civil claims.

What was the basis for the Supreme Court’s decision?

The main basis for the judgment was the constitutional right to access to justice, especially where this is being undermined by secondary legislation. The Supreme Court also said that the fees were unlawful as they indirectly discriminated against female claimants (essentially as the fees were higher for discrimination claims) and also because the fees regime meant that the government had failed in its obligation under EU law to provide a viable remedy for EU derived rights. However, given the main finding, the Supreme Court’s decision will not be affected by Brexit.

Why should lenders take note?

As organisations with a considerable workforce, there is the potential for the number of employment tribunal claims to markedly increase. Also, past claims, which were not brought due to the cost of fees, may now be submitted out of time by requesting that the tribunal uses its discretion to allow them.

Lenders should follow proper procedures when dealing with disciplinary and grievance matters and ensure that all line managers are up to speed on internal policy in this area. If tensions arise, consider using a settlement agreement before an employee leaves and engage in the ACAS mandatory early conciliation scheme in an attempt to deal with any appropriate claims at an early stage.

What impact will this decision have on other types of claims?

The Supreme Court’s decision also raises a more general issue concerning the potential for civil court fees to act as a barrier to access to justice. Court fees were substantially increased in March 2015. In the most striking example, the cost to issue a claim with a value between £200,000.01 and £250,000 rose from £1,515 to £10,000 (an increase of more than 600%). A consequence of this is that income from court fees now exceeds the cost of providing the public service. In the last financial year, the government recorded a surplus of over £100 million.

One might therefore ask whether court fees are next in the firing line. It is also worth remembering that, since April 2013, the cut in the availability of legal aid and the non-recoverability of additional liabilities under conditional fee arrangements have also had an impact on access to justice.

If court fees were to be reduced considerably, lenders would be likely to see an increase in borderline and lower value claims. However, the Supreme Court was careful to draw a distinction between employment tribunal fees, which it found to be unlawful, and civil court fees, for which no such ruling was made. Lord Reed specifically noted that civil court fees have been designed in a way that is likely to have a less deterrent effect on the bringing of small claims because the costs are graduated.

The distinction between employment tribunal fees and civil court fees was also referred to by Justice Minister Dominic Raab at the Conservative party conference earlier in October. The Ministry of Justice had even previously raised the possibility of increasing court fees further. In particular, it has been proposed that the fee for the highest value cases could be increased from £10,000 to £20,000 (prior to March 2015, it was less than £2,000).

Nevertheless, the Supreme Court’s decision is a landmark ruling and its potential wider political impact should not be ignored. A legal challenge to the lawfulness of court fees, as they currently stand, is perhaps unlikely to succeed. However, if court fees are increased to the level suggested by the Ministry of Justice, an access to justice type challenge is more likely. Given the Supreme Court judgment, the government might now be more reticent about the proposed fee increase.

What should lenders do next?

In the short term, court fees are probably unlikely to play a significant role in the volume of claims that lenders might expect to see. It is more a question of waiting and seeing what decisions are made, and the context for any new policies or rulings in this area. If court fees were to be cut significantly as a result of a more wholesale review of the impact of court and tribunal fees on access to justice, lenders would be likely to see an increase in claims and should take appropriate action.

Alternatively, if the government were to proceed with plans to increase court fees further, notwithstanding the fallout from the Supreme Court’s decision, this may have the effect of deterring some claimants from bringing claims and this could lead to a legal challenge.

Sam McCollum is an associate in TLT’s financial services, disputes and investigations team. He specialises in pursuing recovery actions for financial services organisations and defending them in respect of a wide variety of claims.

Move Aside Brexit; Open Banking is the One to Watch

What does the future hold for the traditional bank branch?