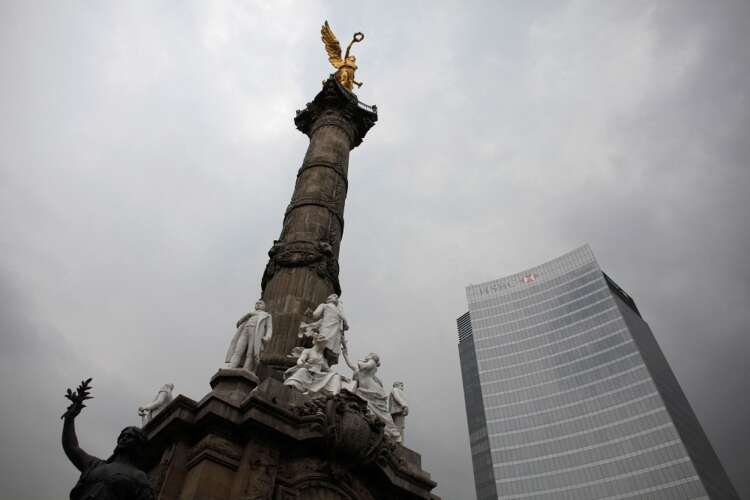 LONDON (Reuters) – Central bank policymakers and other global authorities are exaggerating the financial risks of climate change, a senior HSBC banker in charge of sustainable investments said in remarks that drew criticism from climate activists.

The bank said his views did not reflect those of HSBC as a whole.

“Unsubstantiated, shrill, partisan, self-serving, apocalyptic warnings are ALWAYS wrong,” Stuart Kirk, HSBC’s head of responsible investing, wrote on a slide accompanying his presentation at a conference in London on Thursday alongside quotations from bodies such as the United Nations and Bank of England warning of the risks.

Kirk said that such warnings meant his team and HSBC in general are spending a disproportionate amount of time dealing with climate risk, as opposed to other challenges.

“We’ve got inflation coming down the pipes and I’m being told to spend time and time again looking at something that’s going to happen in 20 or 30 years, the proportionality is completely out of whack,” he told the conference hosted by the Financial Times, which posted online a video recording of the event.

Nicolas Moreau, Chief Executive of HSBC Asset Management, told Reuters via a spokesperson that Kirk’s remarks did not represent the company’s views.

“HSBC regards climate change as one of the most serious emergencies facing the planet,” Moreau said in an email sent via a spokesperson.

HSBC Asset Management oversees some $640 billion in assets, according to the company website.

Kirk did not respond to a request for comment sent via LinkedIn.

Kirk’s comments drew criticism from activist groups that have campaigned for HSBC and other financial firms to reduce their funding of the fossil fuels industry and toughen their climate pledges.

“This should raise red flags to any clients of HSBC that care about net-zero,” Jeanne Martin, campaign manager at responsible investment NGO Share Action, tweeted.