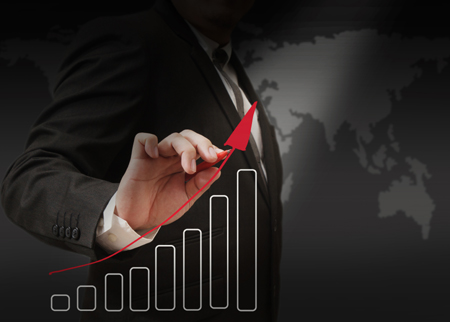 Leading education technology-focused conference, EdTechXGlobal has today released its forecast for the biggest trends set to impact the EdTech industry in 2016, from a report produced in partnership with IBIS Capital. Ahead of the annual summit in June, the report also demonstrates how the EdTech market has changed dramatically, with a growing realisation of the impact EdTech is having on the way skills are acquired and developed for the 21st Century workforce.

The report finds EdTech market acceleration will be hugely dictated by the global education expenditure market, as education becomes increasingly more expensive. In fact, the market is now over $5tn, 8x the size of the software market and 3x size of the media and entertainment industry, yet education is only 2% digitised.  With the market expanding rapidly, so too is the annual summit, which will this year take place over two-days in London, with the launch of an inaugural Asian event in November.

“We expect a long rising tide rather than an avalanche, and as such, we need to manage our expectations accordingly,” explained Benjamin Vedrenne-Cloquette, Co-Founder, EdTechXGlobal. “We estimate that the speed of digitisation in education will be up to five times slower than has been seen in other sectors, due primarily to the increased number of gate keepers involved in digital transition decisions, teachers, institutions, governing bodies, districts and policy makers amongst a few”.

Education technology is becoming a global phenomenon, and as distribution and platforms scale internationally, the market is projected to grow at 17.0% per annum, to $252bn by 2020. To date, the US has set the trend and pace of the EdTech market. Asia is now experiencing the world’s fastest growth in investment into the sector, and Europe has seen increases in M&A; however, this region remains a largely under-invested and fragmented market.

Mobile penetration, particularly smartphones, will be a game-changer towards delivering and supporting learning, and driving growth. The report notes that North America, Europe and the commonwealth states lead in internet and mobile penetration, while substantial growth is expected across emerging markets, with mobile being a catalyst for delivering and supporting learning. With 90% of the world’s population under 30 already being in emerging markets, education and vocational training in the area will be led by mobile first strategies.

Population growth will be a key challenge for the EdTech sector. By 2035, there are expected to be 2.7bn students worldwide, and in order to meet higher education demand under the current structure; two universities need to be built per day, over the next twenty years. As such, the report states that this is leading education providers to seek ways to capitalise on growth by expanding their brand to export markets so individuals can access internationally recognised qualifications.

With the recognition of online education qualifications long representing a challenge for the industry, the report indicates that MOOC job conversion rates are increasing, largely driven by demand from employers for skilled workers. Although monetisation still remains unclear, the report draws up solid examples of successes in this respect with Coursera, an educational technology company that offers MOOCs, sited as being set to reach $30m in revenues per year thanks to its steps to solve marginal cost and positive impacts at a massive scale.

The report predicts a global workforce crisis powered by extreme automation.  The ‘Fourth Industrial Revolution’ will see an increase in workforce automation to include not only highly repetitive low-skill jobs, but also highly routine medium-skill jobs. This will accelerate disparity between the supply and demand of candidates and force employees to learn new skills, both within the workplace and in educational establishments.

Benjamin continues, “in a rapidly evolving economy where skill sets continue to progress at an accelerated pace, digital models offer a way to capture these changes and offer new routes for re-skilling as well as addressing widespread labour shortages, 50% of current jobs won’t exist in 2025, and consequently, there will be a growing need to re-train the workforce in order to address current skill gaps and increase the use of continuous learning.”

The report’s findings will be discussed in detail at the summit on 15th-16th June, during which more than 800 delegates and over 150 speakers are expected to come together to engage in keynote speeches, fireside chats and panel discussions, to share knowledge and champion growth in the EdTech sector. Formally known as EdTech Europe, the London event has grown exponentially over the last three years, undergoing a branding overhaul in 2016 to reflect a burgeoning interest from international delegates.  Now, along with the newly launched EdTechXAsia event, EdTechXEurope will sit under the EdTechXGlobal umbrella of events, to provide a truly worldwide platform for global EdTech experts, investors and innovators.

To see the full report from EdTechXGlobal or to find out more about upcoming summits, visit www.edtechxeurope.com.

Passwords still have a role to play in personal finance

STAY AHEAD OF THE CURVE AND MEET YOUR CUSTOMERS PAYMENTS NEEDS