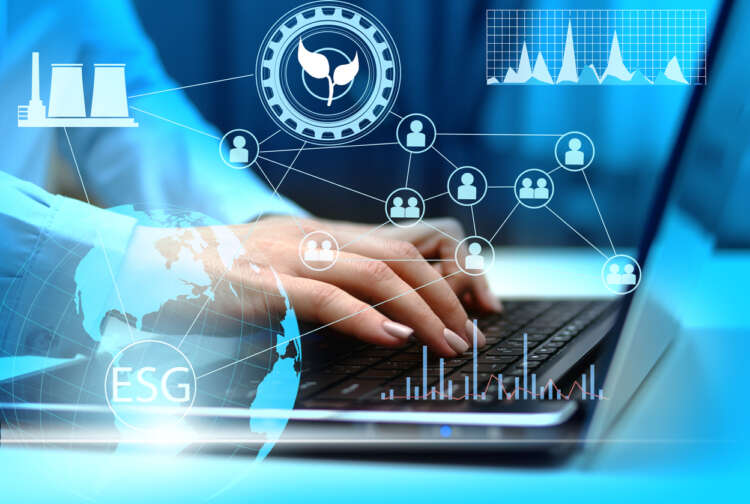 Considering the fast-increasing demands and focus placed by businesses on environmental, social and governance (ESG) reporting, it remains a surprise that it comes in such haphazard and inconsistent shape. The standard and quality of ESG reports are mixed, with little uniformity in how different companies approach them. This results in a vast disparity in both how these reports are put together, and what the outputs of ESG reports actually are.

What is most surprising is that outside of what regulatory bodies request, there are real benefits to organisations in standardising their reporting. Yet because different companies approach it in different ways, it’s been borderline impossible to compare organisations side by side on ESG matters, despite investors and financial intermediaries demanding the ability to do so.

However, things are changing.

The emphasis on better ESG reporting is being driven by two factors: organisations voluntarily looking to respond to what their stakeholders want and growing pressure from authorities and supervisors to do so. Given that such reporting offers a snapshot of an organisation’s sustainability progress, as well as a measure of its efficiency and performance, it is understandable that stakeholders are as much at pressure point as the regulators are.

Yet the balance may yet shift from the former to the latter. It would be remiss not to acknowledge that a tighter legal requirement for financial institutions to disclose ESG information is incoming: the voluntary aspect of the work is about to become much more formal as ESG reporting becomes mandatory for all private UK companies and limited liability partnerships with more than 500 employees and turnover greater than £500m, along with all publicly quoted UK companies this year.

As such, just how data is compiled and reported is of growing concern, and more nimble solutions are being sought. Longer term, a more realistic, useful framework that consolidates the many approaches to ESG reporting will be vital.

In fairness to many organisations, part of the problem has been that effective technology implementations were not sought fast enough. As a result, ESG reporting has primarily been tackled manually by organisations, without the automated industry-standard tools to streamline the processes involved.

However, a tangible solution looks set to transform matters, one that deploys the flexibility and nimbleness of distributed ledger technology (DLT) to do so. It’s an important shift that will move away from traditional, scattered reporting models in ESG to an effective digital solution.

DLTs sit at the heart of significant change and improvement. Facilitating a shared, robust digital document of record, DLTs have several core advantages, not least that they don’t have a central administrator in charge, and they allow for simultaneous, secure access and validation of entries.

In this context, the technology allows for a decentralised peer-to-peer transactional database, able to handle the complexity intrinsically demanded by the financial sector.

Furthermore, the distributed nature of the ledger also makes it resistant to tampering. After all, DLTs allow the gathering of transaction data from numerous participants, resulting in a ledger that can be counted on, as no one person either controls it or stores it in its entirety.

Intersecting the power, flexibility and security of DLTs with ESG is a logical, and arguably overdue, step forward. What’s more, it builds on inroads already being made. After all, reports are already being written to state the case for DLTs and the technology continues to evolve. Why not harness it?

A 2017 survey from the World Business Council for Sustainable Development highlighted the already-present appetite for adapting current ESG reports. It discovered that44% of member companies’ ESG reports were already including online materials beyond simply a PDF. That was a notable jump from previous surveys, and there were also signs that the reporting process itself was changing. 32% of reports were primarily in digital formats and the emphasis on downloadable elements was being reduced.

Financial services have proven keen adopters of ESG initiatives, harnessing their efficiency, lower costs, and time optimisation, as well as integrating processes that reduce errors. Building on this adoption, DLT-based reporting will lead to greater transparency, in line with regulatory requirements.

This latter point is key: every single record on a distributed ledger is available to securely access by those with permission. Many still lean towards paper-based systems, and yet here is a clear way forward. By centralising records on a distributed ledger too, it enables effective, measurable collaboration. Stakeholders can streamline their own data reporting, as well as working to an established standard. Those aforementioned permissions can then be set as to who can access what parts of the ledger.

It’s also worth noting that there’s a finality to transactions that run through a DLT. That the record in the ledger is permanent, and in almost all circumstances can’t be reversed. This has a welcome knock-on effect when it comes to simplifying the auditing of an ESG report.

There’s an obvious way forward that’s emerged. By the establishing of a global, accepted framework for reporting, it can allow companies working in the same industries to not only standardise their data, but also benchmark themselves more effectively.

Turning specifically to asset management firms and investment funds, ESG reporting already comes with mandatory regulations to adhere to. In this case, those set down by the European Union’s Sustainable Finance Disclosure Regulation (SFDR), which aims to standardise sustainability disclosures for investment funds.

This works at two levels: product-level recording is self-explanatory, whilst entity-level reporting covers the sustainability considerations of the overall organisation itself. Within that, there are 18 – at the time of writing – mandatory universal indicators, and potential additional requirements on top of that. These are all necessary to prepare the required Principal Adverse Impact statement, which must consider the impact of investment decisions on sustainability factors.

On a product level meanwhile, pre-contractual disclosures for investment products are required, as well as statements for each financial product offered by an organisation. The complexity and quantity of such statements means they are not the kind of requirement that land on one person’s desk: they require the bringing together of data from a mix of sources. Often, a group is designated within an organisation to oversee internal factors such as data collection, before information is shared with external stakeholders. Understandably, some outsource this work to external ESG specialist companies. In Europe in particular, the latter option has proven the most popular.

The multiple threads required by ESG and the evolving nature of it has led to some messy, inefficient systems over the past years. The lack of a tangible industry standard has proven a further obstacle. But there’s an opportunity here to solve more than one problem at once.

It’s clear that ESG reporting requires multiple stakeholders, some of whom will be external to an organisation. Even internally, the current world sees employees geographically broadly spread. A DLT thus offers a way forward in more than a single way.

Firstly, it standardises levels of reporting, and the methodology involved, across not just an organisation, but an industry. The data input capabilities afforded by a DLT open up effective, clearer daily portfolio analysis against benchmarks for instance. That, and better, more tuned data categorisation for product-related disclosures. Intelligence becomes more transparent.

On the receiving end of ESG reporting, a shared front-end portal can standardise not only the manner in which data is collected, but also in how it is read. All via a tamper-proof system.

Tighter, more trustable reporting has business knock-ons too of course. The cleaner, clearer and more standardised the data that makes up an ESG report, the more transparent and trustable an organisation becomes. This in turn results in benefits outside of just compliance.

It matters not whether financial institutions are keen to move to digital solutions for ESG reporting, or whether they will be hesitant towards adoption: things are changing, and they are changing fast.

As things stand, whilst there is certainly interest from authorities, a mandatory streamlined system hasn’t been imposed on the sector. Instead, there is a welcome window for organisations to digitise and streamline their processes, and making them more transparent and trustable. To seize the initiative, before it’s seized for them.

These are not challenges unique to one company: they are being faced by industries as a whole, and in the case of the financial sector, DLTs are providing an obvious solution.

It is only a matter of time before laws are changed to require the disclosure of ESG data. At the moment, there is a clear and present opportunity to get ahead of that the competition, and DLTs are the mechanism by which to do so.

Women In Technology That You Should Know (But Probably Don’t)

Helpful SaaS Softwares to be aware of as a Freelance Designer