INFLUENCE OF THE RISE OF MACHINERY ON BRITAIN’S WORKFORCE 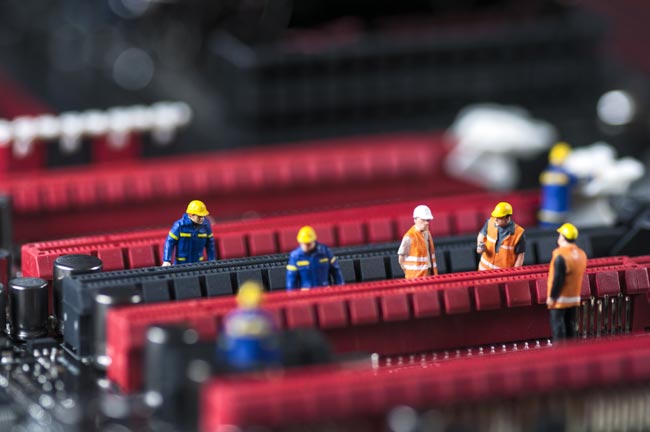 In a digitally forward culture, technology is fast becoming the life-blood of businesses and communities. Robots are now capable of doing pretty much anything. In April of last year, the UK Company Mobey Robotics launched the world’s first robot chef. It was capable of mimicking the kitchen skills of a human chef and recreating them without error or breaks. It is now possible for robots to complete creative tasks such as writing basic music, art and writing articles. It feels as though there isn’t a profession that won’t be affected by the rise of robots in the workplace.

The case for machines in the workplace has been proven again and again. Robots mean increased efficiency and quality along with decreased error and waste. Economically they are a strong investment for a company looking to cut costs. However, despite an initial sinister exterior, there are a number of benefits to employees. The less desirable and monotonous jobs no longer require humans to do them, this allows workers to focus on jobs that stimulate and excite them, consequently improving morale in the workplace

Robots were designed to aid humans in their everyday lives not to make them obsolete. In fact the word ‘robot’ comes from the Czech word robotnik; a term used to refer to slaves. There will always be a need for humans to oversee machines; they need constant maintenance and repair and in a technologically forward society machines need to be consistently updated to ensure they remain compliant and current. Therefore it can be said that instead of robots taking over our jobs, they are creating more. Even though it is difficult to see, there will need to be a lot more service technicians to ensure the machines continue to run at the standard businesses need to remain competitive in their respective markets.

Moods about the rise of technology vary but a new millennial generation who have grown up only knowing the digital world and are open to change are making their way into the workforce, this means companies are now able to be more open to adapting their technologies. The new generation are well equipped to deal with changes, the producers of the machines take a lot of the social software on smartphones and tablets that Millennials have grown up with and adopt it to newer technologies.

One of the best ways to look at the affect of machines in the workplace is through the recruitment sector. Cordant Recruitment is the second-largest privately owned recruitment company in the UK and has seen first hand how recruitment over the last twenty years has changed as a result of the rise of technology.

Shaun Simmons is Managing Director of Cordant Technical and Engineering, part of Cordant Recruitment. He commented, “We’ve not necessarily seen a dip in requirements of a human workforce, more that there is a different skill set needed to supplement the change in how companies work. Previously there were men and women working in factories putting car parts together, sorting food and packaging products, now that is done primarily by a machine.”

He continues. “However machines are unable to truly think for themselves, when they approach a problem they need a human to help resolve it. They also need a human to update and maintain it. So it is not that we are seeing a reduction in the number of staff required, it is just a different type of people with different skills.”

It will be a while before robotics actually become a task force in the average business; the cost of human labour is, currently, much cheaper than the cost of installing and maintaining a machine. This may change over time but at the moment it means jobs are somewhat safer than initially thought.

BLOCKCHAIN: A CASE FOR THE GENERAL LEDGER