As momentum for the Northern Powerhouse builds, more and more investors are looking to the north of the country. However, Oliver Ramsden, Founder & Director of Aspen Woolf, leaders in providing wealth building opportunities for investors through property, believes investors should take it one step further, looking to the north of Liverpool’s bustling city centre to uncover hidden gems of its property market.

We spoke with Oliver after his most recent visit to Liverpool in relation to the changes taking place throughout the city, and which postcodes are showing the most promise to investors.

“What makes Liverpool unique is its young population, nearly 45% of the city is under 30, and many are young professionals and

renters looking for quality accommodation that is still lacking in many of the city’s central postcodes.

“For investors, the trick is to spot the next hotspots early. While in Liverpool I spent a significant amount of time walking around the dock area, checking on different builds and their progress, and even for someone that travels to and from Liverpool often, the change I’ve seen in such a short time is simply astounding. The Baltic Triangle, The Georgian Quarter, The Docks, all these areas that stagnated in the past are all thriving now. It was really exciting to see.

“Our top tip for investors looking to Liverpool in 2017/8 is to head north of the city centre, around the Vauxhall area. The area is benefitting from a wealth of investment with road expansions, new train stations, a brand new football ground and new cruise terminal to boot. We’ve witnessed a huge spike in planning applications granted in the area, which is always a good indication.

“The L3 postcode will be very different in 5-10 years’ time. Prices are still low but that won’t last long if we’re to go by what’s happened in other parts of Liverpool in the past 5 years.”

One property set to benefit from its L3 postcode is Aspen Woolf’s Eldon Grove. Having provided some of the best pre-war social housing built by Liverpool city council, Eldon Grove set a new standard for the whole country and was officially opened by the Countess of Derby in 1912. 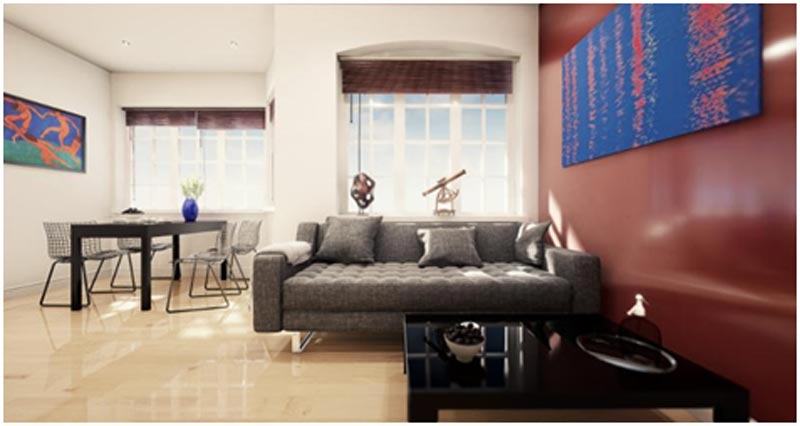 The layout, with its central square, well-maintained garden and bandstand, along with the chocolate-box look, helped create a vibrant community, lifting up some of Liverpool’s poorest residents.

Incorporating three original Grade II-listed blocks alongside three new blocks of stylish and contemporary apartments, New Eldon Grove has been carefully designed to preserve the heritage of the site while serving the needs of a new generation. Comprised of 45 apartments including 1,2 and 3 bedroom units, New Eldon Grove is Set within peaceful surroundings, yet on the edge of the vibrant Liverpool city centre.

Apartments situated in the original blocks have been re-imagined for 21st century living, with fully modernised fitted kitchens and bathrooms, while benefiting from the character of the Tudor buildings, with mullioned bay windows and their own front doors leading from the external walkways.

Approaching the Bank for your Startup Funding

Investors ignore the tech revolution at their peril