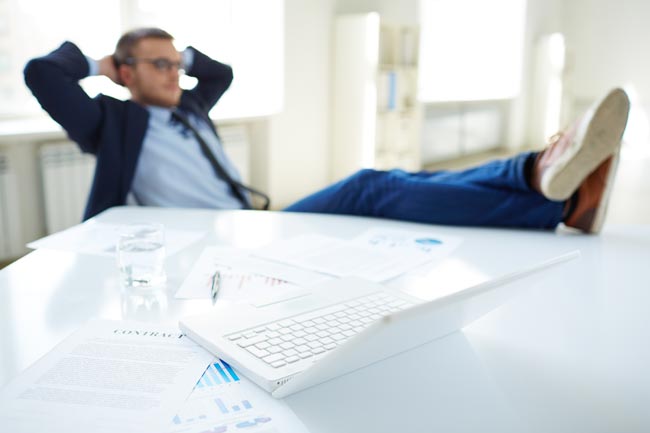 The risk of falling asleep behind the wheel increases significantly even after short-term disruption to sleep, a shocking new experiment commissioned by Time4Sleep.co.uk demonstrates.

Conducted in conjunction with the Transport Research Laboratory (TRL), the research shows driving without sleep is “akin to being drunk behind the wheel” and illustrates the full danger of hitting the road while tried.

The experiment was carried out with the 27-year old triplets Robert, Stephen and Patrick Davis, who were given a full night’s sleep, disrupted sleep, and no sleep, respectively. The disrupted sleep pattern was designed to imitate that of a parent with a newborn baby

The triplets then participated in a TRL simulation that replicates a 90 minute motorway drive in a real car. Each driver was instructed to stay inside lane of the three-lane motorway and drive at a constant speed of 60mph.

In addition, the triplets were asked to periodically rate their own level of sleepiness and flash their headlights when a red bar appeared on the simulator to test reaction times. A heart rate monitor gave alerts when the triplets heart rate dropped to a level classified as fatigued and the simulator recorded speed, acceleration and ability to stay in lane.

Robert, who had a full night’s sleep, had no fatigue alerts from the heart rate monitor and had the fewest lane departures (30 departures and a total of 39 seconds out of his lane).

Steven, who had disrupted sleep, had four fatigue alerts and left his lane a total of 58 times for a duration of 1 minute and 40 seconds.

Patrick, who had no sleep, not only received 12 fatigue alerts, but his ability to stay in the same lane was severely reduced, with 188 separate lane departures, equivalent to 6 minutes and 26 seconds travelling out of his lane.

Interestingly, it was Steven, who had disrupted sleep, who had the slowest reaction times. He failed to react ten times, which was twice as often as Patrick and substantially more than Robert, who had no missed reactions.

To support the research, Time4Sleep surveyed 1,000 British drivers, finding a huge 83% of admit to having driven while tired, with one in ten admitting to regularly getting behind the wheel while tired.

Almost one in three of those polled (33%) said they feel they have put people at risk in the past through driving while tired, with 19% admitting they felt they were in danger of causing an accident. Men were significantly more likely to admit driving while tired at 40%, compared to 28% of women.

Jonathan Warren, Director at Time4Sleep.co.uk, which commissioned the research, said: “As a bed and mattresses retailer, we know sleep is very important and affects our health and wellbeing. What we found is that a lot of UK workers are putting themselves at risk, with the main reasons for getting behind the wheel when tired being for work related purposes.

“We hope our research and video will encourage drivers to think twice before getting behind the wheel after experiencing lack of sleep, and UK companies will consider how best to ensure their employees are safe when driving for business.”

Simon Tong, the principal psychologist at TRL who oversaw the experiment, commented on the findings: “The findings of our experiment reveal just how important it is to only undertake driving when feeling alert and having had sufficient sleep. The key finding here was the triplet with disrupted sleep  was affected as this is most common to real life.

“One dangerous aspect of fatigue is how it can come and go quite suddenly. You can get a false impression that you’ve overcome it, only to find that it strikes again a short time later when you perhaps aren’t expecting it.

“The triplet without sleep (Patrick) was driving on a different level, with terribly slow responses, imprecise motor skills and a self-confessed lack of control. He was unable to stick to a lane or speed and his driving performance was akin to being drunk, if not worse.”

Iain Temperton, Director of Communications for Road Safety GB, added: “We commend Time4Sleep.co.uk for investing the time and effort to highlight this very important issue. As you hear in the video, one in five road crashes are attributed to fatigue, which makes it a significant factor when considering the safety of our road network.

“Many of us have experienced disturbed nights looking after children and many of us have also driven the following day. Driving or riding a vehicle is a responsibility; this video clearly shows us that doing so on reduced levels of sleep increases the likelihood of death or injury. I would urge all drivers to watch this video and would like to thank Time4Sleep.co.uk for producing it.”

For more information on how the experiment took place, please visit the information hub at www.time4sleep.co.uk/dont-drive-tired

Setting up a business in the UK? Here’s what you need to know.