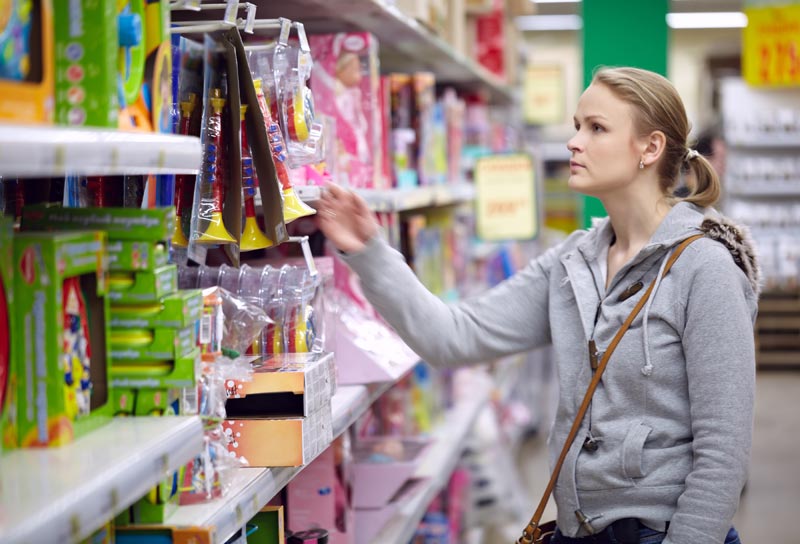 With Christmas fast approaching, many parents will be panicking as to which gifts to buy their little ones, but which toys are least likely to be abandoned come Boxing Day?

Financial services provider 118 118 Money is helping ease parents’ panic with new research into the most cost effective toys to buy this Christmas.

The YouGov study of 1,059 parents with children under 18 years old asked which toys parents bought their children last Christmas, how much they paid for these and how often their children have played with the toy since.

Thankfully for cost-conscious parents, small outdoor toys, such as bats and balls and water pistols, came out as the most cost effective buys, with the mean spend on this toy group being £22.48 and average plays since last Christmas being 53, giving them an overall cost per play of 42 pence.

The top 5 most cost efficient toys*:

Topping the list of most popular toy purchases last Christmas were board games, including family favourite Pie Face, with more than a third (34%) of parents buying a board game for their children under 18 years old.

However, board games also had one of the lowest cost efficiency scores, costing an average of £1.11 per play and only coming out of the cupboard on an average of 25 occasions since last Christmas.

It also seems that spending bigger on toys may not always be a bad idea. Games Consoles garnered the biggest average spend of £220.68 last Christmas, however they also had an average of 170 plays over the past ten months, giving them a cost per play of £1.30 – not much more than smaller items such as board games or building toys.

Commenting on the study, Mark Burgess, Chief Operating Officer at 118 118 Money, said: “With Christmas just around the corner, many parents feel under pressure to buy their children the latest toys and gadgets, and with toy trends changing so frequently it can be difficult to keep up!

“Our research has shown that parents needn’t panic in the run up to Christmas and that, when you shop around for the best deal, the larger items such as Playstations or iPads can make for a better investment than the smaller ones.”

For more advice on buying toys and gadgets for children, visit: https://www.118118money.com/blog/keeping-up-with-the-kids/

Grandparents ‘gifting’ £5,000 worth of childcare a year to average UK family

Mull it over: Living near the UK’s best Christmas markets