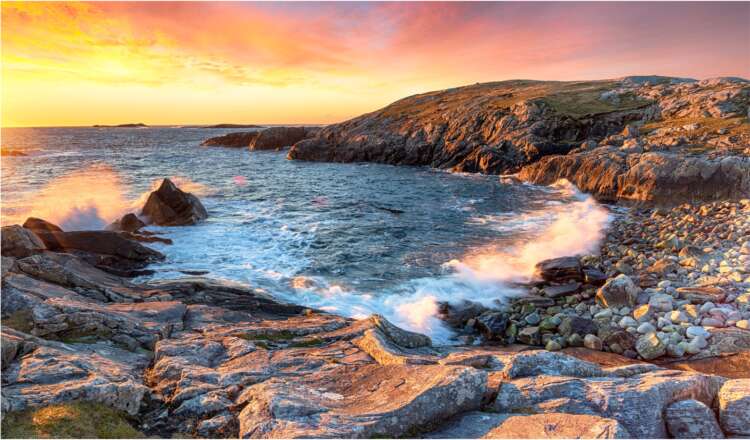 Recent research by Quote Goat, an insurance, finance, and energy comparison site for consumers and businesses, has revealed the 24 most difficult locations to deliver parcels to just in time for Christmas.

The list not only highlights the ‘hard to reach’ postcodes under each region, but also details the time and cost sanctions that apply – which range from an additional £21.50 in courier fees plus 5 extra working days in delivery time through to zero added time and costs.

The following five locations not only topped the charts, but also require individuals to plan further in advance and fork out additional fees should they want presents to reach their remote loved ones on time this Christmas… With the added help of a drone or two!

Admittedly, it’s not the most surprising reveal in the world to find that Orkney ranks at number eight on the list of difficult-to-reach locations: a collection of islands off the northern coast of Scotland is, after all, about as remote as it gets.

In fact, delivery difficulties in Orkney have led the Royal Mail to take drastic new steps – including, in October, the trial of a drone-based postal service, allowing flying robots to deliver up to 100kg of post to some of the island’s reclusive residents.

The remote Orkney Islands might be lonely places, but they’re in good company on this list! The Isles of Scilly rank at number one on the list of most difficult-to-reach delivery locations – and, like Orkney, the Royal Mail has been resorting to drones to carry vital supplies like COVID tests and PPE to residents.

For those who need to use couriers, however, time and expense will quickly mount up with all delivery services charging additional fees.

It’s not all surprises, of course, and the Outer Hebrides rockets us back up the list to number two.

In fact, Scottish islands like this have been historically associated with the ‘Postcode Penalty,’ whereby around a million Scots face additional fees for deliveries – with island communities in particular facing a 500 per cent mark up compared to standard delivery prices, according to Citizens Advice Scotland.

When you consider the fact the Shetland Isles are actually closer to Norway than they are the Scottish Capital of Edinburgh, it probably comes as no surprise that they were ranked as ‘6th’ most difficult location for delivery this Christmas.

What’s more interesting is that a recent report by the Royal Mail revealed that individuals living in Shetland’s main town of Lerwick received more mail and parcel deliveries than anywhere else in the country on an annual basis – even beating locations like Central London.

So, what do these prices and timescales look like? Let’s take number four on our list (the highlands) as an example.

If you wanted to send a parcel to – for the sake of argument – Invergarry via courier, you could face delivery charges of £21.50 and between three and five working days of additional delivery time.

So, if you’re the kind of person who likes to save your shopping for Christmas Eve, maybe spare a thought for your remote or island-bound relatives – who may otherwise find a surprise package dropped off by drones sometime in the New Year!

Brought to you by Quote Goat