THE SURVIVAL OF THE BANKING INDUSTRY 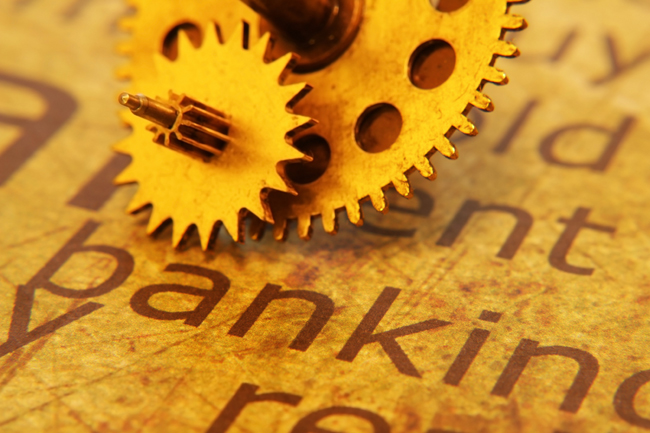 Since the onset of the financial crisis, the level of ‘bank bashing’ has reached new heights. From Libor manipulation to tax evasion to the misconduct of selling products, perhaps it is not surprising that confidence in the financial services sector has plummeted.

Despite this, it seems that the tide is turning. An improving economy, tighter regulation and greater freedoms has led to Britons feeling more upbeat about the financial services industry, according to a new report from member-based advisory company CEB.

Drawing on results of 18,000 consumers in 25 countries, including over 1,000 in the UK, CEB found that UK consumers are more confident in the banking industry than at any other time in the last three years, as it investigated financial sentiment and activity across the globe.

Beyond their personal financial wellbeing, Britons’ improving picture of banks also appears to be driven by banks’ investments in digital and mobile channels. The British Banker’s Association (BBA) reported earlier this year that the number of people going into branches to do their banking has fallen by 30% in the last three years, with visits to local branches limited to addressing complicated issues only.

Smartphones and tablets are becoming the fastest-growing channels for personal banking, reducing the need for physical branches and causing banks to pour the lion’s share of new investments into new technologies. BBA statistics showed the use of mobile banking has jumped to 27% in 2014, compared to just 8% in 2010. It is clear that these investments were not a waste but crucial for the industry’s survival.

The individual experience between a customer and their bank is also a critical part to fend off the bank bashing, according to CEB’s report. Its data shows that a robust 36% are satisfied with the products and services offered by their financial providers, which is more than double the global average of 17%. It goes to show that not everyone is taking on mob mentality and actually, individual experiences are part of what has changed the minds of more than a third of British consumers.

There has also been a surge in cash-flow, as UK consumers are feeling more positive about their own personal finances, putting more money into savings and paying off more debt as a result of the ongoing economic recovery. CEB’s data shows that this is the first time since 2012 that consumers across the board are making headway with their cash and finances, with the harder hit lower income and middle-aged consumers also making clear gains.

Having addressed what needed doing, the industry has also tackled who they needed to make up to following the financial crisis. The answer is millennials and their efforts to modernize and digitalise seems to have paid off. The CEB data found that young people are feeling more than twice as confident in the banks compared to three years ago. 41% of consumers aged between 18 and 29 said they felt satisfied with the financial products and services available to them, a significant leap from just 18% in 2012.

Expanding employment opportunities and a growing sense of financial security is another likely the key driver behind this dramatic recovery. CEB’s data shows that 39% of younger consumers were able to pay off debts and put more of their income into savings, a 14% rise from six months ago. Banks’ increasing proficiency in providing convenient products through online and mobile channels is also likely playing a supportive role with this tech-savvy generation.

Emerging financial technology firms, with cleaner reputations and easy-to-use products, are also becoming more dominant in the mainstream. This is important for the younger generation, who are more likely to turn to these technologies and non-traditional players to make life easier for themselves. CEB data shows that current levels of proactive management among this 18-29 age group remains significantly below the UK average. With new players and new technology, there could be scope to encourage younger consumers to finance milestone purchases, such as homes and new cars.

However, despite the positive direction of consumer sentiment and the progress made on the digital front, most people across age groups remain deeply wary. Technology has benefited financial institutions, new and old, but it has not wiped the slate clean. Providers have a long way to go in improving factors such as trust and how they explain their fees. A net 44% of people have “little or no confidence” in the ability of the banks to keep their promises in the first place.

The motivations and values of the banking industry as a whole also continue to be questioned. According to the research, 51% said they did not believe that banks care about their customers. The uptick in confidence is important to take note of. However, the sector needs to realise that this is most likely down to improvements in how individuals are feeling about their own finances, post-election stability and a financial industry that seems finally able to stand on its own feet again.

The traditional sector has a long way to go to prove that they have not only proven their competence in the digital space but have changed their values and culture from the inside out.