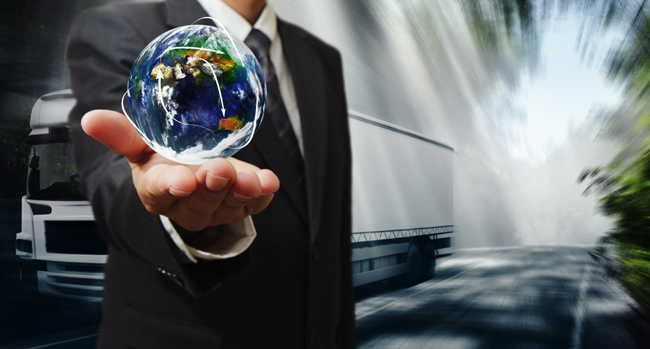 The investing world experienced a difficult start to the year, as plunging oil prices and concerns about slowing growth wreaked havoc on financial markets from New York to Tokyo. While markets have rebounded sharply in the second quarter, strong headwinds are expected to make the rest of 2016 an especially difficult one for investors.

Heading into the warmer weather, investors should keep pace of five important trends that are likely to simmer.

Oil prices have rebounded sharply from their February bottom, but that shouldn’t stop oil-rich nation states from diversifying away from energy dependence. Saudi Arabia, one of the world’s biggest oil producers, recently announced plans for a $2 trillion mega-fund that will help end the kingdom’s dependence on oil. With oil prices expected to remain very low for the foreseeable future,[1] governments in oil-rich countries will be forced to seek new avenues for generating revenues. This is expected to create new opportunities for investors to tap into emerging sectors in places like Latin America, Eurasia and the Middle East.

Britain’s forthcoming referendum on European Union membership has major implications for the rest of the continent. While recent polling data suggests a neck-and-neck tie between the Leave and Remain camps,[2] most political analysts expect Britain to remain part of the European Union after June 23, the date of the so-called ‘Brexit’ vote. However, the backlash against a unified Europe won’t end there. Nationalist movements across the region are making a stronger case for rejecting the EU. Combined with a fragile economic recovery and a highly controversial refugee crisis, the summer months might create a more uncertain investing climate. In finance, uncertainty is usually associated with volatility.

Volatility is interesting to measure because it is mean reverting. This essentially means that periods of below-average volatility are usually followed by periods of average or above-average volatility (and so the cycle continues). Most discerning investors realize that volatility will make its way back to the market at some point, depending on a host of technical and fundamental indicators that are outlined above and elsewhere. The CBOE VIX Volatility Index – Wall Street’s preferred measure of market uncertainty – has been trading significantly below its historical average since early March. Volatility may make a return in a big way this summer as overbought markets begin to cool down.

The International Monetary Fund (IMF) recently cut its global economic outlook for the fourth time in a year,[3] citing weak Chinese demand, volatile oil prices and heightened political risk as the main barriers to prosperity. The IMF slashed its global growth outlook for the year to 3.2% from 3.4%.[4] Don’t be surprised if the international lending institution cuts its outlook yet again in July. It will likely have very good reason for doing so. The global economy faces several interrelated challenges, including a broad slowdown in China, stagnation in Europe and Japan and imbalances in advanced industrialized nations like the US and UK. A slower growth climate usually has a negative impact on things like consumer demand and inflation. Expect central banks to respond to these forces by keeping monetary policy highly accommodative throughout the summer months. Even the US Federal Reserve, which is actually on course to raise interest rates, isn’t expected to tighten policy until the end of the year.

Many analysts are convinced that the global stock markets are overbought. They also realize that this is largely in response to them being extremely oversold through the first six weeks of the year. The pendulum swung sharply in both directions during the first quarter. The fundamentals suggest that same pendulum will land somewhere in the middle of both extremes. In this case, “the middle” is a low-yield environment characterized by greater risk aversion. As the excitement from the oil rally fades and investors come to grips with a deepening recession on Wall Street, the bears are likely to control the market again. This might occur long before summer, but should intensify after May when the ‘Halloween’ effect dies off. This strategy is aptly conveyed in the phrase, “Sell in May and then walk away.”[5]