Top 5 Ways Businesses Can Save on Energy Costs in Q4 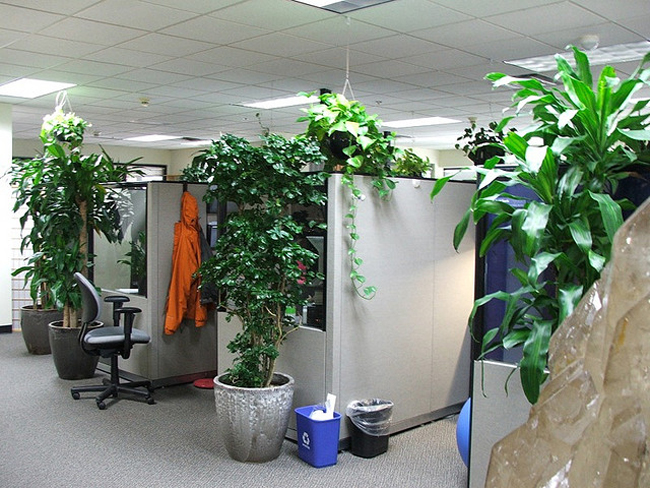 We’re creeping towards the time of year when newspapers go crazy with their shock-inducing weatherisms and the Met Office, somewhat bizarrely, is already using social media to encourage people to #nameourstorms. While the threat of a “Polar Plunge!” and “Weather Bomb!” are almost always exaggerated, it is nevertheless important that businesses prepare themselves for the colder conditions.

The UK’s ‘Big Six’ business energy suppliers have come under increasing pressure to lower their prices this year, and it seems that declining global wholesale energy costs are steadily translating into financial savings for consumers. However, there’s always a worry that as levels of energy consumption go up in the winter months, prices will follow suit.

All companies are different, and the amount of gas and electricity you use will very much depend on the industry in which you work. According to statistics provided by British Gas, the average office will report a 63% increase in gas usage from autumn to winter. While it’s inevitable that business energy usage will rise in the fourth quarter of the year, there’s no need for companies to pay over the odds to stay operational.

More should be done to educate people on how they can reduce their energy consumption by improving efficiency. Not only would this have positive effects on the amount spent on fuel bills, it should also encourage all businesses, big and small, to do their bit for the planet.

How to make your office building eco-friendly

Greenproofing your office needn’t be expensive, time consuming or disruptive – even the smallest changes can make a big difference.

According to the Carbon Trust, the overall energy bill of an eco-conscious office can be up to 65% lower than that of a standard workspace where no effort has been made to curb energy usage. Fixing draught-proof strips to doors, using heat-saving window blinds and ensuring that windows and doors aren’t left open unnecessarily are all simple measures that can save you a small fortune in the autumn/winter months.

Heating wars, meanwhile, are inevitable in the office environment. While one person will be sweating, you can bet there will be someone else sat there in their scarf. Always try to maintain a consistent temperature throughout the day, as constantly messing with the thermostat can be expensive.

Also, as we approach the fourth quarter it’s worth making sure that your office is set up to retain heat. Have you got adequate insulation? Is your boiler working to its optimum level? Have your radiators been bled so that your central heating system is working effectively? Being prepared pays dividends in the long run.

Brand new government statistics (released on September 10th 2015) show that 2,300 smart meters and 16,400 advanced meters were installed in smaller non-domestic properties by large energy suppliers in the second quarter of this year. It’s estimated that 621,400 smart and advanced meters had been added to these sites as of June 30th 2015. The number of meters installed in business premises has dropped significantly since the first wave of a national rollout in the third quarter of 2012, though it’s still hoped that all UK premises will have one of these devices running by 2020.

A lot has been made of the benefits that these devices can have in homes, but it’s worth pointing out that businesses can make use of them too. Primarily, the meters will cut down on unnecessary admin, as they will send energy usage readings directly to your business energy supplier. They’ll also give you a better idea of how much power you’re using, and more importantly, wasting. This takes us on to our next point.

Here’s some useful insight into unnecessary energy consumption in offices, courtesy of the University of Cambridge:

When put into this kind of context, some of these statistics are mind blowing. Many of us assume that there’s no harm in leaving things switched on when they’re not in use, but it’s clear to see just how much energy and money we are wasting through sheer carelessness and laziness.

To ensure you’re not burning money, you’ll need to get your staff on board. By showing them these figures, they’ll get a clearer idea of how much their bad habits are costing the company.

A report by the Institute of Leadership & Management found that almost 94% of UK organisations offer flexible working provisions to staff in some way.

Businesses are under increasing pressure to improve the work-life balance of their employees, and this has resulted in new challenges from an energy-saving perspective. Some companies have essentially extended their office hours to allow staff to take advantage of more convenient shift patterns, which obviously means energy is being used for longer. It’s the little things that business owners tend to forget about, such as the cost of keeping the car park lights on after hours, which can really make a dent into their bottom line.

On the flipside, modern technology has enabled us to work whenever and wherever we please, which should benefit SMEs from a costs angle. If you can encourage your staff to work from home just one or two days a week, you can cut down on your office energy consumption and your workers will be happy that they don’t have to deal with the gruelling daily commute. Everyone’s happy!

Why is it that so many small business owners are yet to switch their energy supplier? For far too long, companies have been plodding along on a rollover energy tariff, paying far too much for their gas and electricity in the process. Customer loyalty is not always rewarded by energy suppliers and the fact that consumer organisations are already lobbying against the existence of ‘rollover’ contracts shows just how unfair there are, capitalising on business owner apathy.  However, thanks to increasing awareness, it appears that business owners are finally realising that they’ve been missing a trick.

The length of time it takes to switch providers continues to shorten, and it seems the long-term aim is to get changeovers completed within 24 hours. The whole process is stress-free and the potential gains are great – Love Energy Savings, for example, can help businesses to save an average of £1,772 at a time. Time is no longer an excuse, and neither is ignorance.

As we’ve shown in our five tips, there’s a lot that businesses can do to trim their energy outgoings. While it’s easier than ever to find better gas and electricity deals, we’re still very much relying on a proactive government to ensure rates remain competitive.

The government has announced this week (September 9th) that further measures will be taken to ensure that renewable energy subsidies are allocated in the most cost-effective way possible. Following public consultation, it’s been confirmed that pre-accreditation for new participants in the Feed-in Tariff scheme will be removed by October 1st. This means the government will have greater control over the subsidy levels being granted to projects in the time period between initial construction work and subsequent electricity generation. On announcing the plans, Energy and Climate Change Secretary Amber Rudd reiterated her intention to “keep bills as low as possible for hardworking families and businesses while reducing our emissions in the most cost-effective way”.

Phil Foster, MD at Love Energy Savings, said that while it’s important that small businesses benefit from the cheapest electricity deals possible, it’s critical that the government doesn’t pull too much money out of long-term renewable energy projects.

“This latest announcement comes shortly after the government confirmed that subsidies for solar and onshore windfarm projects will be reined in. While we need to understand the government’s requirement to balance the books, it’s crucial that we think of the big picture. We simply must reduce our reliance on fossil fuels,” Phil commented.

“The UK needs to find a sweet spot whereby carbon emissions are slashed while at the same time small businesses – which are the heartbeat of the nation’s economy – are protected against substantial energy price hikes. As we’ve discussed, small businesses can take matters into their own hands to a certain extent by introducing measures to reduce their energy costs, and this is particularly important in the colder months of the year.”

HOW DO YOU BUILD CUSTOMER LOYALTY? 3 STEPS TO FOLLOW

HOW CAN FINANCIAL INSTITUTIONS MAKE THE MOST OF DATA FOR THEIR BUSINESS?