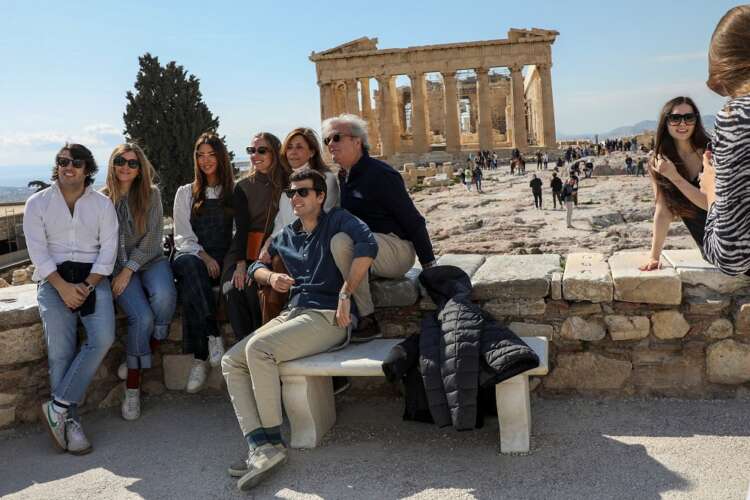 (Reuters) – Even if the number of visitors has still not quite recovered to pre-pandemic levels, Mediterranean countries are enjoying a much-needed boost as inflation and a strong sector recovery lift this year’s tourist spending and tax receipts higher.

The positive trend is one factor lending support to the heavily indebted economies of the region as they grapple with a spike in energy prices hitting both consumers and businesses.

Spain on Monday reported that it received nearly nine million passengers through its international airports in August – about 87% of those who arrived in the same month of 2019.

But higher prices meant tourist spending stood at 11.26 billion euros ($11.16 billion), nearly twice that recorded the same time last year and only fractionally down on August 2019.

The number of visitors to neighbouring Portugal beat pre-pandemic levels in July for the first time since the end of most COVID-19 restrictions, the National Statistics Institute (INE) noted of 1.8 million foreign arrivals that month.

That recovery, plus the impact of inflation, contributed to a 21.6% jump in tax revenues to 5 billion euros.

Italy’s tourist industry lobby Assoturismo estimates that 49 million tourists spent at least one night in a hotel during the June-August summer period – still 6.9% lower than in 2019.

Yet separate data from the tourist industry association Federturismo confirmed the same pattern as elsewhere: revenues from foreign tourists during the period almost returned to their pre-COVID, levels, with a decline of just 0.9% from 2019.

Greece’s finance ministry expects tourism revenues to top 18 billion euros this year, beating their 2019 record. Net budget revenues for the first eight months of the year came in at 39 billion euros, some 5.6 billion euros above target, thanks to higher-than-expected tourism receipts and higher VAT revenues.

The conservative government however has promised to spend the biggest part of the fiscal boon on energy subsidies.