UK BUYERS LEAD INTEREST IN 'MEGACITY' ISTANBUL, ACCOUNTING FOR 21.51% OF ALL PROPERTY ENQUIRIES 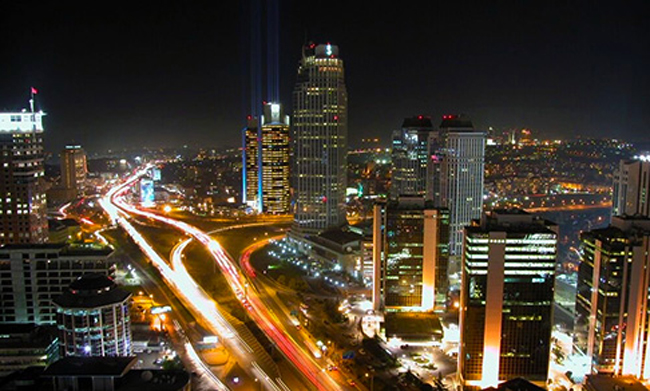 As an international hub, where East meets West, Istanbul has emerged as a city of business, culture and huge potential. The most recent report from global firm JLL confirms Istanbul’s title as one of Europe’s ‘Big Four’ megacities, standing alongside London, Moscow and Paris.

Istanbul was revealed as the most improved emerging world city during the last five years on a range of performance indicators and its economic fundamentals were highlighted as being stronger than many of its global peer cities.

JLL’s Index of Commercial Attraction sees Istanbul ranking amidst the world’s top 20 most important business hubs and that among its emerging world city peers, Istanbul stands out for having significantly improved as a trusted financial center, a home to innovation and commerce, as well as for infrastructure improvements.

It is the blend of all these attributes that is attracting prospective UK buyers to the city’s growing property market. Universal 21, the largest management company based in Istanbul, has certainly witnessed a wealth of interest from UK buyers, accounting for the majority of all 2015 enquiries in comparison to any other nation.

Their most recent statistics show that interest from the UK accounted for 21.51% of last year’s enquiries, considerably higher than USA interest that ranked second with 8.34%. Adil Yaman, Director of Universal21, is confident in Istanbul’s lasting worldwide appeal. He explains,

“As a city, Istanbul has become a key player on the international stage, enhancing its potential as an investment hotspot. Not only has Istanbul’s successful transformation into a global city of business now been recognised, but its unique location and historical architecture has also allowed it to preserve an element of wonder that appeals to prospective European buyers, especially those from the UK.”

Starting at £60,000, a range of spacious one, two and three bedroom duplex penthouse apartments are available. All either overlook the landscaped gardens or a newly appointed park soon to be completed and the project also has the benefit of 24-hour security.