Video: Making a claim on the insurance industry 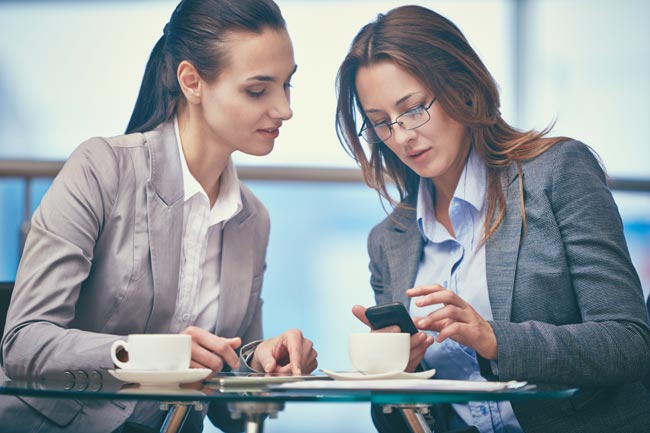 Video is set to be a powerful tool for the insurance sector. A number of leading insurance companies are already using audio and video to support various elements of their business, from the claims and underwriting processes to internal employee engagement and client communications. Video content helps capture key details and facts and also makes an effective knowledge-sharing tool.

The use of video on mobile devices is leading to the streamlining of car insurance claims, as well as improved claim accuracy. Mobile phone apps now allow a motorist involved in an accident, for example, to use his smartphone to record the scene, show damage, and take testimony from witnesses and the at-fault driver in a short video. The motorist can then upload this evidence via a mobile app provided by their insurance company. This approach allows the Case Adjuster to note critical sections in the video, such as where parties may have accepted responsibility. The Claims Adjuster can then access the video on his or her laptop or mobile device to quickly resolve the claim.

Video can also help to reduce fraudulent claims because seeing is believing: these can often represent as much as 10 percent of total insurance claims. In addition to the accident and disaster scene video capture benefits, other customer interaction applications that can be enhanced by adding video include:interviews, legal depositions, virtual appraisals and underwriting documentation for asset, home and building inspections.

Video can also help to boost recruitment, learning and training in insurance firms. For example, recruitment interviews can be done remotely using video, while online training, sharing best practices, and knowledge transfer between employees is all enhanced by adding video capabilities. The use of video has been shown to improve workflow as well as employee participation.

Social norms also play a part in the acceptance of video in business. People are more comfortable, more responsive and more interactive when they can see the person they are talking to. We take visual clues from the other person’s face, as well as from what they say. That is true even if that interaction is not in real time. Essentially, video is a more engaging and effective form of communication than just a phone call, and certainly more effective and informative than an email.

MetLife is a good example of how a key player in the insurance industry is using video on a day-to-day basis. Metlife, one of the largest insurance companies in the world, asked their employees for ideas on how to better communicate and engage colleagues. They suggested creating an employee-led social video platform. It was an idea that would become OneVoice. MetLife employees can record short videos that showcase how the work they do helps to deliver corporate strategy. Every time an employee uploads a video they tag it to an element of the strategy. Other employees can like, share and comment on each piece of content. After a successful pilot in UK and Romania, OneVoice was rolled out to a further seven countries. OneVoice is being rolled out to a further 10 markets, providing a truly pan-regional collaboration tool.

Video has enabled MetLife to  capture genuine and authentic employee voices and unlock good ideas that might otherwise have been lost. Crucially, OneVoice complements the traditional top-down communications and drives genuine bottom-up communications.

MetLife is not unique in its utilisation of video within the company. Other companies have recognised that colleagues and teams worldwide can connect and share best practices via video, as well as train on any new insurance products and services. They can then communicate and collaborate on what works best in their respective regions and under what conditions.

As we look a little further ahead, the use of drones as a way to obtain hard-to-get footage is another area that will resonate with the insurance sector. For example, for property claims – allowing quick and safe assessment of damage to houses due to storms, without risking ladder injuries. Going back to the car claim example, drones will also be useful for documenting and measuring accident scenes via video analytics.

The bottom line is that the best modern business practices to a large extent emulate current societal trends. The insurance industry is no exception. Integrating video into both business processes and interaction with customers is rapidly becoming a necessity.

*MetLife EMEA is a client of Kaltura

How will the Insurance Act 2015 impact customer satisfaction?