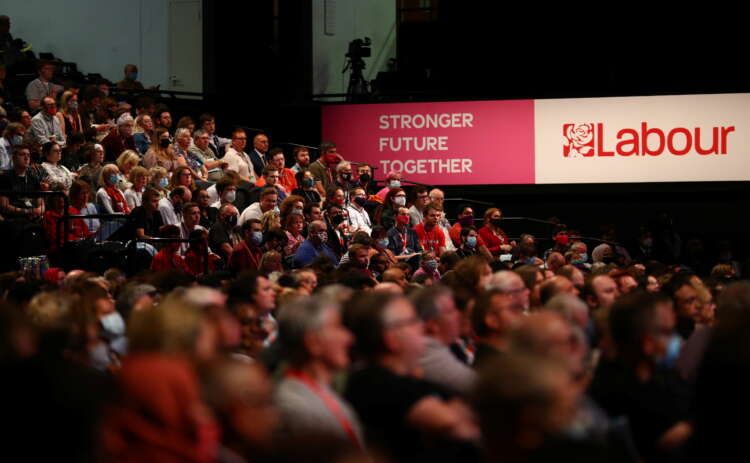 BRIGHTON, England (Reuters) – Britain needs to be more “clear-eyed” about the risks of Chinese investment in key industries like nuclear energy, the opposition Labour Party said on Monday accusing Prime Minister Boris Johnson of an inconsistent strategy toward Beijing.

In an interview with Reuters, Labour foreign policy chief Lisa Nandy said Chinese involvement in the British economy could not be stopped entirely, but that key industries needed to be better protected in the interest of national security.

“Some people have likened it to a Cold War type situation. It isn’t, it’s far more complicated than that,” Nandy said on the sidelines of Labour’s annual party conference in Brighton, southern England.

“We’ve got to be far more clear-eyed about the risks to the UK posed by Chinese investment and the Chinese government.”

But China remains involved in the construction of new nuclear power plant in southern England, working with French firm EDF.

That, coming alongside government criticism of both China’s role in the former British colony of Hong Kong and its treatment of Uyghur Muslims in its western Xinjiang region, amounted to a muddled foreign policy dictated by conflicting government departments, Nandy said.

“It’s no wonder that the foreign secretary hasn’t been taken seriously in Beijing, when he – now she – can’t even be taken seriously around the cabinet table,” Nandy said, referring to foreign minister Liz Truss and her predecessor Dominic Raab.

Earlier this year, Johnson’s government voted down parliamentary proposals seeking to ban the government striking trade deals with countries that commit genocide, after a row that focused on China.

A Labour government, which is not in prospect until 2024 if Johnson seeks a full term as prime minister, would echo U.S. legislation and ban the import of goods produced using modern slavery, Nandy said, citing cotton from Xinjiang as an example.

China has repeatedly rejected accusations of genocide and human rights abuses in Xinjiang.

Nandy’s call for a harder line on China echoes that of influential critics in Johnson’s own party, who, while welcoming his approach to Huawei, have expressed concern about the nuclear power project and the treatment of Uyghur Muslims.

“There’s been a consensus that has formed across the House of Commons that is realistic about Chinese involvement in Britain, but is also quite clear-eyed about it,” Nandy said. “Unfortunately, it doesn’t yet include the government.”