5 Ways That Start-Ups Can Attract Investors
Our website publishes news, press releases, opinion and advertorials on various financial organizations, products and services which are commissioned from various Companies, Organizations, PR agencies, Bloggers etc. These commissioned articles are commercial in nature. This is not to be considered as financial advice and should be considered only for information purposes. It does not reflect the views or opinion of our website and is not to be considered an endorsement or a recommendation. We cannot guarantee the accuracy or applicability of any information provided with respect to your individual or personal circumstances. Please seek Professional advice from a qualified professional before making any financial decisions. We link to various third-party websites, affiliate sales networks, and to our advertising partners websites. When you view or click on certain links available on our articles, our partners may compensate us for displaying the content to you or make a purchase or fill a form. This will not incur any additional charges to you. To make things simpler for you to identity or distinguish advertised or sponsored articles or links, you may consider all articles or links hosted on our site as a commercial article placement. We will not be responsible for any loss you may suffer as a result of any omission or inaccuracy on the website. 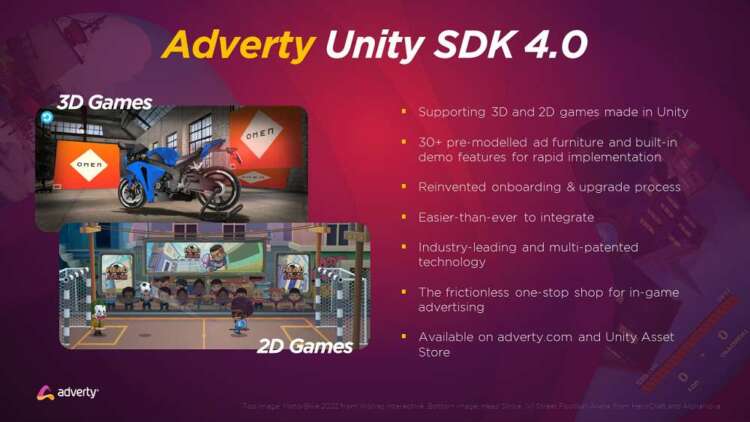 Adverty AB (publ) today announces the release of its SDK 4.0, with support for both 3D and 2D games, whilst providing developers with easier-than-ever access to its multi-patented ad technology for unobtrusive in-game advertising.

The leading in-game platform for advertisers, agencies and content creators has announced the release of its Unity SDK 4.0, including a new feature to support 2D games. Among its enhancements are an example library of up to 30 pieces of pre-modelled ad furniture for rapid integration. The significant upgrade also boasts a seamless, reinvented onboarding or update process for developers.

Calle Sténson, CTO, Adverty comments: “Thanks to this latest upgrade, creating effective in-game advertising with the Adverty Unity SDK 4.0 is easier than ever – it’s streamlined, it’s enriched, and it’s available to a wider range of games. Onboarding is easier too: SDK 4.0 is available via an easy, one-click update, and we’ve built in numerous examples of how to use its features – making it a frictionless one-stop shop for in-game advertising for any mobile game developer on Unity.”

In this way, Adverty’s upgrade adds additional versatility for developers, opening the door to the next generation of in-game advertising, In-Play™ and In-Menu™, in both 2D and 3D games. As an integral part of its upgrade, Adverty’s new example folder offers a variety of new ad furniture that comes ready to drag and drop into any game. These new assets include formats such as roadside billboards and crossings, city-scraper and roof-top billboards – all professionally created, optimised for mobile and ready for developers to use. 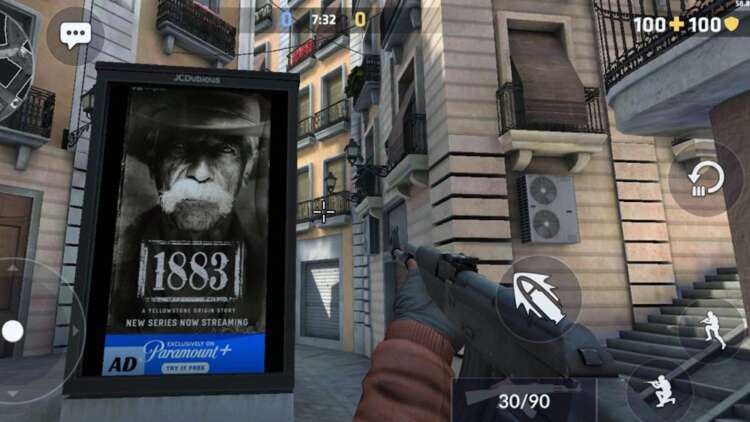 Calle adds: “This upgrade represents a labour-saving integration with in-built demo functionality. We are offering a full ‘demo scene’ – ready-to-use and with ad asset examples built in – to make it as easy as possible for developers to access what’s available and how to use it. All this means that any developer will be able to integrate the SDK without tedious integration steps. Every game across an ever increasing array – from fantasy-adventure to sports games, and from single-player, mobile shooter games to card and puzzle games.”

The Adverty Unity SDK 4.0 for Developers is available on adverty.com and at Unity Asset Store: https://assetstore.unity.com/packages/add-ons/adverty-monetize-100-of-gameplay-with-unobtrusive-in-game-ads-183869

5 Benefits to Updating Your IR Tools