Banking has come a long way in the last couple of decades. Gone are the days when managing money was a chore involving trips to the bank and waiting for statements in the post. Digital-first banks such as Monzo and Revolut, coupled with the introduction of Open Banking, were the catalyst for mass digitisation that changed the consumer banking landscape forever.

Established consumer brands responded to the pressures on them by embracing online and app banking and investing in partnerships with the newcomers. But with the pace of digitisation only set to accelerate thanks to the entrance of big tech in financial services, traditional banks face significant challenges to keep pace with digitisation.

Big tech companies such as Google, which recently announced its Google Accounts partnership with 11 banks, pose a problem for established banking brands who are already fighting to keep their customer base. Google’s massive influence is a factor, but from a technological point of view it’s their data that presents the biggest issue. Digital native companies are unencumbered by questionable data integrity, unlike established banking brands who have had to adapt legacy systems that were not designed for this level of digitisation.

Now established banks are faced with a choice: they must either invest in and embrace partnerships with big tech allowing themselves to be led by external data and insights, or they can take steps to improve data integrity management quickly and have access to their own insights which allow them to offer a customer experience that rivals the new big tech players.

Why is good data integrity important?

Data underpins all areas of banking, forming the basis for the entire financial ecosystem. If data integrity management is not up to scratch, the whole system is working from poor-quality information. This results in a hampered ability to uncover valuable insights about customer behaviour and ultimately stops financial services firms from keeping their competitive edge.

Data integrity is especially important when considering the digitisation race because without good quality data at their core, banks will be unable to make the most of technological advancements. If two people are cooking the same meal but one person’s ingredients are fresh and the others aren’t, they will both produce the same dish but to a hugely different standard.

Why is managing data integrity difficult? 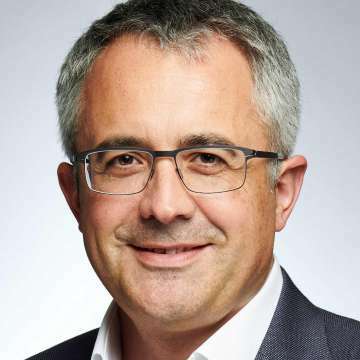 Managing data integrity is nothing new, but it’s a problem that’s getting more serious as banks grow in size and increase their reliance on technology. Data integrity has not improved at the same rate as growth and tech reliance. According to an MIT Sloan School report, poor data integrity is costing organisations around 15–25% of extra potential revenue. This is because poor data needs to be corrected and so institutions spend large sums of money correcting errors or seeking confirmation from other sources. Bad data can also lead to regulatory fines, which cost financial service firms hugely.

It’s the larger more established banking brands that are suffering the cost of poor data integrity far more than the digitally native brands, simply because newer brands are not held back by legacy technology and processes. And while it’s unlikely that digital-first banks and big tech will displace established banking brands overnight, the financial landscape may look very different in the future with newcomers accelerating technological advancements, underpinned by effective data integrity at their core.

We are at an inflection point in terms of data technology in financial services. Gartner argues that the world is within two years of reaching a “plateau of productivity” at which point it believes that CIOs will begin to see the true benefits of data integrity technology come to fruition. This is great news for the digitisation race, with traditional banks entering the plateau on equal footing with digital-first and big tech banks if they act on their data integrity issues now.

The new world of digital automation for banks

The reason Gartner believes we are only two years away from seeing the benefits of data integrity technology is because of the way the tech has evolved over the past few years.

One such evolution is the idea of “no code”. No-code technology is technology that people outside of the IT department can build without needing a computer science degree. This gives the people using the technology the freedom to use and customise it as they see fit for their purposes.

The fact that no-code technology can be implemented, accessed and understood by everyone also removes siloes that can be created by the IT department’s handling of data insights, effectively opening the door for innovation. The benefits are further enforced by robotic process automation (RPA), with which you can start to replace manual repeatable tasks with an automated process that’s faster and more accurate.

But, of course, these technologies will only function efficiently if they work from intelligent data. The lower the data quality, the more time you spend fixing errors, or dealing with exceptions, and the higher the operational inefficiency.

Everything, therefore, has to be underpinned by data that you can easily ingest, fully automate and control right across your financial, commercial and operational systems. There is only one way to realistically achieve that level of data quality — and that’s via the cloud technologies underpinned by machine learning processes.

The need for speed

Traditionally, achieving an acceptable level of data quality would take a long time, with coded systems generally having lengthy implementation processes that in turn take longer to show results. This has a cyclical effect on the issue of data integrity, as by the time the coded system is fully up and running, technology has advanced or the business need has evolved, making the coded systems out of date or not fit for purpose. Now, however, new no-code cloud-based approaches allow firms to make significant changes that can be scaled and adapted to meet the business need quickly.

So to answer the question in the headline of this article — “can banks compete in the digitisation race without effective data integrity?” — the short answer is no. At least not in the long run. With data integrity forming the foundation for all financial services, data integrity challenges significantly hold traditional banks back from making the same technological advancements as big tech and digital-native competitors. As the financial landscape’s reliance on digitisation increases, it’s only a matter of time before the issue of data integrity becomes front and centre for tech teams within the world’s biggest banks.

Open banking as a means to enhance social commerce security