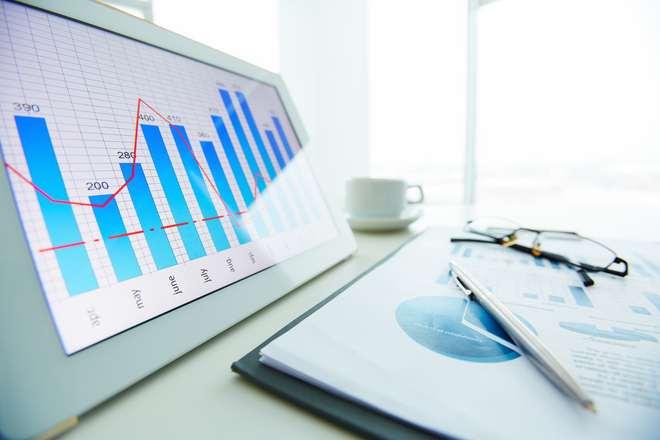 Yes, says Magnus Moller-Petersen, the EVP Sales and Marketing at global mobile device intelligence specialist, Sicap. “But only if operators are able to manage the standard RCS Universal Profile handsets and those built according to proprietary solutions”,

At present, only one in five of the world’s almost 700 LTE networks have enabled Voice over LTE (VoLTE). This service was introduced a decade ago and promised better communication for all with an ultra-fast call setup time, sterling usability and crystal-clear audio quality. The ultra-slow VoLTE roll-out pace is not surprising considering how difficult it is to launch this technology. What is slowing down VoLTE? Device makers are now shipping handsets with built-in RCS VoLTE Device Entitlement software. Will that finally get VoLTE going?

The majority of the global mobile operators have already launched 4G/LTE mobile broadband services and 5G rollouts are soon to come.

Despite this, only one in five 4G/LTE operators have launched the Voice over LTE service. With its undisputed end-user benefits which include a fast call setup time of 2-3 seconds, a considerably higher audio quality and improved usability, VoLTE is an untapped customer experience opportunity for operators.

In May this year, the GSMA reported that 661 operators in 205 countries are providing LTE mobile data services to customers with a total reach of 78% of the world’s population. Yet, only 138 operators in 68 countries offer Voice and Video over LTE services. Voice over Wi-Fi service is even harder to find – it is only operational in 33 countries and provided by 57 operators.

Why Operators Aren’t Going With VoLTE?

There are 1,218 different types of mobile device models that can provide support for this technology (according to the GSMA, May 2018). Despite the generous availability of handsets, a major stumbling block for the proliferation of VoLTE services has been the lack of automated device configuration.

This has made the sourcing of VoLTE handsets and consequent deployment of the networks and services costly and slow for the operators. To add insult to injury, handsets cannot simply connect correctly to the operators’ VoLTE services without automated device configuration.

The operators who launched VoLTE have had to perform extensive network configuration and interoperability testing to tune up their networks to be compatible with a limited selection of handset models to deliver a seamless end-to-end VoLTE service. In addition, network parameters have also had to be “hard-coded” to maintain the compatibility with the specific operating system software versions of the handsets. Costly and time-consuming network reconfiguration and testing procedures were needed if handset manufacturers rolled out device operating system updates, if they affected also VoLTE service parameters on the network side.

Another stumbling-block for the VoLTE rollout has been clumsy handset sourcing practice. Due to a lack of automated over-the-air device configuration, operators have had to order handsets with a pre-provisioned VoLTE device client software hard-coded with settings compatible with an operator’s network parameters.

For operators, this means complex network and service planning, lengthy handset delivery times and increased investments. Up to now, the only practical service launch has been with a limited range of device models. Needless to say, that decreases consumer interest towards the service.

And, in the unfortunate event of a network parameter change requiring a modification of handset settings, a time consuming device software update process also needs to be undertaken.

Software modifications for devices are delivered according to each manufacturers’ software life-cycle plan, and this means that the operator’s VoLTE parameter modifications are available on App stores after several months of waiting, depending on the scheduled release date of the next software update.

Is The Answer VoLTE Device Entitlement?

The solution could be VoLTE Device Entitlement, which is defined in the GSMA’s RCC 14 and RCC 15 specifications as part of the RCS Universal Profile (UP) standard, and which several smartphone manufacturers are rolling out into the device software, as we speak.

The GSMA’s VoLTE Device Entitlement is a standardized way for mobile networks to centrally and automatically authenticate VoLTE handsets, admit them to use the services they are entitled to, and to push corrects settings on a XML file to the handsets over-the-air. The Device Entitlement functionality requires a software client for each handset and a server, Device Entitlement Server (DES) on a network.

The process can be triggered by an event such as SIM card insertion or handset power-on, where the VoLTE software client on a handset automatically submits an entitlement request message over the HTTP/S protocol to a standard URL address. Each mobile network will translate this into the IP address belonging to the Device Entitlement Server (DES) residing on their core network.

In addition to VoLTE, these RCC specifications also include an identical entitlement procedure for the other standard next general communication services: Video over LTE (ViLTE), Voice over Wi-Fi and Rich Communications Service (RCS).

No, it doesn’t. Instead of implementing the GSMA-specified VoLTE Device Entitlement functionality, some mobile device manufacturers have chosen to use a proprietary approach, which is incompatible with the solution defined by the GSMA’s RCC standards. The proprietary entitlement implementations will coexist alongside the standard solutions, probably for the foreseeable time.

For operators, this means that simply supporting the standard VoLTE entitlement is not enough. Standard and proprietary entitlement solutions are required on each network to connect subscribers with VoLTE capable handsets of all mainstream manufacturers.

This is where device management solution vendors can help operators. A handful of global device management vendors have already been able to combine the GSMA RCC standard compliant and proprietary Device Entitlement protocols into one single DES solution. This allows operators to automate the VoLTE authentication, entitlement and configuration process for all handsets, regardless of which operating system they are running on.

Over the past decade, social networks and over-the-top (OTT) services have dominated the communication space. Despite 10 years of wasted time and billions of invested dollars, the telecom industry has not been able to deliver a comparable service proposition for its customers.

But don’t despair… Operators have 4G/LTE networks in place. They have access to an abundance of VoLTE handsets. Soon these handsets will be equipped with VoLTE Device Entitlement functionality and the only thing that will be needed is a VoLTE Device Entitlement Server (DES) to be added by operators on their core networks and then the world will be ready for VoLTE growth!

VoLTE Device Entitlement could be the missing link to finally enable operators to deliver an end-to-end user experience that matches up against the OTT competition and opens the floodgates for the proliferation of VoLTE, and other next generation mobile communication services!

The VoLTE Device Entitlement standard and proprietary solutions are explained in detail on this downloadable ebook at the Sicap website.

About the author: Magnus Moller Petersen is the EVP of Sales and Marketing at Sicap and has held the post since January 2017. He has more than 11 years of telecom sector experience. Before joining Sicap, Magnus led the sales and marketing departments at Mobilethink and Tweakker. Prior to this, he worked as an entrepreneur in his own start-up and as an independent technical consultant.